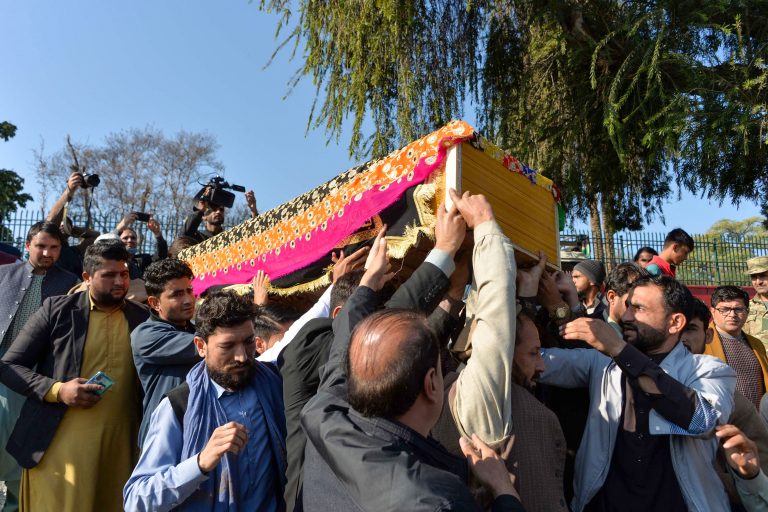 When Kabul fell to the Taliban at the end of August, 28-year-old Zahra Joya knew she needed to flee her newsroom. “All the women were in the streets trying to get home because the Taliban were very near,” says the journalist, who sat in heavy traffic for four hours while trying to escape. “When I arrived at home it was nearly 5 pm and my whole family was worried about me – about the situation and the future of Afghanistan.”

Joya is from the oppressed Hazara community (which the Taliban has persecuted in the past) and has experienced discrimination due to her ethnicity and gender.

“I was almost always the only woman in the room,” she says. It’s the reason Joya established Rukhshana Media in 2020. Named after a teenager who was stoned to death for adultery in 2015, the women-run news platform strives to disrupt Afghanistan’s patriarchal media landscape and society.

Since its inception, Rukhshana Media’s reporters have vocally opposed the extremist Islamist group and published many sensitive articles, such as a feature on girls who have been banned from school in regional Taliban strongholds and a human interest piece on the life of a divorced woman. Rukhshana Media has also written about a female district governor, reproductive health, domestic violence and, since the takeover of Kabul, what it’s like to live in a city devoid of working women.

The country’s female journalists have long faced backlash on social media, but it’s physical violence towards women in media that scares them the most. “If I were not a journalist, I would have stayed in Afghanistan,” says Joya, who escaped to the UK and was in quarantine in Manchester during our phone interview on 3 September. “[But] I’m talking about the Taliban on my personal social media [as part of my job].”

“I received some comments on my personal Twitter account from Taliban militants that say ‘America is your God’, [and that] we should stop publishing propaganda.”

73%
Of women in journalism have experienced online harassment

25%
Have received threats of physical violence

20%
Have been abused in real life following related online violence 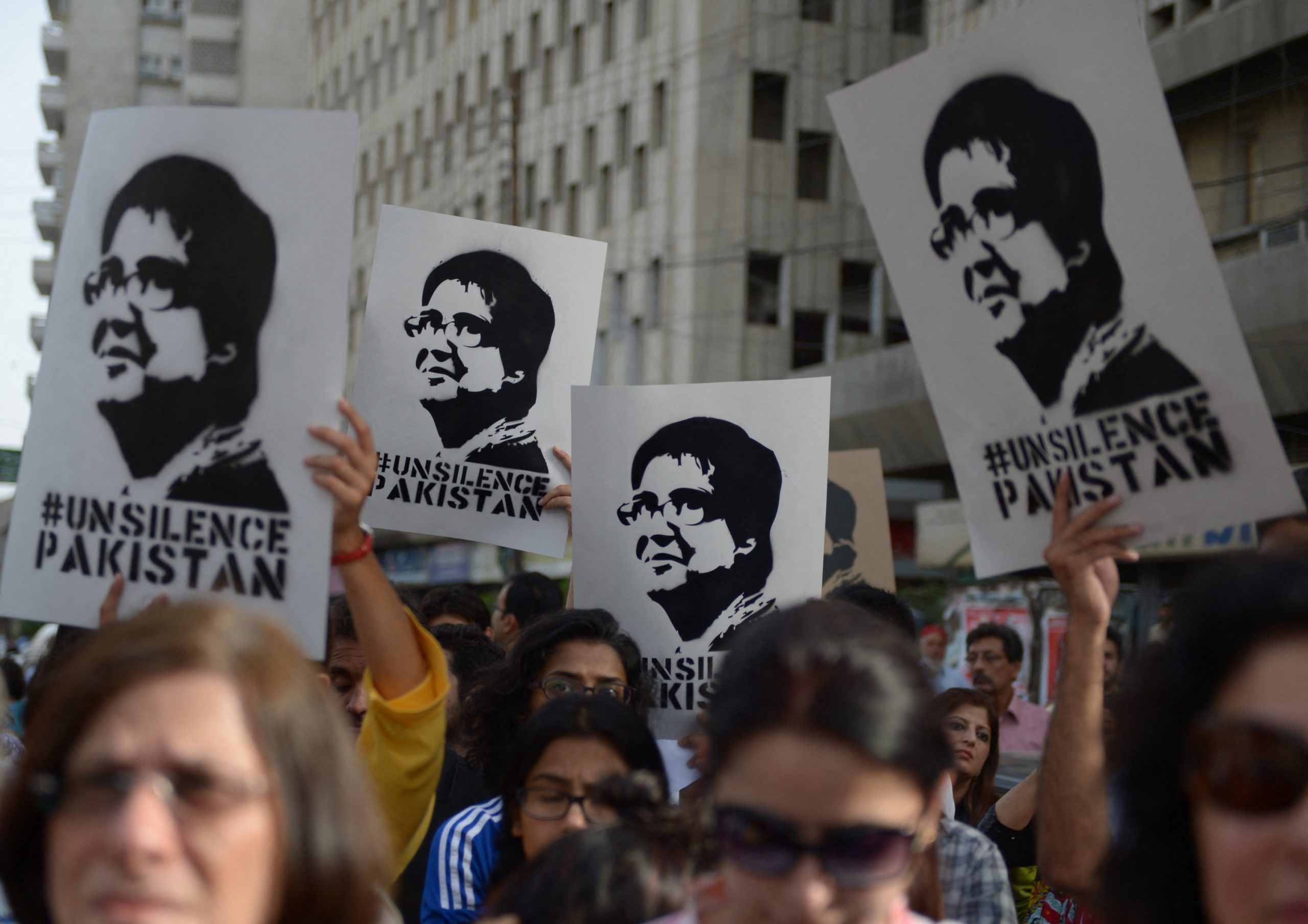 Joya says some of her interviews may have put in her in physical danger, too. For example, in 2018, Joya spoke with Taliban leader Abdul Salam Hanafi about women’s education and rights. “It is dangerous for myself and my family because [the Taliban militants] are still in Afghanistan. Maybe they follow [my family], I don’t know. It’s not clear yet.”

She has reason to worry. Female journalists have already been subject to targeted killings in Afghanistan. In December 2020, radio and television presenter Malalai Maiwand was gunned down outside a Jalalabad news station. A few months later, three more media workers, Mursal Wahidi, Sadia Sadat and Shahnaz Raofi were shot dead, too – and such violence against women is only expected to worsen with the Taliban’s return to power.

“All my female colleagues in the media are terrified. Most have managed to flee the city and are trying to find a way out of the province, but we are completely surrounded,” an anonymous 22-year-old journalist based in northern Afghanistan told The Guardian. “All of us have spoken out against the Taliban and angered them through our journalism.”

According to Reporters Without Borders (RSF) and the Centre for the Protection of Afghan Women Journalists (CPAWJ), only 39 female journalists were working in Kabul in early September. That’s down from 700 before the Taliban takeover, even though the militants have promised to protect women’s rights under Sharia (Islamic law).

Rukhshana Media still employs a handful of women, who stayed to document what’s happening on the ground. But it’s a dangerous choice. One female journalist, who decided to remain in Afghanistan and requested anonymity, said: “If we die, we die. If we don’t, we will have survivor’s guilt.”

To support women who have been targeted online or offline, media companies can: 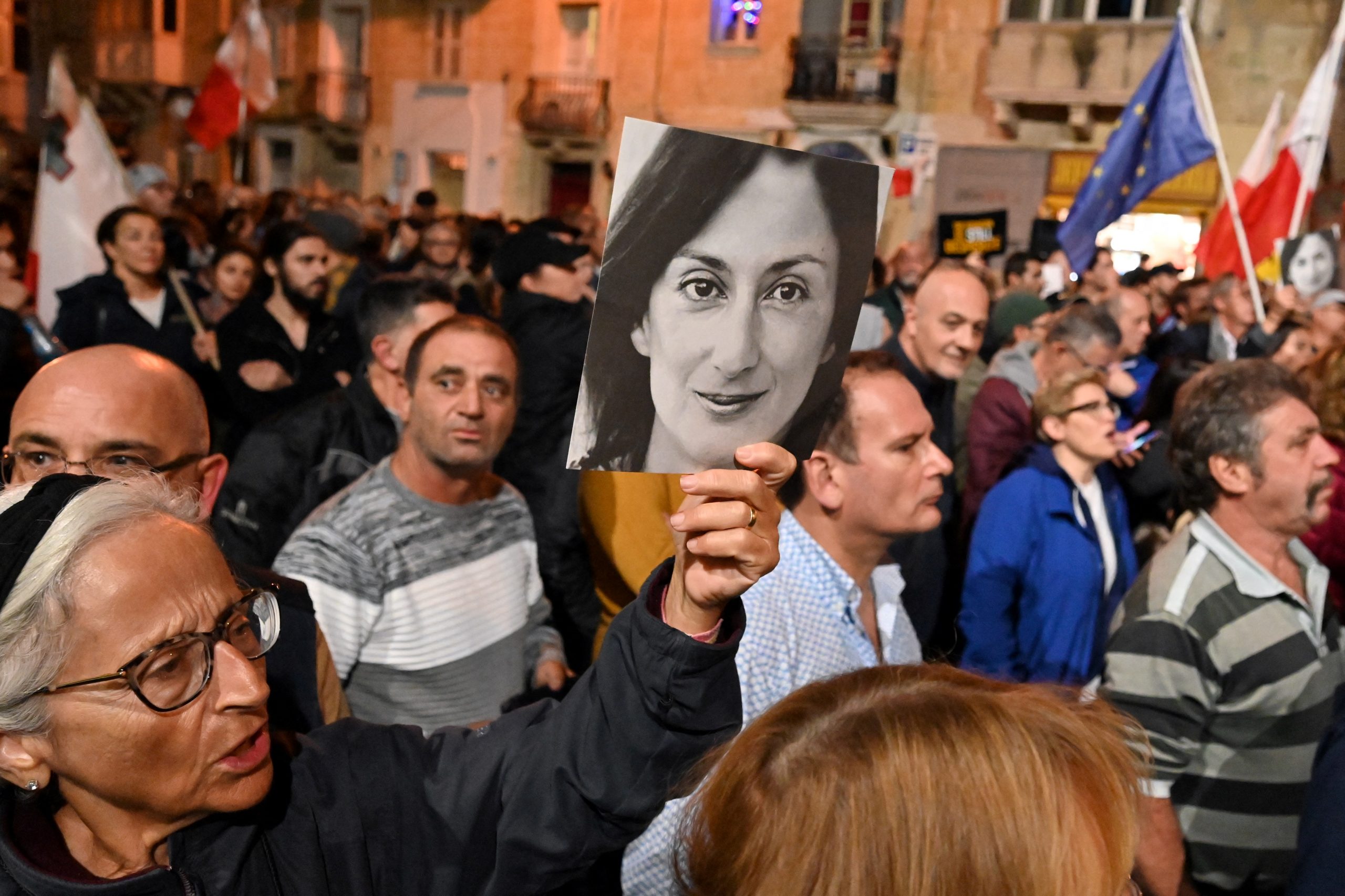 Threats to women in journalism aren’t limited to Taliban rule in Afghanistan. In Pakistan, female reporters face two sorts of threats, says freelance journalist Sabahat Zakariya. The first comes from the establishment, an army state that silences anti-government sentiments; the second, from readers.

In the comments section of Zakariya’s online articles and videos, which cover women’s treatment and rights in Pakistan, the journalist has been called a host of derogatory names: “whore,” “bitch,” “bastard woman” and the dismissive label “auntie” (which in Pakistani culture implies a woman is old and unattractive).

“As if somehow my value lies purely in how youthful or conventionally attractive I am as a woman,” says the freelance broadcaster, who has reported for the BBC and UNICEF. Other commenters have made specific threats: one man posted that he “would like to put a gun up [her] ass and shoot it.”

Zakariya tries not to take the comments to heart. However, in a country that once ranked sixth-most dangerous in the world for women with cases of rape, sexual abuse, domestic violence and murder on the rise, it’s difficult to shrug them off entirely – particularly when those threats materialise in the real world.

“A friend of mine, Sabeen Mahmud, who was a activist, was killed because of her ideas and views,” says Zakariya, referring to the 2015 shooting of a prominent Pakistani female righs activist who founded a media-technology firm and a community space for open dialogue. “Did she think that some threats she received weren’t real? Maybe. So it’s really hard to say.”

According to an article she wrote for Women’s Media Centre, Logan said agents from the Mubarak regime who were “intent on discrediting the revolution” targeted her.

“Sexual violence is a way of denying women journalists access to the story in Egypt,” Logan told the New York Daily Post after the attack. “It’s not accidental. It’s by design.”

The FCC strives to provide a safe place for members to work, network, learn, attend events and socialise.

Complaints about gender, racial and ethnic slurs or derogatory sexual terms or any form of bullying or harassment will be taken seriously.

Any member found to be in breach of this policy is subject to disciplinary measures. Sexual harassment may also entail civil and criminal liabilities. 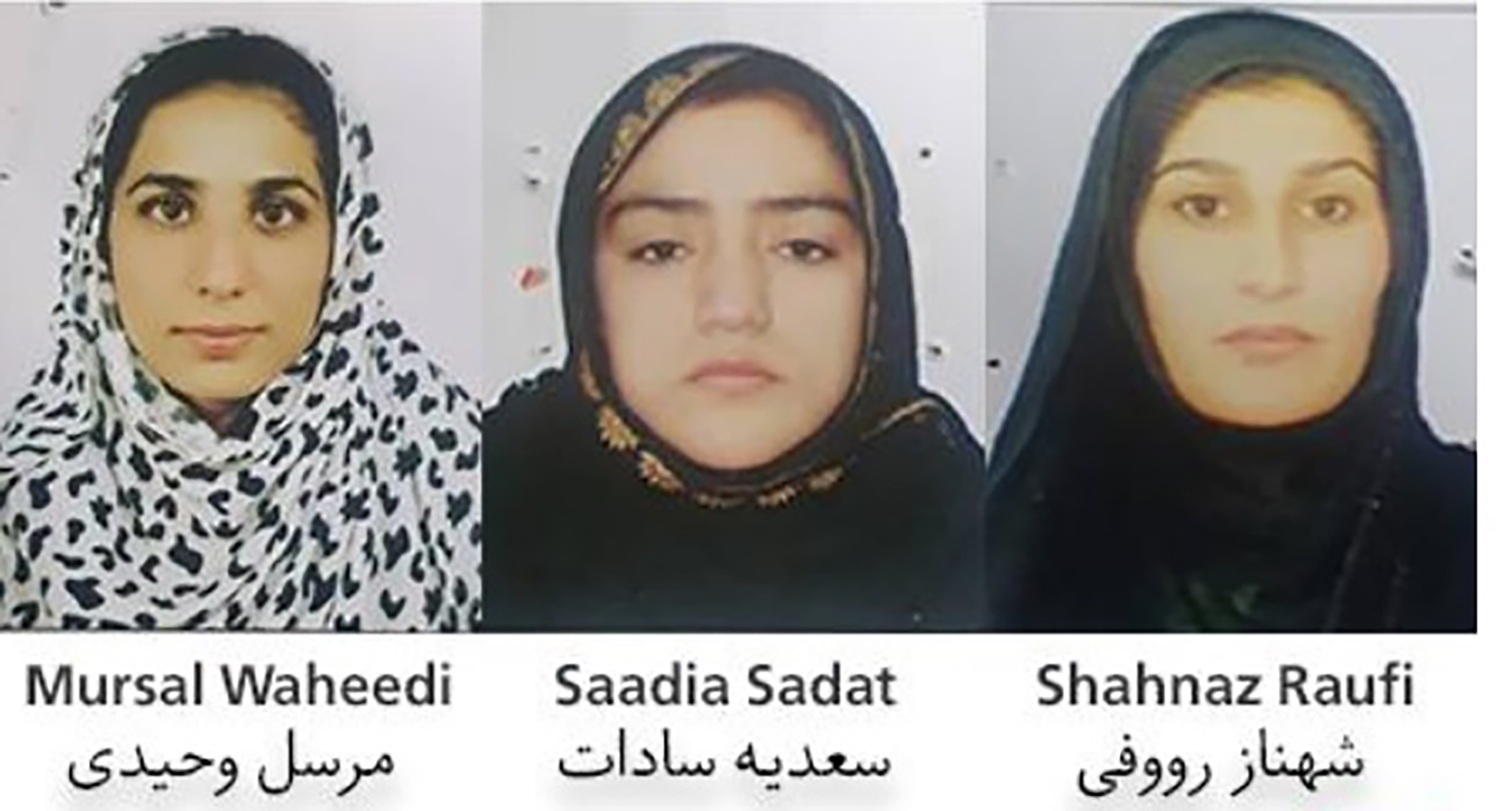 A UNESCO report, “The Chilling: Global Trends in Online Violence Against Women Journalists,” released earlier this year, found that nearly three-quarters of the 901 female journalists surveyed had experienced some form of online harassment.

This complements earlier findings by the Committee to Protect Journalists, which in 2017 found that journalists had received online threats before they were murdered in at least 40 percent of cases. This includes the deaths of Maltese investigative journalist Daphne Caruana Galizia and Indian journalist Gauri Lankesh.

A 2021 survey conducted by the International Center for Journalists found that 16 percent of women journalists said that online abuse was “much worse than normal” during the pandemic. Based on the report, a greater reliance on social media for newsgathering, live broadcasting and audience engagement drive the trend.

For example, New York Times journalist Farnaz Fassihi has faced online attacks from Iranian opposition groups and trolls in recent months. “They circulated a death threat video against me with my picture. They doxxed [discovered and disclosed] my home address and called for people to find and attack and rape me,” Fassihi told the Overseas Press Club of America in August 2021.

Zakariya, in Pakistan, blames the abuse on “anti-colonial drives or anti-imperialist sentiment.” There is a feeling, she says, that “feminism somehow symbolises a Western ideal, which has been imposed upon our culture.” 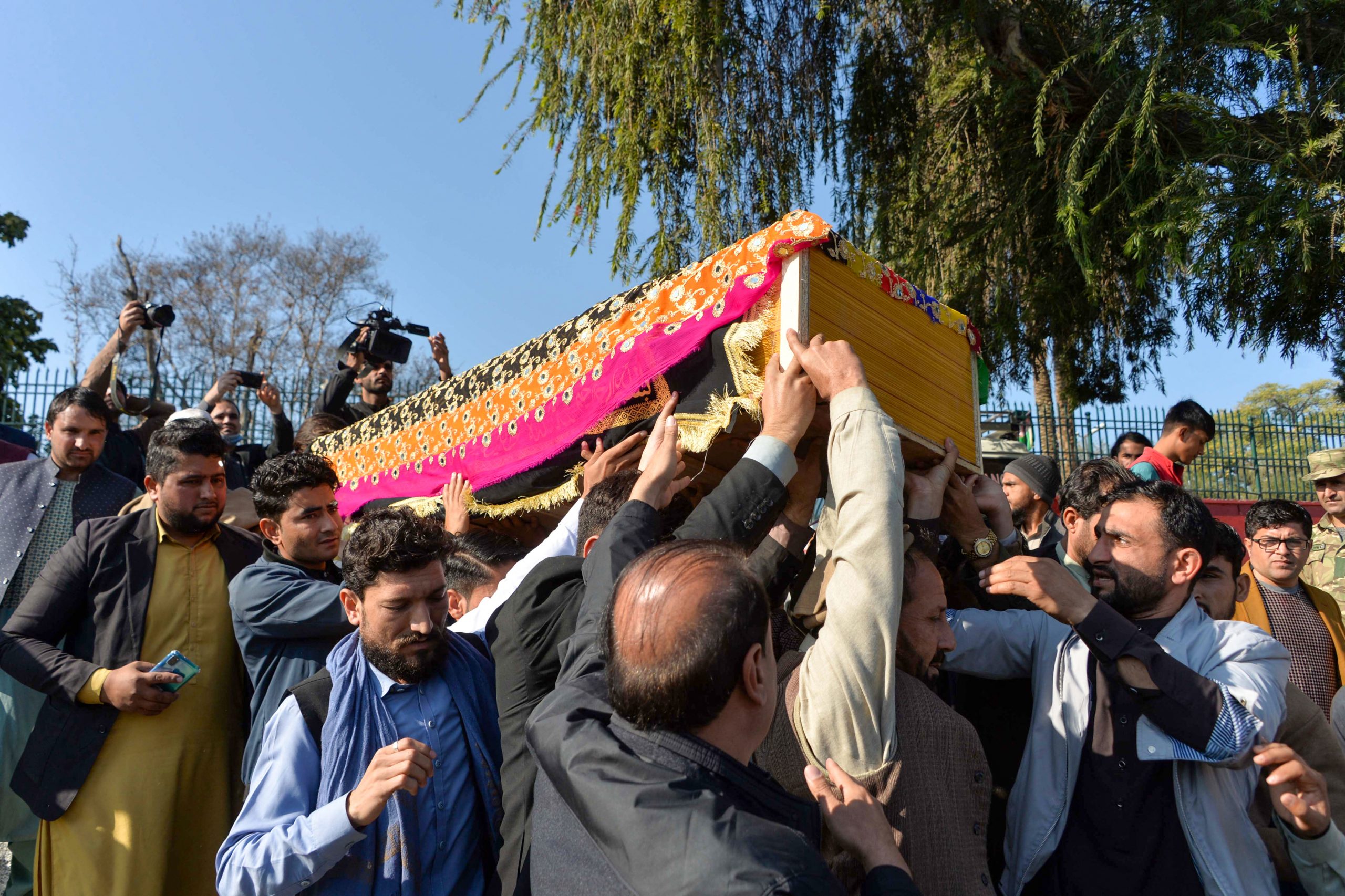 The nature of the job is another factor. Today’s journalists are often expected, if not required, to use social channels like Twitter as part of their work. “I think Twitter is the worst of the social media platforms, just because of the quickened and masked flow [of abuse] that happens,” US journalist Jessica Valenti told Amnesty International. “The content feels pretty similar across the platforms but the sheer volume of it on Twitter is different.”

Rappler’s Maria Ressa, in the Philippines, says Facebook should do more to protect journalists. The platform considers journalists to be public figures, which is problematic, she says. According to Facebook’s policies, the platform protects private individuals from bullying and harassment, but not public figures.

“Online violence against women journalists is designed to belittle, humiliate, and shame; induce fear, silence and retreat; discredit [women] professionally, undermining accountability journalism and trust in facts; and chill their active participation (along with that of their sources, colleagues and audiences) in public debate,” reads the UNESCO report, which tallies 2.5 million social media posts directed at UK-based Guardian journalist Carole Cadwalladr and Manila-based Filipino-American journalist Ressa.

In response to an investigative series on government disinformation, Ressa received an estimated 90 hate messages per hour on Facebook. They amount to “an attack on democratic deliberation and media freedom”, says the UNESCO report. Such abuse not only impacts the public’s right to access information but also normalises abusive online discourse. 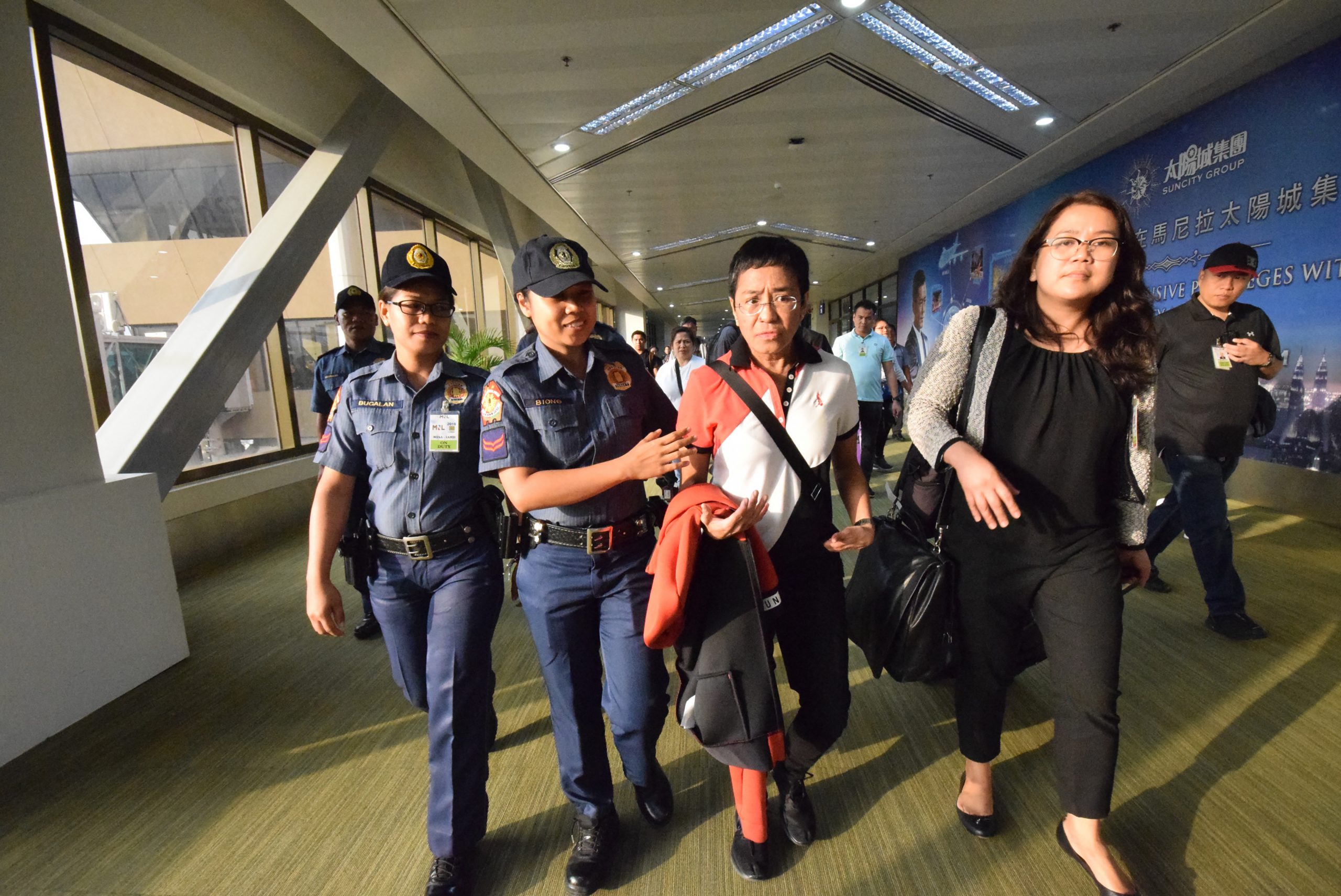 Police escort Philippine journalist Maria Ressa (second from right) through the airport in Manila on 29 March 2019. (Photo by STR / AFP)

Impacts on the industry

Whether online or offline, harassment and violence against female journalists directly impacts employment, productivity, mental health and safety. Of the women surveyed by UNESCO, 11 percent of victims of online violence missed work, 38 percent made themselves less visible both online and in public,
4 percent quit their jobs and 2 percent left journalism altogether.

And with newsrooms slashing budgets (the US has seen a 26 percent fall in employment since 2008, according to Pew Research Center), there’s even less support than usual.

“Even the most open-minded media organisations are still run by men who don’t fundamentally understand the misogynistic nature of these attacks,” one American reporter, who didn’t want to be named, told Vanity Fair. “I really feel like there’s a space here for some male allies to step up and call this what it is.”

She pointed to examples of times where a story had multiple bylines, yet only the female writer was harassed online. These campaigns of abuse impact women’s emotional and psychological wellbeing, even leading to post-traumatic stress disorder in some cases.

It can also drive some women to censor themselves or leave their jobs altogether. In the case of deeply patriarchal societies and political upheaval like Afghanistan, says Joya, the threat of physical violence was terrifying enough to flee the country.

It’s important that “we have seen women’s voices in this crisis,” says Joya, adding that Rukhshana Media has started publishing in English to make coverage more accessible. “But now that the Taliban have taken over, women have lost their freedom of expression, their right to work and education.”

“I’m very worried about journalists,” she continues. “They don’t have any safety.” 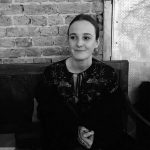 Emma Russell is a Hong Kong-based freelance journalist specialising in features and profiles that have appeared in publications like VICE, i-D, The New Republic and HKFP. She has also worked at Vogue HK and Conde Nast Traveller.