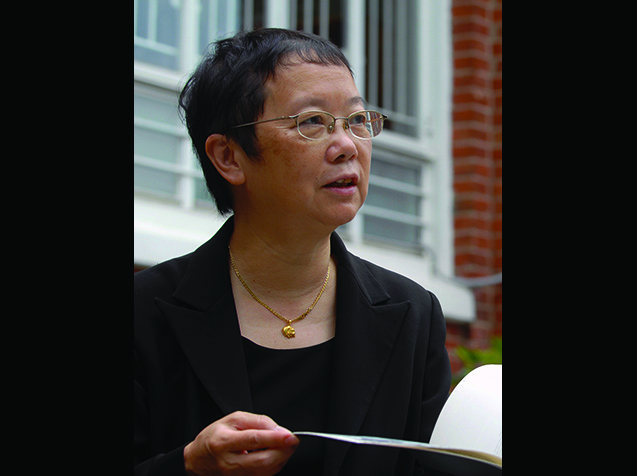 Award-winning journalist Ying Chan moves on but not out 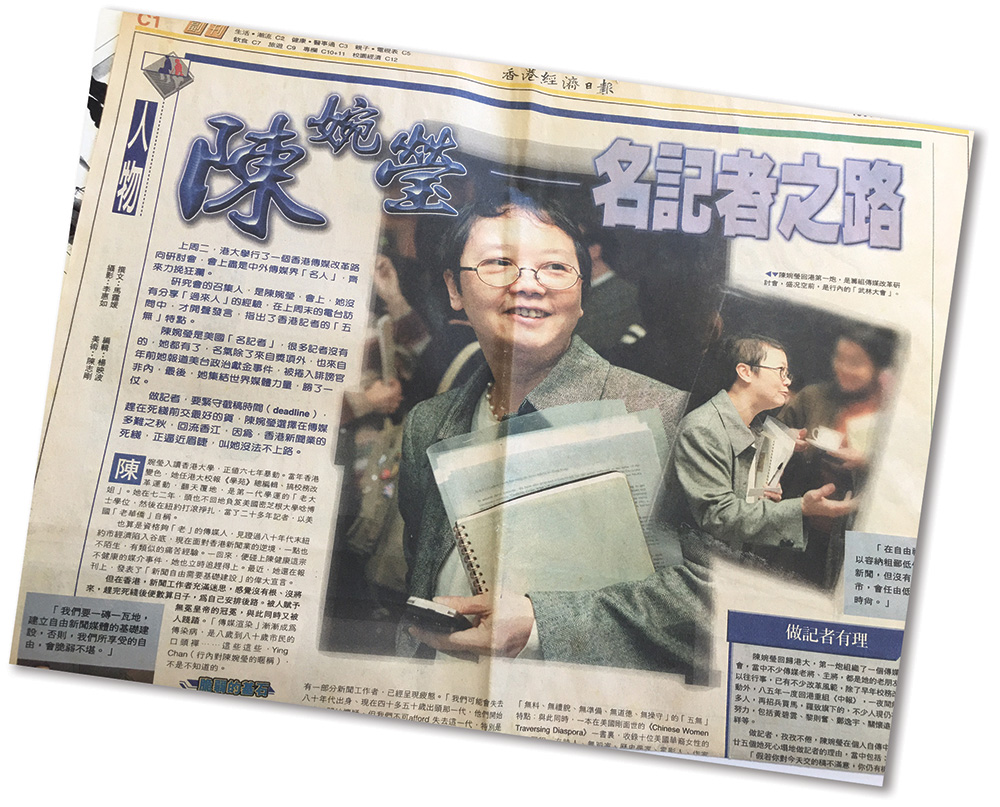 In between seeing journalism students, Professor Yuen-Ying Chan is clearing out her office. So it’s not a bad time to visit her, as she’s coming across items in piles of papers as she packs. There’s a newspaper report with her looking rather glum in her late 30s. She’d just been sacked as a reporter after annoying one Chinatown gangster too many. It happens. Another with a grin. Won a libel case. And a 16-page supplement she wrote with a colleague looking at migrants, the snakeheads, and the families left back home in the risky business of people smuggling.

A multi-award winning journalist, Chan set up the Journalism and Media Studies Centre at the University of Hong Kong in September 1999 after her return to the city after nearly three decades in the US. Washington Post veteran journalist Keith Richburg is taking over as the centre’s director. That’s not to say Chan is about to take it easy. The question will be how to use her time fruitfully, without overstretching herself.

There are a couple of books on the go, she’s an adviser to various organisations and she’ll continue living on campus. She’s master of a dorm where she thrives on the multinational and subject mix of the students. “My job is to foster a community that’s inclusive and smart. A community of budding scholars.”

Born in 1947, Chan “is, I think, the same age as Hillary Clinton, I think I might be a few months older”. She’s remains an investigative reporter at heart. I complain that so many stories come up in Hong Kong that seem to have no follow up, as everyone moves on to the next thing. What’s happened to the allegedly illegal structures on Chief Executive C Y Leung’s flat, for example? But then, there’s no money for those big investigative teams. Chan agrees on the lack of money, but she disputes that journalists aren’t investigating in the same way.

“Yes, when I look back, we had three months!” she says, of the time she had to investigate an international network of people smuggling for The Daily News in the early 1990s.

With collaboration and teamwork, says Chan, investigative stories are still being written and technology is a central driver in that. While permanent elements such as discovering stories, good reporting and writing, critical thinking, integrity, challenging power and holding it to account still are the core tenets of journalism, technology is providing new platforms to tell Hong Kong stories.

“We also encourage our students to be entrepreneurial, how to manage their own portfolio. With young people learning technology is second nature but they still need to learn how to tell the story.”

When the centre began, it was behind the curve, she says. There were journalism courses already at other universities in Hong Kong. These days, she’s excited about the various disciplines brought together – training regional lawyers, publishing books by mainland dissidents, the Documentary Film Project with Oscar winner Ruby Yang, to name a few.

Chan, the second of four children, writes how she returned home from school one day in a panic, having been asked to come up with an English name for herself. She finally chose Winnie, the name of a friend’s sister, but the colonial tradition never sat well with her and when she headed to the US to start a PhD in the early 1970s, she was happy to revert to her Chinese name.

Chan studied for a double major in economics and sociology at the University of Hong Kong. She would start a doctorate in sociology at the University of Michigan, but her heart wasn’t in it. She abandoned it after two years and began working for Chinese-language papers about gangs and slum landlords. She recalls “hanging out with burly detectives in bars” which she enjoyed. But she also would have security guarding her house. 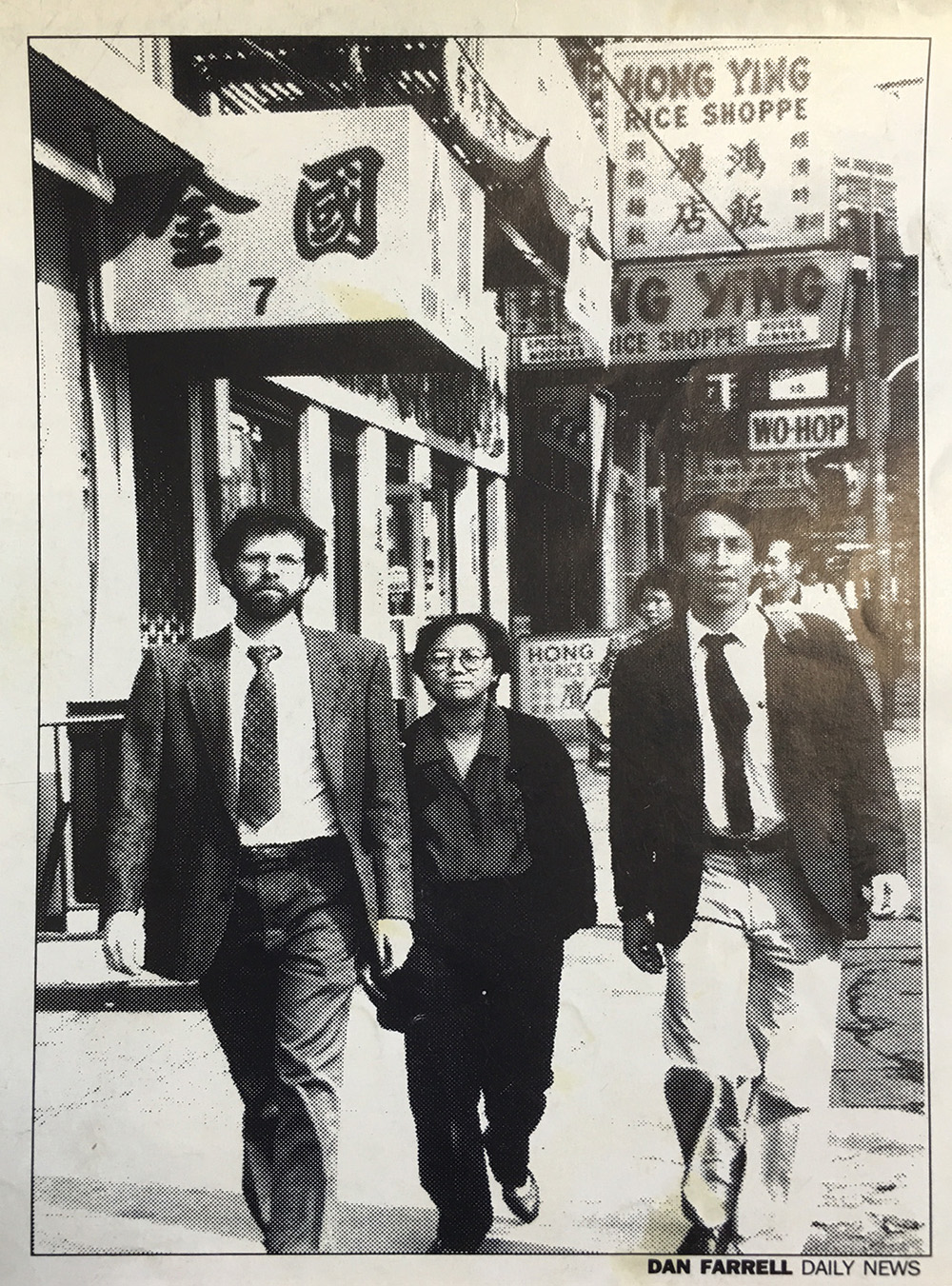 In 1990, “I was hired by The Daily News to go to China to do an investigation,” she says. Her journalist friend Jim Dao, now an opinion page editor for The New York Times, was looking into people smuggling and together they headed off to Asia to report. In Hong Kong, says Chan, “they were actually displaying advertising for visas. It was so open – a cover for people smuggling. I went to one of these services undercover. Thinking back, I was pretty bold.”

On June 6, 1993, a cargo ship, the Golden Venture, ran aground at Fort Tilden in Rockaway Beach in Queens, New York. On board were 286 undocumented migrants. “They were rescued from the water. It was shocking,” says Chan. She covered the story and the following day headed to the port of Fuzhou in Fujian province. “I was the first reporter to reach the families and reported from the hometown of the people on the freighter.”

For her 1993 body of work on the Golden Venture and its aftermath, Chan won the Polk Award, among others. Chan would continue covering the immigration beat for the next six years at The Daily News. The whole of New York, she says, is very much an immigration story.

She took a year’s leave and was given a Nieman fellowship at Harvard. “You could do anything you like, go to any classes without paying tuition and you didn’t have to do the exams.”

A friend was the editor of the Chinese-language Asia Weekly in Hong Kong and he told me: “I have a great story for you’. It was about campaign donations to the Democratic nominee Bill Clinton in October 1996 during the US presidential election.

The story “mentioned that a certain senior official in the Kuomintang had offered US$10 million to the Clinton campaign”, explains Chan. “The KMT at that time was very powerful in Taiwan. They held a Central Committee emergency meeting and then sued me for criminal libel. I won the case.”

As she hands the baton to Richburg, she says JMSC has an extensive internship programme, and she shows pride in the employment rate of her former students in journalism outlets and non-governmental organisations.

While the course is about the students, “we are also providing a service to the community”. During the Occupy movement two years ago, she says, there was so much news coming out and interest globally that it was difficult for people to work out the facts. So a group of undergraduates created a verification service, in a Facebook page called “Under the Umbrella”. “It had 100,000 followers,” says Chan. “They were using the skills and tools of journalism. That is how we advocate.”