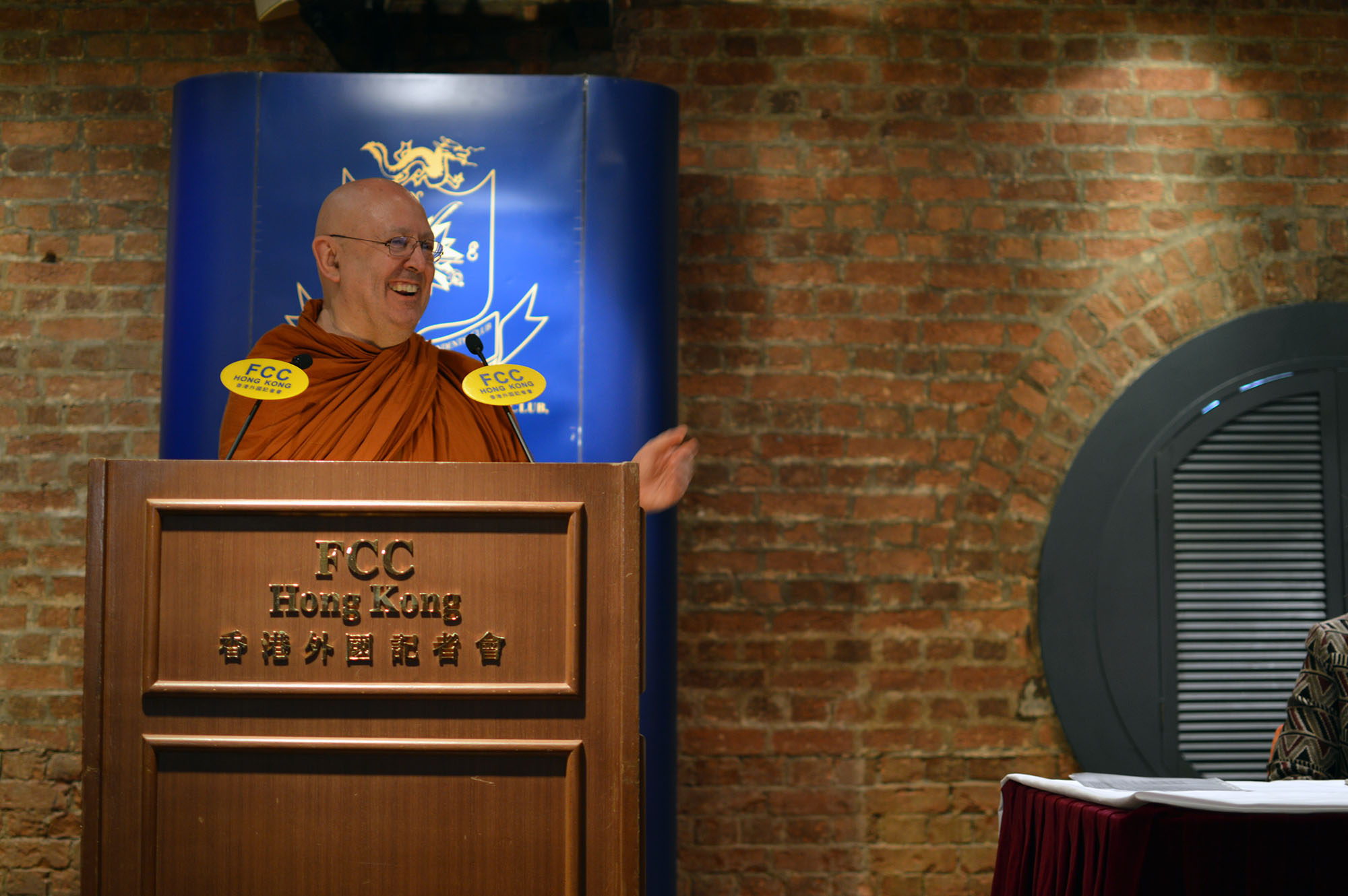 De-stressing your life is easier than you think, says Buddhist monk (and Snoopy)

Working fewer hours and taking time out of each day to relax and reflect is the key to greater happiness which in turn leads to increased productivity, according to a Buddhist monk and theoretical physicist.

And to listen to Ajahn Brahm, it is evident that he is indeed happy. It was at times hard to distinguish the February 28 guest speaker from a stand-up comedian as he cracked jokes throughout the talk, leaving guests in fits of laughter.

Brahm, a graduate of Emmanuel College, Cambridge, where he studied Theoretical Physics, said much of life’s stress could be put down to the pressure many feel in living up to the expectations of others, and themselves. He said many people who committed suicide were perfectionists who could never live up to their perceived expectations.

Locking yourself in a cupboard, creating a ‘time out’ room at your office, or even heading to the rest room – “there’s a reason why it’s called a rest room” – are all ways in which we can reduce the stress of our jobs each day. And the less stressed we are, the greater the chance of higher productivity.

To much laughter from members, Brahm, a Theravada Buddhist monk for over 40 years, quoted “that great American philosopher” Snoopy to drive home his points: “Worrying about the future doesn’t stop the bad things happening, it just stops the good things occurring now.”

Last year, Hong Kong fell three places to 75th out of 156 countries ranked in the World Happiness Report. Not only is it one of the world’s most expensive for housing and living, it tops the list as Asia’s most depressed city with high rates of divorce and suicide.

But Brahm, who has given motivational talks to big corporations including Facebook and Google, said Hongkongers’ lives need not be so busy.

“Half hour of relaxing means you get more work done in the afternoon,” he said. “If you want to be successful in life you don’t have to work long hours – you have to work smart.”

Instead of worrying about the destination, enjoy the journey, Brahm added.

The health benefits of happiness were immense, he said, adding that he believed there was solid evidence that the power of the mind had an effect on cancer. Brahm said he had worked with cancer patients for more than 30 years and believed cancer to be an overreaction of the body to stress.

He recounted how he had once seen a man hypnotised into believing that a four-inch nail on the end of a piece of wood was red hot. When the man touched it, not only did he scream in pain, Brahm said, but a blister formed on his hand.

“If the mind can create damage, it can create healing as well,” he said, adding that mind-based science was under-explored by governments as a way to reduce healthcare costs.

When asked by a member of the audience whether he agreed with a move in the United Arab Emirates to appoint a Minister for Happiness, Brahm said that trying to be happy when we’re not often makes us suffer.

“A minister would put a tax on happiness,” he said.