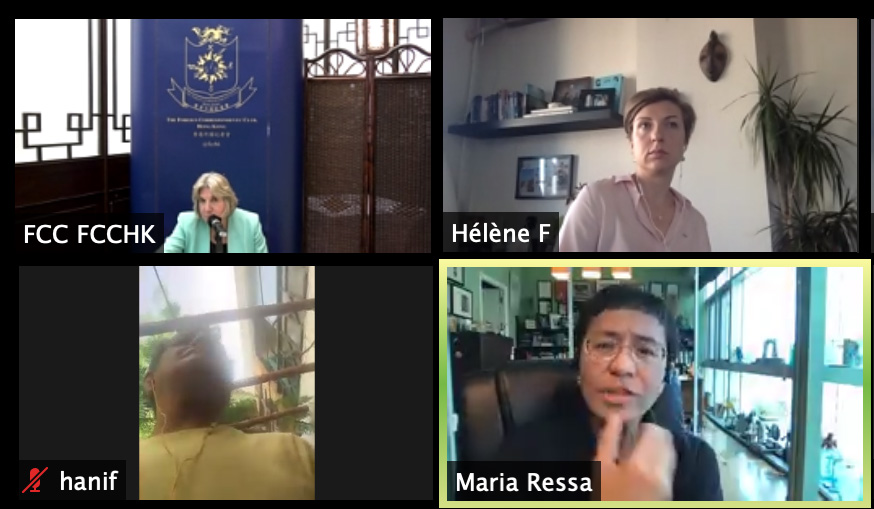 We must not allow coronavirus to infect democracy, warned the founder of a Philippines news website the day after the country’s biggest broadcaster was forced off air by President Duterte.

Maria Ressa, founder and CEO of Rappler.com, was speaking as part of an FCC panel exploring the stifling of press freedom in some regions under the guise of the fight against COVID-19. ABS-CBN, which has been critical of Duterte in the past, was shut down on May 5 by the country’s media regulator. Ressa headed the broadcaster’s news division between 2004 and 2010.

“We have to make sure that we don’t let the virus infect democracy, and journalism is the first line of defence to shine the light,” said Ressa during the Zoom broadcast.

Pakistani journalist and author Mohammed Hanif, and Turkey-based video journalist Helene Franchineau, both gave examples of journalists who had been jailed since the COVID-19 outbreak began in their respective countries. And with many courts closed, the likelihood of justice was small. In Pakistan, President Arif Alvi has appointed a media adviser which Hanif said he feared would lead to a renewed war on the media in the country.

You can watch the full panel discussion here.