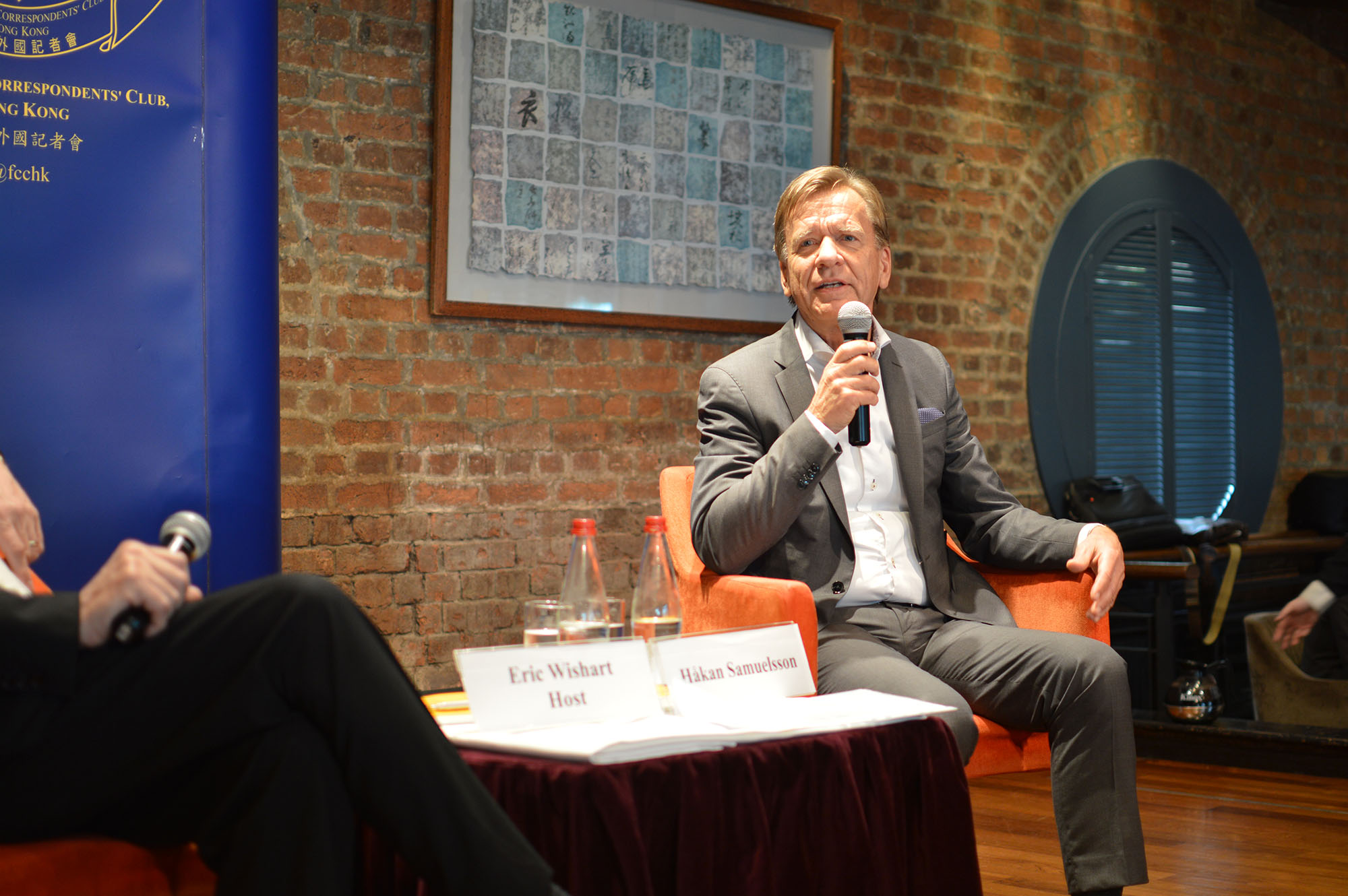 Electric cars, driverless vehicles, and subscriptions: How Volvo plans to stay ahead of the curve

The future of automobiles is electric – and driverless – according to Volvo Cars president Håkan Samuelsson, whose company recently signed a contract to supply 24,000 ‘robotaxis’ to Uber.

And from 2019, the Swedish car maker, which was bought by Chinese firm Geely Holdings in 2010 after suffering losses as a result of the financial crisis two years before, will only produce hybrid and electric cars, ditching the combustion-propelled vehicles it has made since it was founded in 1927.

FCC members and guests were given a glimpse of the future as Samuelsson outlined the company’s ambitious plans during the January 23 club lunch, made possible since it was bought by Geely, a move that gave Volvo record sales last year.

“We have a very motivated workforce right now,” Samuelsson said, giving his thoughts on what has driven the company’s record sales. “A big part of the growth is coming from China, which it should as it’s the largest car market in the world.”

Indeed, five years ago, according to Samuelsson, Volvo sold under a thousand cars in China. Last year, 114,000 were sold – manufactured at its Chengdu factory. But China is not the only foreign soil to be producing the world’s safest car: it is set to open “the most sustainable automotive plant in the United States” in Charleston, South Carolina, this year. Pre-production of the new Volvo S60 will start in the first half of 2018 and serial production in the third quarter.

However, when asked why Geely had recently bought a major stake in truck manufacturer AB Volvo, and what the long term plan was for that arm of the company, Samuelsson declined to answer.

The company has also introduced a subscription car service, allowing motorists to get a new vehicle for a flat monthly fee which includes insurance, maintenance and service. “With our subscription, you have one flat price in the whole country,” he said.

Samuelsson, who joined the company seven years ago, was in Hong Kong attending the around-the-world Volvo Ocean Race as it made its first ever stop in the city. However, the event has been overshadowed by tragedy following the death of a fisherman in Hong Kong waters after a fishing vessel collided with a boat taking part in the race. When Samuelsson was asked about the tragedy, he said: “Of course we have to find out how this happened, but it’s really tragic. I feel a lot for these people being out, trying to make their living fishing. We will of course try to learn from it and see it should never happen again.”