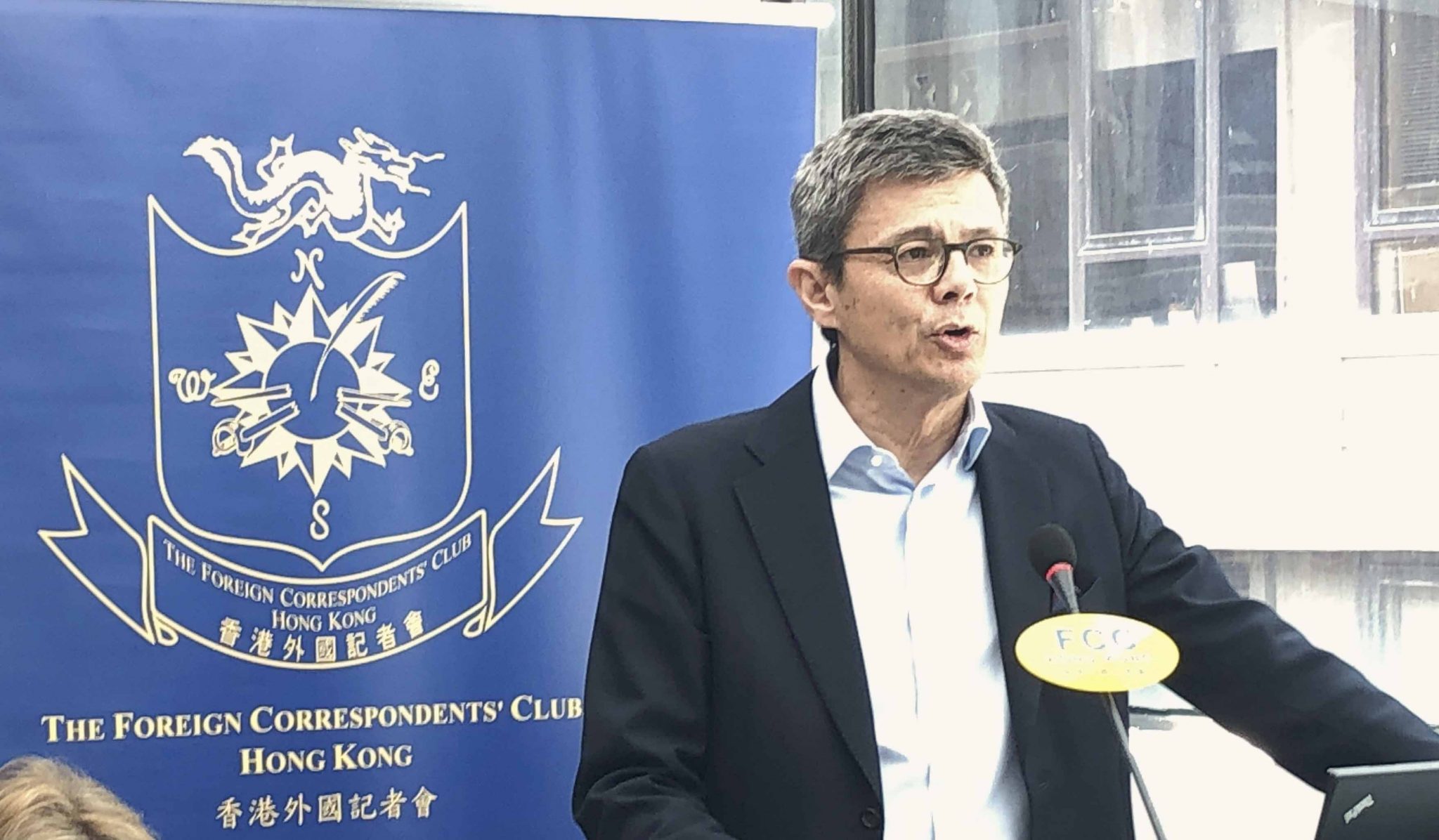 Des Voeux Road Central is so congested with traffic it’s often quicker to walk – so let’s pedestrianise it, says an environmental campaigner.

Markus Shaw, chairman of the Walk DVRC Initiative, called on Hong Kong Chief Executive Carrie Lam to honour her 2016 pledge to make the city more walker-friendly by implementing the plan that would reduce pollution; congestion; reduce obesity; improve mental health; and meet the aspirations of the young.

Currently, a staggering 77 bus routes make their way through DVRC in Hong Kong’s Central Business District (CBD), making it the most polluted stretch of road on the northern side of Hong Kong island. With insufficient space for both pedestrians and vehicles, travelling along DVRC makes for an unpleasant experience for all. The Walk DVRC Initiative wants to pedestrianise a 1.4km stretch – from Pedder Street to Western Market – into a dynamic public realm while at the same time reviving “a decaying, historic CBD”.

Shaw, a lifelong citizen of Hong Kong, said the city was on the back foot when it came to the environment and urged leaders to be more forward thinking in terms of planning. He cited other major world cities that have introduced pedestrianised zones including London’s Oxford Street and New York’s Broadway. Shaw said former NYC Mayor Michael Bloomberg had managed in only three years to trial a pedestrianised section of the famous street – which has now been permanently implemented – yet Hong Kong planners were slow to consider a similar scheme.

“Community planners should reflect the aspirations of the community,” Shaw said, adding that brand research showed millennials in particular wanted healthier lifestyles and walkable communities. “The government has to recognise these aspirations and build bridges to those who hold them.”

While most agree that a greener CBD is the way forward, and many business and political leaders in the city had shown support for the plan, Shaw said that district councillors seemed intent on finding fault with the scheme by focusing on the potential public objections to the plan.

“Everybody thinks this is a great idea,” Shaw said. “Ultimately we have only one objective, and that is to get Carrie Lam to do it.”