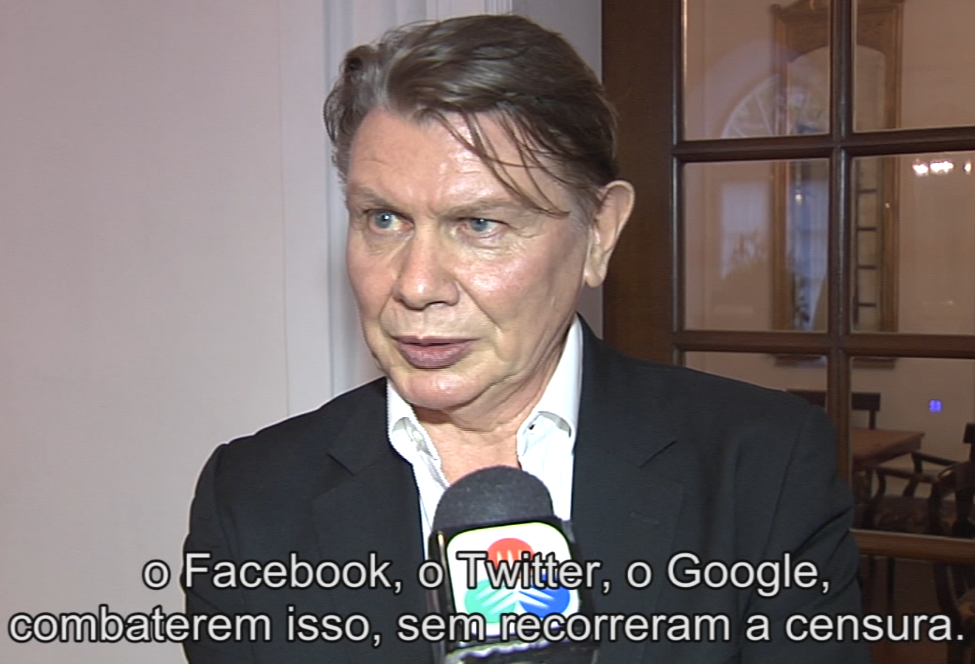 FCC President Eric Wishart talked about the challenges of fake news and how mainstream and social media could combat its spread when he spoke to the Macau Journalists’ Association on May 12.

Interviewed by local television stations after the event, Wishart endorsed the idea of news organisations and social media giants partnering to try to stem the spread of fakes news through a joint verification process.

He told TDM News: “Fake news always existed… It’s news that is fabricated to be presented as real to deceive people often with malevolent intent. The president of the United States, saying the New York Times is fake news, he can say what he likes but it’s not fake news. Fake news is not a story that a politician doesn’t like. It’s also not a mistake that a journalist makes.

“We are moving into this world of kind of a parallel universe where one part of the population is properly informed. You can debunk and prove it as false as much as you like. They don’t want to hear that. They will believe Donald Trump, they will believe New York Times as fake news.”

Wishart, who in April chaired a lively opening discussion on the same topic at the FCC’s second Journalism Conference, emphasised that fact checking was more important than ever and suggested social media and news organisations could fight the spread of fake news together.

Wishart added: “With all these multiple sources of information, journalists no longer control the agenda. I think the way ahead is on one hand, the internet giants – the Facebooks, the Twitters, the Googles – fighting it without resorting to censorship, which is… we’re entering a very grey area there… and just as the media has partnered for journalists’ safety I think they have to partner now when it comes to verification.”