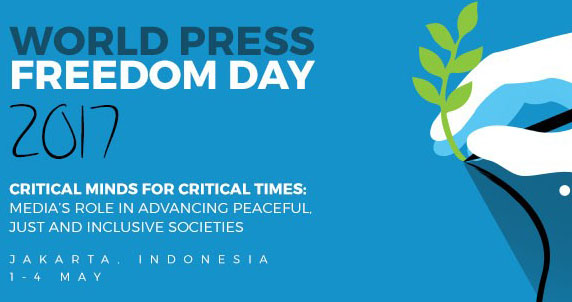 The Foreign Correspondents’ Club of Hong Kong will mark World Press Freedom Day on 3 May by observing one minute’s silence at the Main Bar at 6pm, with remarks by Club President Eric Wishart honouring journalists killed in the line of duty.

According to the New York-based Committee to Protect Journalists (CPJ), a total of 13 journalists have so far been killed this year, with eight of the deaths confirmed by the CPJ as directly related to their work.

Three were from the Asia Pacific region: Bangladesh, Pakistan and the Philippines.

Closer to home, in Hong Kong, the FCC and our partner organisations, including the Hong Kong Journalists Association, have witnessed continued deterioration in the overall press and publishing environment.

The Club is a staunch defender of the fundamental principles of press freedom, media pluralism and journalistic independence.

On World Press Freedom Day, we call on governments around the world to respect freedom of speech, freedom of expression and to aggressively investigate crimes committed against journalists in the course of their work.

In Hong Kong, we call on Carrie Lam, the chief executive-elect, to implement her promise of enacting a freedom of information law and archives law.

The FCC event is part of a global day of action called by the International Association of Press Clubs, of which the FCC is a member.