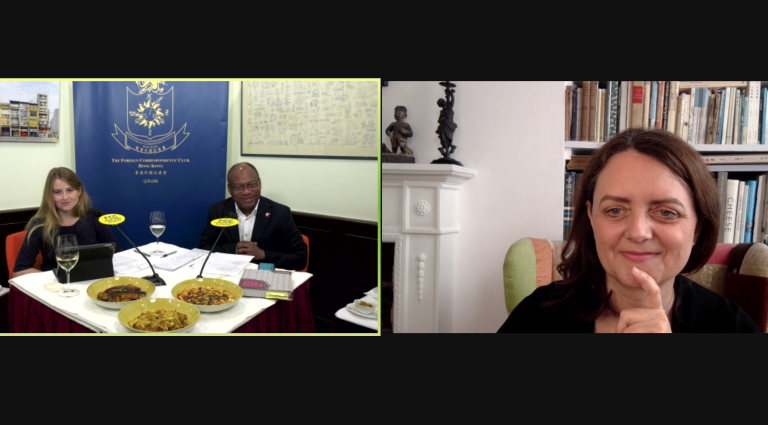 English food writer and cookbook author Fuchsia Dunlop, an expert in Sichuan cuisine, recognised the importance of calling out cultural appropriation but also highlighted the benefits of intercultural exchange during a Zoom webinar hosted by the FCC.

“I don’t think the solution is that you should be confined to the food from your own heritage,” Dunlop said. “I really think that it’s important for everyone that some people travel to foreign countries, learn other languages, immerse themselves in other cultures and become a kind of bridge. I think the healthy endpoint would be a place not where only Chinese people write about Chinese food, but where Chinese people, if they want to, will write about Italian food as well.”

Dunlop is the author of several cookbooks, most recently The Food of Sichuan, and she said that her work has always felt like a collaboration with people in China. Armed with her extensive culinary and cultural experience in Sichuan, Dunlop also cleared up a common myth about the province’s cuisine.

“Everyone says that Sichuanese food is hot and spicy, and that’s the cliche, both outside China and within China,” Dunlop said. “But actually, Sichuanese is a very subtle and exciting and varied cuisine.”

She went on to describe the “beautiful layering of flavour” in typical Sichuan dishes, including those that FCC President Keith Richburg and club member Rebecca Bailey tasted during the discussion.

Dunlop also singled out mouthfeel, a literal translation of kougan in Mandarin, as a huge differentiator between Chinese cuisine and Western food.

“One of the reasons I’ve written so much about texture and I talk about it quite a lot is I think that if you want to really, fully appreciate Chinese cuisine, you have to unlock this door to the appreciation of texture,” Dunlop said.

“I think that it’s very interesting gastronomically, and if you can open your mind and your palate as an outsider, then you have the chance to really get something about Chinese food that you may not have appreciated before.”