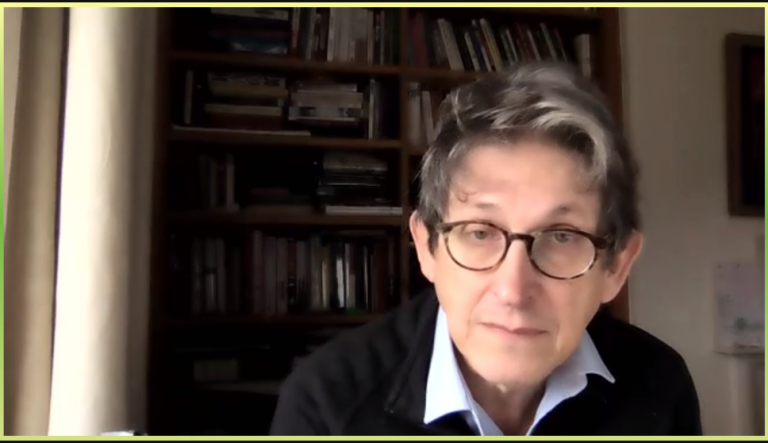 Governments, Police Should Not Decide Who Is a Journalist: Alan Rusbridger

Amateur reporters can play as vital a role in news gathering as trained professionals and it is not up to governments or the police to decide who is a journalist, said former Guardian editor Alan Rusbridger in an FCC Zoom discussion moderated by FCC first vice president Eric Wishart.

The definitions of journalism and what it means to be a journalist are key topics explored in Rusbridger’s new book, News and How to Use It: What to Believe in a Fake News World.

While there are numerous examples of amateur journalists contributing valuable reporting, including during the Hong Kong protests, Rusbridger said this new reality has created a “world of chaotic information” in which the average person has access to more information than ever before and yet doesn’t know which sources to trust.

One response to this phenomenon in Hong Kong was the introduction by the police of new guidelines about who they would recognise as a journalist.

“The moment you’ve got anything that looks like a government register, it becomes very problematic,” Rusbridger said.

He added that police should not be involved in the discussion about who is and who isn’t a real journalist: “It’s an impossible thing and we shouldn’t ask the police to make those decisions.”

Rather than governments and police forces deciding who is a journalist, Rusbridger said it was a job for the media industry.

He gave the example of the killing of George Floyd by a policeman in Minneapolis in May, one of the biggest stories of the year.

“We know about that because somebody filmed it, but I don’t think it was a journalist,” said Rusbridger. “It was just somebody standing on the street who did what journalists do. Repeatedly now, we know what we know because people are doing acts of journalism, and that’s a good thing I think we would all agree. But of course that doesn’t necessarily make you a journalist.”

He also spoke about his former collaborator, WikiLeaks founder Julian Assange, and whether or not he could be considered a journalist.

“In the stuff we did together, we were both in joint pursuit of journalism,” he said. “But he would be the first to admit that he was also a political activist and a whistleblower, he was an entrepreneur and a troublemaker.”

According to Rusbridger, in spite of Assange’s complicated and often conflicting identities, he should be defended by journalists: “I think as journalists we should say, ‘Well, in as much as he’s being accused of journalism, we should defend him for that, because if he goes down for acts of journalism, that’s something that will affect all of us.’”

According to Rusbridger, traditional media have been confronted with an erosion in trust, and it will not be easy to regain.

“I don’t think there’s been an awakening among journalists about how they’re going to have to change their behaviour in order to win the position of trust I think we want”, he said.

This was one of the reasons he wrote News and How to Use It, noting that studies show that people are increasingly confused and distrustful of news: “We shouldn’t underestimate the size of the trust mountain that we have to climb.”

Given the proliferation of information outlets and digital platforms, Rusbridger recommended employing certain techniques, such as adding more links and other resources, avoiding unattributable sources, and using screenshots and interview transcripts to increase transparency. “Those are 21st-century techniques of trust that we’re going to have to learn to live with,” he said.

“The best and most necessary journalism is the one that doesn’t fall into the trap of attaching itself to right or left,” he said, “but just says this is where the evidence leads and, by the way, here is the evidence.”

A member of Facebook’s newly formed Oversight Board, an independent advisory group, Rusbridger said he understood why people might be sceptical and see it as little more than a PR exercise.

However, he made clear that several of his fellow board members are openly hostile toward the social media giant and had not been selected to make the company’s life easy. As for the so-called Real Facebook Oversight Board, an international ad-hoc body of activists and academics led by investigative journalist Carole Cadwalladr, Rusbridger welcomed their contributions.

“I think we will do different things but we will complement each other,” he said.

Rusbridger, who served as editor of The Guardian from 1995 to 2015, is currently Principal of Lady Margaret Hall in Oxford.