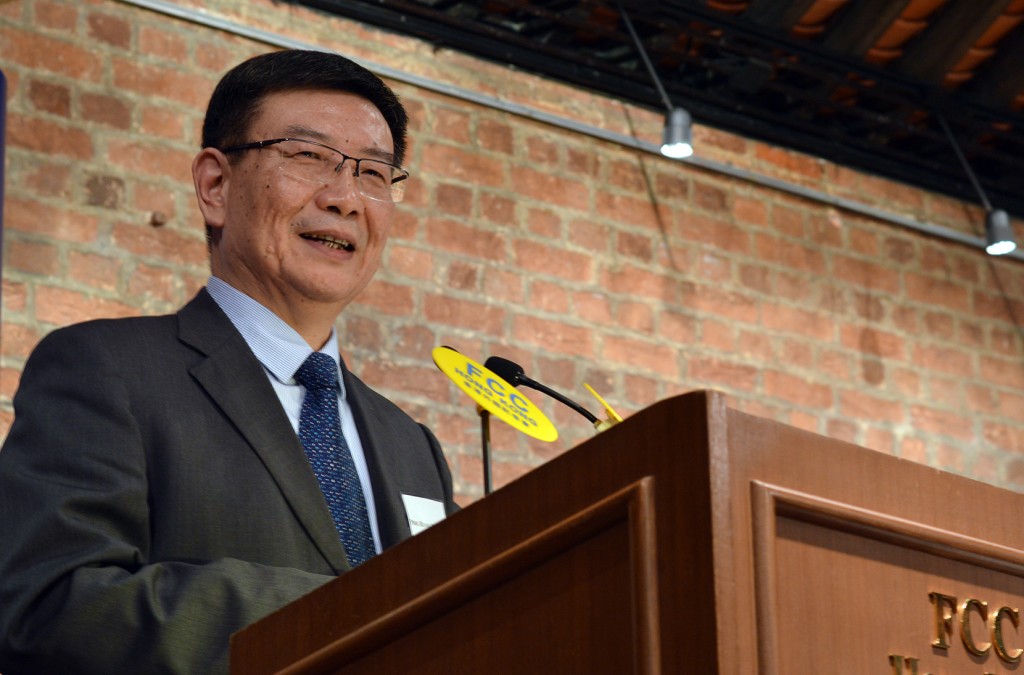 Guangdong on track to become leading science and tech hub

Investment in Guangdong’s scientific research and development is expected to take up 2.58% of the province’s total GDP for 2016, according to the Director-General of its department of science and technology.

It is a figure that looks set to increase over the coming years as the province, which neighbours Hong Kong, seeks to enhance its competitiveness and further cement its reputation as an up-and-coming scientific and technical innovation hub.

During the November 30 club lunch, guest speaker Professor Huang Ningsheng told the audience of the push to not only attract talent to the province, but also to produce talent by way of creating new R&D institutions and universities.

The former Dean of the Guangdong Provincial Academy of Sciences said that support from the Chinese Government had been essential in making Guangdong province home to some of China’s fastest growing tech companies. He added that even President Xi Jinping had ‘provided us with a lot of guidance’.

He said that the NPC Standing Committee of Guangdong Province was this week reviewing legislation that could speed up the transfer of science and technology findings into business results. Guangdong Province will also benefit from the Chinese government providing subsidies for venture capitalists who invest in R&D institutions and tech companies.

Professor Huang said the key factors in ensuring the province’s continued growth as a tech hub were the creation of more incubators – which help turn research findings into products that businesses can sell – and laboratories to engage in basic applied research. He added that legislation to protect intellectual property rights was also essential in attracting talent and investment to the province.

The focus for Guangdong is the production of smart robots, telecommunications and life science and health.