News News Harassment of journalists i... 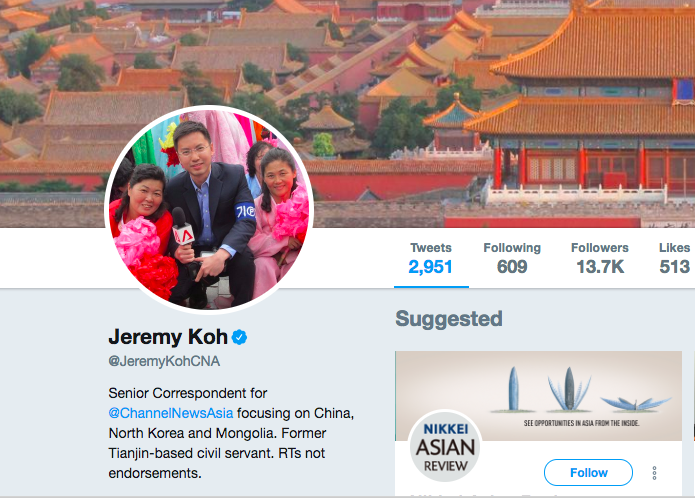 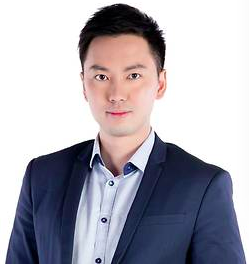 I was in Tonghua speaking with an elderly man in a park when suddenly a few men started surrounding us. Sensing that things were not quite right, the old man left the place first. When I tried to leave, I was stopped by propaganda officials. Shortly after, police came and asked me to go to a police station. There, I was detained for about five hours as they repeatedly asked me what I was doing in town. Finally, they made me sign a statement saying that I spoke with the old man. I was then picked up by the propaganda officials who sent me back to the hotel.

The next morning, when I went down to the lobby at 7am, the propaganda folks were waiting for me, so there was no way I could conduct any other interviews.

I’ve been followed by authorities on several occasions throughout China over the last few months. Was followed by authorities near the North Korean border in Changbai and Ji’an; in Liangjiahe where Xi spent 7 years; in Northeastern China when I tried to speak to retrenched workers, etc. In some places, I was told I was not allowed to conduct interviews in their region without prior permission from the propaganda office.

I was live on @ChannelNewsAsia to talk abt #XiJinping’s 3.5 hr speech; time to head back to office now @OliviaSiongCNA pic.twitter.com/WSvxnkjGfw

After the 19th party congress opening, where we had been told by delegates that the “ordinary people” loved Xi Jinping, we wanted to try to consult some of the ordinary people. We went to a nearby shopping district (Xidan) to try to film some street scenes and speak to passers-by, but were immediately stopped by black-uniformed Teqin security guards.

We explained that we were covering the congress, showing both 19th congress accreditation and journalist cards, and were allowed to film from the public street, and speak to anyone who agreed to speak to us, but they told us we were not allowed, claiming the whole Xidan district is under special administrative order (because it is such an important area) and we must apply for permission from their headquarters before we can film anywhere in the district.

There was no violence, but they covered our lens and ordered us to stop.  We argued the case for a while, and were eventually allowed to film a few minutes of footage, but under no circumstances to speak to anyone.  After a few minutes we left and tried again further away, again on a public street.  As we were vox-popping people another security guard approached us, photographed us and the women we were speaking to on his phone, and told them and us to go.

We travelled to Shenyang early on Friday 14th July to cover the death of Liu Xiaobo. As we approached the hospital, we were initially stopped and gestured to move away by two plain clothes men, while another filmed us on a mobile phone.  We kept walking, past another guy also filming us, and then sending photos or video of us by wechat. Closer to the hospital entrance, we were surrounded by at least five men, all in plainclothes, several with earpieces plainly visible.  They put hands over our lenses and shouted at us. Nothing too physical, just close quarters intimidation, shouting and gesturing. We identified ourselves as accredited journalists, showing the blue cards, which were on lanyards around our necks, and explaining we were allowed to film on the street outside the hospital.  A number of others were filming us, and appeared to be sending voice messages via wechat.  We tried to move away from them, but they repositioned around us several times.

One of our colleagues had stayed on the far side of the road to keep an eye on what was happening – another plain clothes man circled him and kept close watch in the restaurant where he was sitting.

After a while of showing our press cards and explaining calmly that we were entitled to be there, they did back off to an extent and we were able to film for a few minutes, but then another man, also in plain clothes came and flashed his police badge at us, identifying himself as ‘policeman of china’ and demanding to see and photograph our passports, visas, and press cards, which we kept hold of while he did so.  He moved away and we continued filming, and trying to speak to people, but the security guys were still close by so it was very difficult to speak to anyone, and people were clearly reluctant to talk.

We moved back across the road to do a live broadcast, which we did with another apparently plain clothes security guy sitting a couple of metres from us.

Once we had moved away from the hospital area we had no further problems.  When we checked into our hotel there was a young guy of similar profile to the normal security types, who arrived at the same time as us, and sat beside the check-in desk, so likely he was also surveillance, but impossible to say with certainty.

Wechat messages between two of our team that mentioned Liu Xiaobo never arrived.  We tested this a few times after realising what was happening, and found that two of us could send and receive messages mentioning Liu Xiaobo, but the other two couldn’t.

We also had great difficulty getting anyone to speak to us on record about Liu Xiaobo.  A number of people just didn’t reply to messages or pick up the phone, and one told us he had been visited three times already by state security services and could not accept our interview.

After the death of Liu Xiaobo and the disappearance of his widow, Liu Xia, we went to the Beijing compound where she had been living in late July.  There was a barrier to stop cars going in, but no barrier on pedestrian gate so we walked in on foot.  Within ten metres we were stopped by security guards.  One man got in front of me and repeatedly shoved me with his arm against my chest, while radioing his colleagues.  We explained that we were accredited journalists, not causing any trouble, and trying to go to the address of Liu Xia.  Several more men (all wearing black private security uniform) surrounded us, all yelling, putting hands over our camera lens, and pushing me and the cameraman around.  One man grabbed me by the shoulders and shoved me hard.

He grabbed my hand so hard, his nail broke the skin on my hand and left a bleeding thumbnail imprint

By this stage we were retreating back out of the compound onto the main road, but attempting to take some last shots from there.  Another man in black t-shirt appeared, apparently even more angrily and tried to grab the small camera I was filming with.

He grabbed my hand so hard, his nail broke the skin on my hand and left a bleeding thumbnail imprint (this was on the public street, not inside the compound).  They continued aggressively jostling and threatening our team until we got back into the car, where one man lunged at the window as we drove away.

As we pulled out we realised a police car was following directly behind, so began trying to secure our footage.  We were followed until we left the area, and drove around for a while before returning to try another entrance to the compound.  This time there were a mixture of plain clothes security personnel (with earpieces), two uniformed officers, and a couple of private security guards.  It was less physical, but they put hands over our lenses, photographed our IDs, and told us to leave, despite being in a public park, and not inside the residential compound.