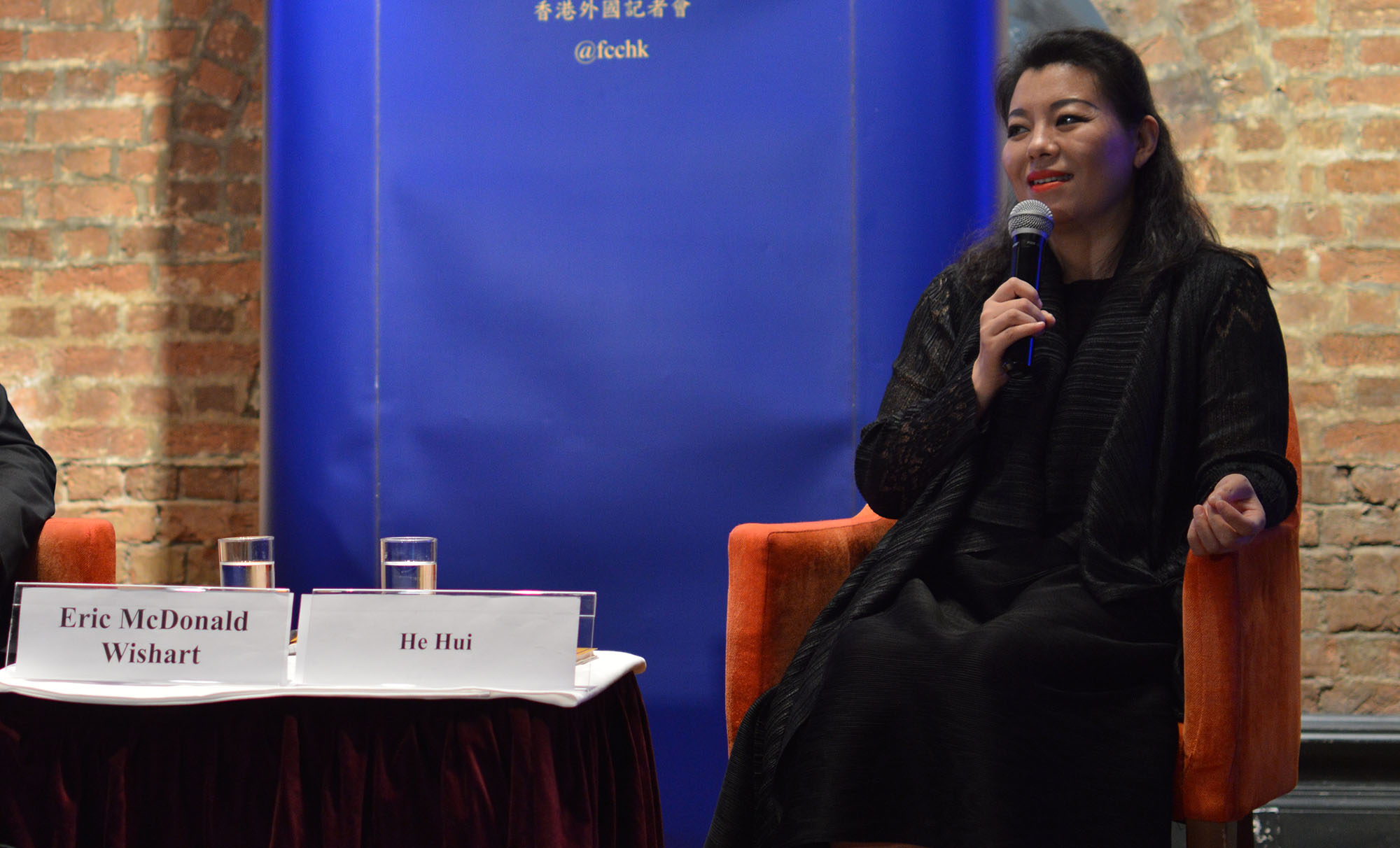 He Hui, China’s first Western diva, reveals the secret of her success

A lot of practice and a lot of study is the secret to becoming a successful opera singer, according to China’s first Western diva.

Soprano He Hui said it also helped to have passion when singing as she addressed the October 11 club lunch, revealing the story behind her rise from teenage singer in Xi’an to acclaimed international star of opera.

Soprano He Hui talked about her rise to fame as an opera singer. Photo: Sarah Graham/FCC

He Hui, known as a Verdi soprano – meaning her powerful voice suits the composer’s unique pieces – has performed all over the world, her vast repertoire including the role of Amelia in Un ballo in maschera; Leonora in La forza del destino; Liu in Turandot; and the title role in Manon Lescaut. She has frequently appeared at leading opera houses including Deutsche Oper Berlin, Wiener Staatsoper, Paris Opéra-Bastille, and the National Centre for the Performing Arts in Beijing.

After receiving applause at the FCC following the showing of a short clip of her performing in Aida – which she has sung more than 160 times – He Hui recalled how she was discovered at the age of seventeen when her mathematics teacher heard her sing at school. Her parents – a doctor and a teacher – we not keen on He Hui’s decision to begin studying music, she said. “But they saw I was so strong and they accepted my decision and they helped me and gave me a lot of love,” she added.

At 18 years old she first saw Puccini’s La Bohème, which brought her to tears. She immediately fell in love with opera: “I heard something that touched me… it gave me a huge emotion,” she said. Not long afterwards He Hui joined Beijing’s prestigious Conservatory of Music. Her big break came when she was chosen to star in the all-Chinese production of Aida at the opening of the Shanghai Grand Theatre in 1998.

Two years later she placed second in Placido Domingo’s Operalia competition and was recruited to move to Italy. He Hui has remained close to the legendary maestro and sees him as a mentor, describing him as “one of the greatest artists of our time”.

After a debut as Tosca at the Teatro Regio in Parma, she remained there, living in Verona, where she is a staple of the performances in the city’s famous Roman Arena.

He Hui admitted that at times it had been hard as a Chinese woman to break into Western opera, most notably because she had to learn Italian in order to find the passion to perform the compositions. She added that 30 years ago there were no Asians in Western opera but it was now a growing phenomenon.

He Hui is the subject of new documentary entitled Soprano from the Silk Road and is currently cooperating on a new biography entitled Journey to the West: A Chinese soprano’s path to prima donna.