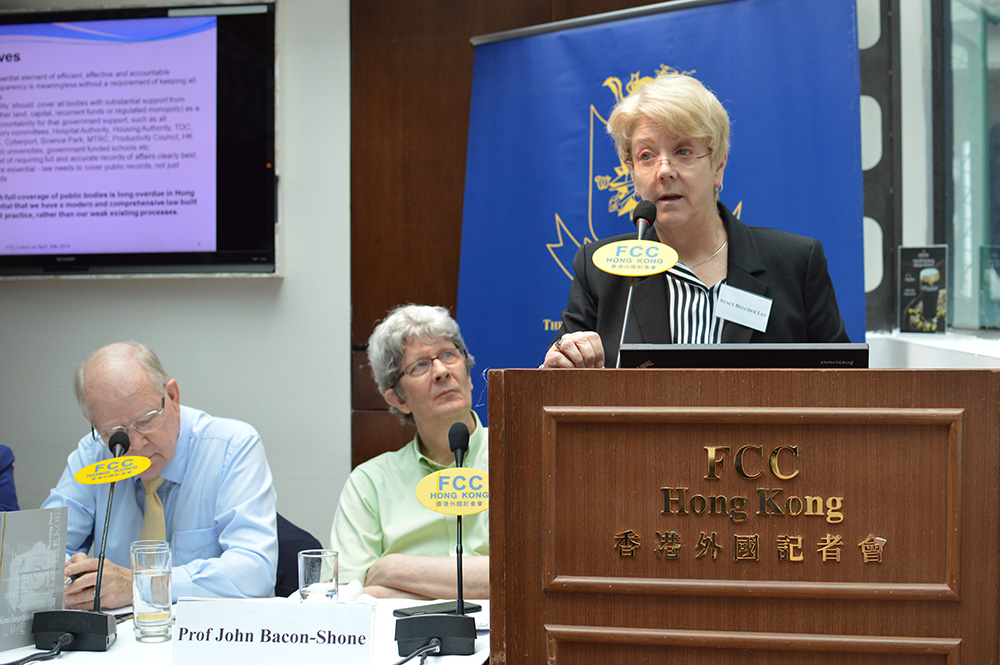 Professor John Bacon-Shone added that record keeping was an essential element of an effective and accountable government when he appeared at the April 30 club lunch as part of a panel discussing the need for an archives law.

The Law Reform Commission has come up with a report looking at both the need for an archives law and legislation guaranteeing public access to information. The report has gone out to public consultation. Some journalists, historians and archivists think the proposals are too weak.

One point of contention among panelists was the potential to charge members of the public for access to information. Prof. Bacon-Shone said there was no cost attached to copying digital records, as opposed to a small cost for photocopying paper records.

However, Belcher argued that there was in fact a significant cost to keep digital records, including electronic storage fees, and administrative costs in transferring and archiving digital information.