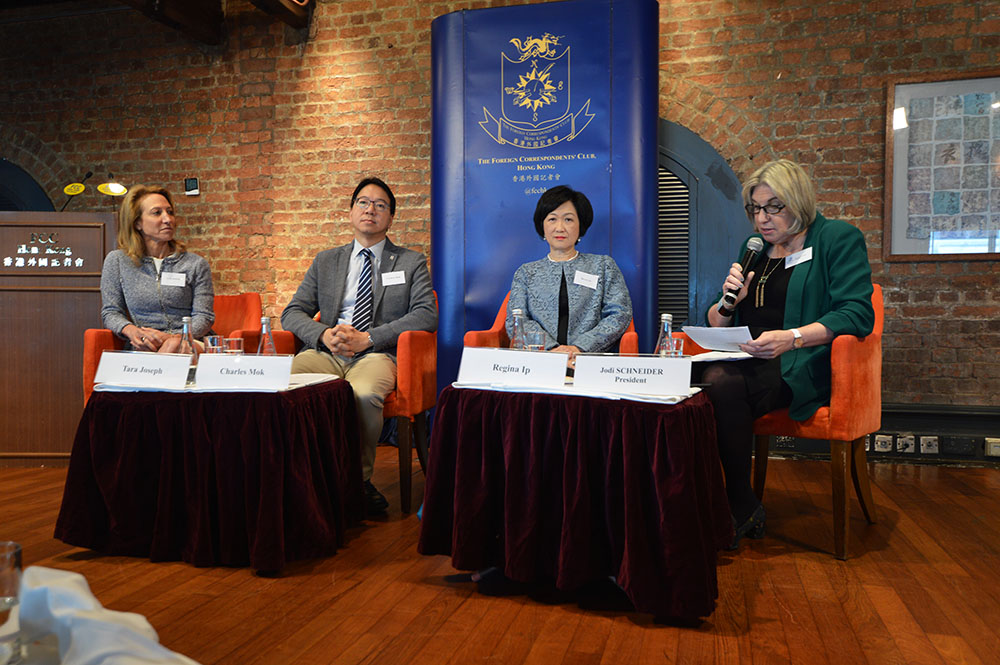 Hong Kong Human Rights and Democracy Act: The case for and against

The Hong Kong Human Rights and Democracy Act may work to safeguard the freedoms promised under One Country, Two Systems, but concerns have been raised around the potential economic impact of sanctions on the city.

These issues and others were discussed at the FCC by lawmaker Regina Ip, Legco member Charles Mok, and Tara Joseph, President of the American Chamber of Commerce in Hong Kong.

Joseph pointed out that the bill, which is currently going passing its way through the US Senate, was simply an amendment to the existing United States-Hong Kong Policy Act and that it demonstrated “strong cooperation between Hong Kong and the US, and shows Washington is concerned about what’s happening here”.

Ip, a pro-Beijing politician, criticised the way in which the bill had so far passed through the Senate, saying that Hong Kong government representatives had offered to give evidence in the same manner as pro-democracy representatives, but had not been invited.

Legco member Charles Mok told the October 24 panel that he felt Hong Kong’s freedoms were being eroded, citing the de facto expulsion of the FCC’s Victor Mallet from the city in 2018 after he hosted a discussion with Andy Chan, founder of the now-banned Hong Kong National Party.

Watch the video of the case for and against