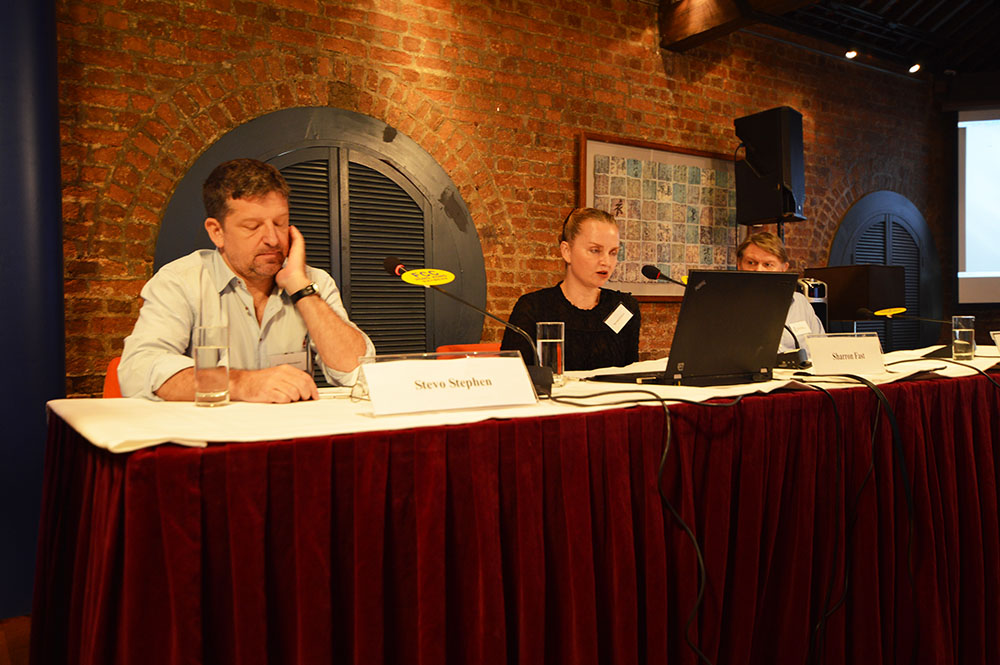 Hong Kong Protests: Experts offer guide to the evolution of weaponry and tactics

The physical and legal risks for journalists covering the increasingly violent Hong Kong protests were outlined by two experts at the FCC on October 23.

Sharron Fast, Deputy Director of Master of Journalism Programme and lecturer at University of Hong Kong, discussed the anti-mask law introduced by the HKSAR using emergency powers on October 5. She said there was much uncertainty surrounding the ban, particularly for journalists lawfully covering an unlawful protest. She also said she was certain the law doesn’t protect freelance journalists and students.

Fast was joined at the breakfast briefing by Stevo Stephen, News Risk Senior Manager for the Wall Street Journal, who demonstrated the evolution of weapons and tactics by both the Hong Kong Police and protesters since the unrest began in June.