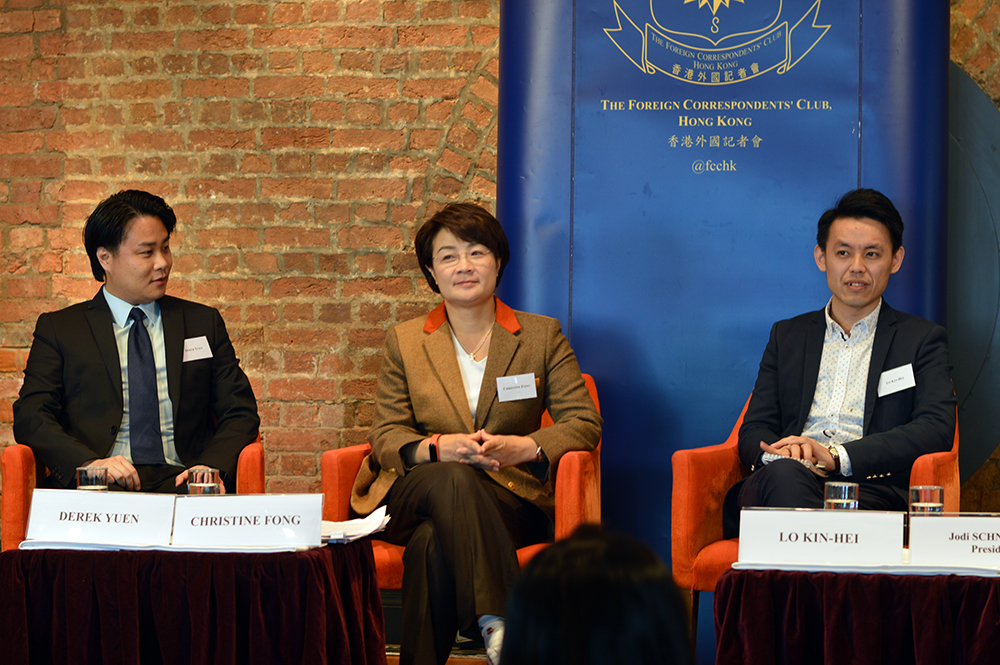 Hongkongers will “come out and strike again” to show their dissatisfaction at the governance of the city, a panel of political experts agreed.

Discussing the next steps for Hong Kong following November’s historic district elections, which delivered a landslide for pro-democracy candidates, guest speakers Lo Kin-hei, Derek Yuen, and Christine Fong agreed the vote had been a referendum on how Carrie Lam’s government was functioning. Hong Kong’s pro-democracy camp won 393 – or almost nine of 10 – of the 452 seats.

Lo Kin-hei, Chairperson for the Southern District Council, warned that the appointment of Luo Huining as Executive Director of the Liaison Office of the Central People’s Government in Hong Kong would likely keep the protests that have gripped the city since last June going.

Hong Kong-born-and-based scholar and author, Derek Yuen, told the January 14 club lunch that he believed One Country, Two Systems – Hong Kong’s mini-constitution – was now “broken”, with only the Rule of Law remaining intact.

Christine Fong, District Council member in the Sai Kung District, added that although she believes in the right to protest – she herself attended the first marches in June 2019 – she hoped that the violence would stop to enable the city’s economy to recover.