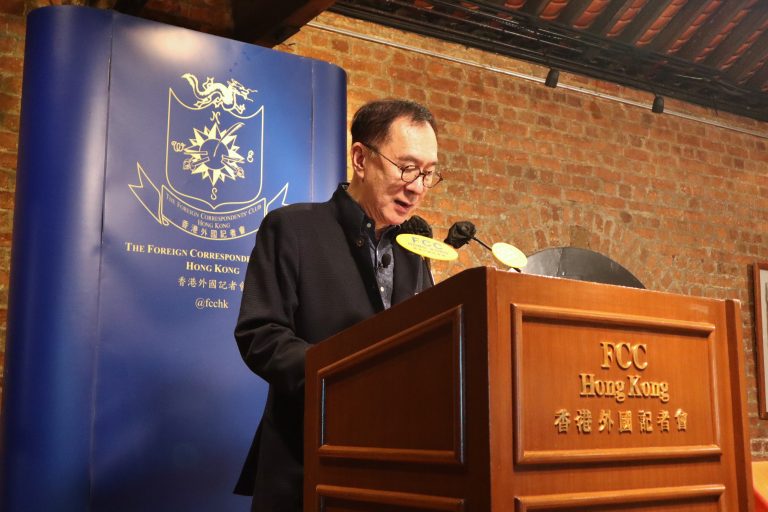 In a lunch talk at the Foreign Correspondents’ Club during which he shared his thoughts and reflections on the 2020 National Security Law passed by the central government, senior barrister Cheng Huan said that Hong Kong has a legal obligation to enact its own national security law under Article 23 of the Basic Law as soon as possible.

“My biggest disappointment is that, for 17 years after 2003, one administration after another, and especially the members of LegCo, consistently failed to carry out their constitutional duty according to the Basic Law by not enacting Article 23,” said Cheng. “Because they failed to do so, Hong Kong now has a National Security Law imposed from above. This should never have been necessary.”

He continued: “There was next to no input from Hong Kong as to how the 2020 law was to be enacted. The law’s contents did not pass through the legislative scrutiny that all local legislation must go through. I very much hope this mistake will never be repeated.”

He concluded with a warning: “If Hong Kong is again negligent of its duty, we should not be surprised if the central government again intervenes. It is essential that Hong Kong honors its duty under the Basic Law by implementing Article 23 as soon as possible.”

Earlier in the talk, Cheng said that all countries have laws to protect themselves and that each one strikes its own balance between security and freedom.

“The severity of security laws ranges wide from jurisdiction to another, but laymen are often surprised to discover how onerous and oppressive they can be, even when created by liberal Western democracies,” said Cheng. “Even in the United Kingdom, extremely harsh security laws have been used, most notably in Northern Ireland during the 30 years of civil disorder there known as the Troubles.”

Cheng also shared his thoughts on the role that the FCC itself plays in Hong Kong society, as evidenced by his invitation to speak at the club.

“The FCC is a broad church practicing democracy and tolerance of all shades of opinion. It preaches what it believes — freedom of speech — and even the freedom to hold different opinions.”