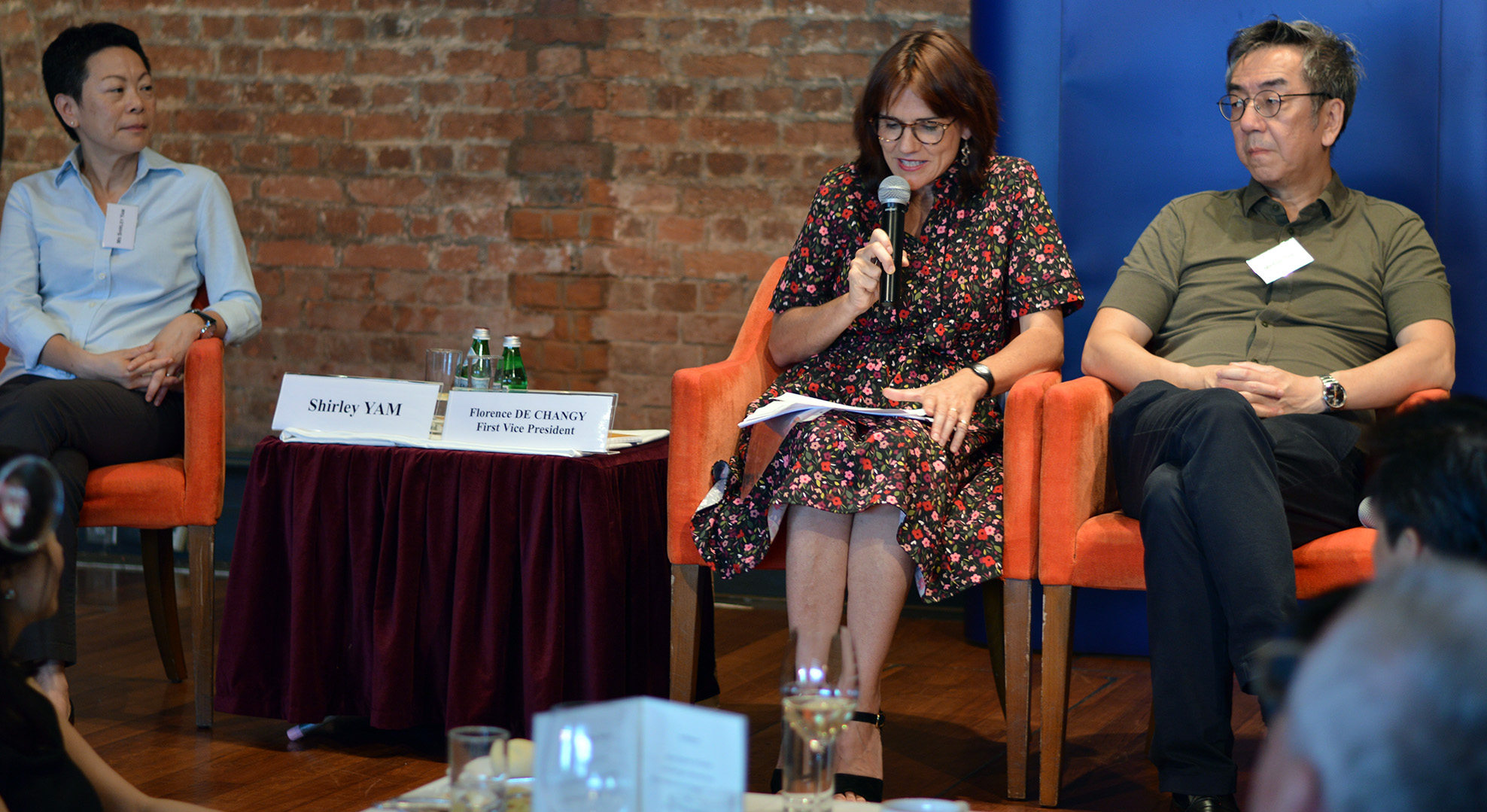 A rising sense on alienation among Hong Kong’s younger generation regarding China’s affairs has left them disinterested in holding the city’s government to account, thus local media also fails to do so.

This was the explanation put forward by columnist and former Ming Pao deputy editor Chip Tsao as he debated the state of Hong Kong’s press during a club lunch on the topic on June 7.

Asked by a reporter from the Financial Times why the Hong Kong government was not heavily questioned by the media after billionaire businessman Xiao Jianhua was abducted by Chinese officials from the Four Seasons Hotel in Central in February, Tsao said young people see incidents such as this as a ‘fight between a few big brothers’ and that the media then fails to follow up on these stories.

Also on the panel were Daisy Li, Chief Editor of Citizen News and former Chief Executive of the online news division of Apple Daily, Taiwan; and Shirley Yam, South China Morning Post columnist and vice chairperson of the Hong Kong Journalists Association. When asked whether they thought press freedom in Hong Kong had been eroded since the Handover in 1997, all panelists agreed it had.

The discussion covered the issue of censorship and self-censorship in the Hong Kong press, with Li recounting how a chief editor of a mainstream news organisation had told her she got daily phone calls from China’s liaison office in Hong Kong ‘telling her what to report or the line to take for tomorrow’s story’. The panel agreed that Hong Kong’s media was the victim of both censorship (from Central Government) and self-censorship, in that editors often second-guessed as to what their news organisation’s management wanted.

Watch the Periscope broadcast of the debate here

Yam, a columnist with SCMP for more than 10 years, expanded on the position of Hong Kong’s most read English-language newspaper since it was bought by Chinese tech firm Alibaba in December 2015.

She said: “I can quote what they said in a meeting to the staff. The role of the Post is to tell the China story to the world. Our target audience are the English-speaking audience, full stop… So they need someone who can speak the language… to tell the story that a foreigner can understand. I can see morning Post is happily taking up this role to tell the China story.” She added that she predicts other local media will begin to do the same.