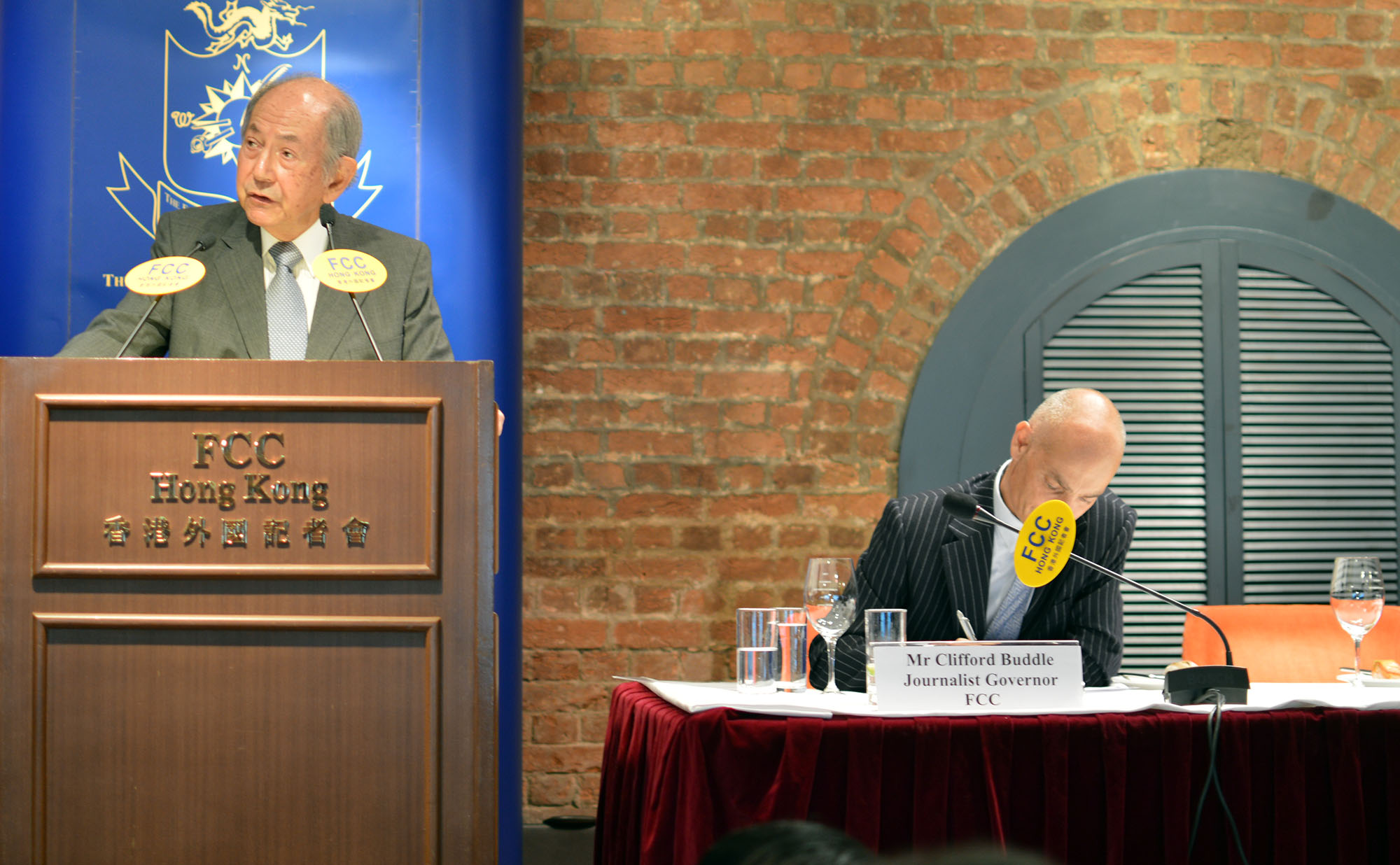 Judicial independence is not under threat in Hong Kong, in spite of the recent controversy surrounding the jailing of pro-democracy student activists, according to a former judge of the Court of Appeal.

Henry Litton CBE had outlined several cases that he believed had demonstrated that the city’s judiciary operated inefficiently and wasted taxpayers’ money, such as the ongoing judicial review case of Falun Gong practitioner Pun Lin Fan. But it was the controversial and globally publicised case of student activists Joshua Wong, Nathan Law and Alex Chow that was at the forefront of audience questions.

The three were jailed in August for their roles in a demonstration that helped spark the city’s large-scale Occupy Central pro-democracy protests in 2014. They were later charged and sentenced by then Eastern Magistrates’ Court Magistrate June Cheung Tin-ngan who ordered Wong and Law to undergo 80 and 120 hours of community service respectively, while Chow received a three-week jail sentence suspended for one year. However, this year the Department of Justice lodged a judicial review application insisting the three former student leaders deserved harsher sentences. Wong and Law were subsequently jailed for six and eight months respectively.

But Hong Kong-born Litton, who was appointed to the Court of Appeal in 1992 and became a permanent judge of the Court of Final Appeal in 1997, argued that the decision to jail the trio was based on principles of law. He said: “There are two cardinal points in sentencing: the court looks to the crime itself, its gravity, its effect on other people.” He continued: “The court will then secondly consider such mitigating circumstances as exist which might reduce the normal tariff which would be applied for that particular crime. But no mitigating circumstance could be so superior as to downgrade the crime itself.”

Litton, now an honorary professor at the University of Hong Kong Faculty of Law, said that violent crimes – “…and I think the cases that you’re talking about certainly involve violence because I think barriers erected by the police were broken down violently and that not only were people’s life and limb put at risk but people actually were injured” – required a custodial sentence by law.

“What mitigating circumstances there might be would perhaps reduce the term but generally speaking would not change radically the type of punishment to something less than imprisonment. These are the general principles that I suggest apply to the case in question,” he said.

Club member Mark Pinkstone quoted a letter from jurors that suggested the jailing of the three young activists was double jeopardy.

“An appeal by the Secretary for Justice to the Court of Appeal could only proceed on the basis of an error of law in that in sentencing in the magistracy the magistrate had not applied the proper principle relevant to the facts of the case. Constitutionally that’s how the matter got up to the Court of Appeal for its judgment and it has nothing to do with the principle of double jeopardy that you’re talking about,” Litton said.