The leading property market analyst said that 2016 activity indicates ‘the heat is coming back in to this market’, and added: “The risks in these markets are that we’re heading back into bubble territory.”

Having worked in real estate in Hong Kong for more than 30 years, Churchouse described the city’s property market as the most volatile in the world. He cited factors including the dollar peg and public policy as reasons for changeability. He said Hong Kong’s government had a vested interest in keeping land prices high because up to 30% of their revenue in recent years came from real estate.

He also levelled criticism at the government for pledging 90,000 new units in the city in the next three to four years, which Churchouse said was an overestimation.

The heat is coming back in to this market

But his biggest swipe at the government was over plans to build in the city’s country parks, which Churchouse described as ‘a cop-out’.

His pessimistic outlook for Hong Kong’s real estate market followed a series of slides that mapped out its recent history. He spoke of how, at the time of SARS, 85% of all residential sales transactions were less than HK$3 million. Today that figure is 15%.

He warned the potential of a financial crisis in China was remote but real and would have a huge negative impact on local asset prices, adding after the talk ended that he believed China would go to great lengths to prevent a meltdown in the banking system.

Another concern raised by Churchouse was that the Federal Reserve appears to be at the start of a very gradual tightening cycle, which would have an effect on Hong Kong as it is pegged to the dollar.

Al Jazeera journalist and FCC member, Adrian Brown, writes movingly of his quest to bring his elderly mother to Hong Kong from England in the….

Applications for FCC Board of Governors

FCC Announces Changes in Operation Starting Friday 27 March The Board of Governors of the Foreign Correspondents’ Club, Hong Kong has approved additional measures to…. 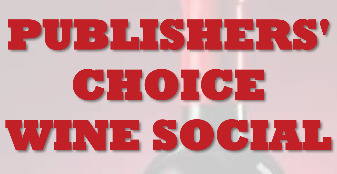