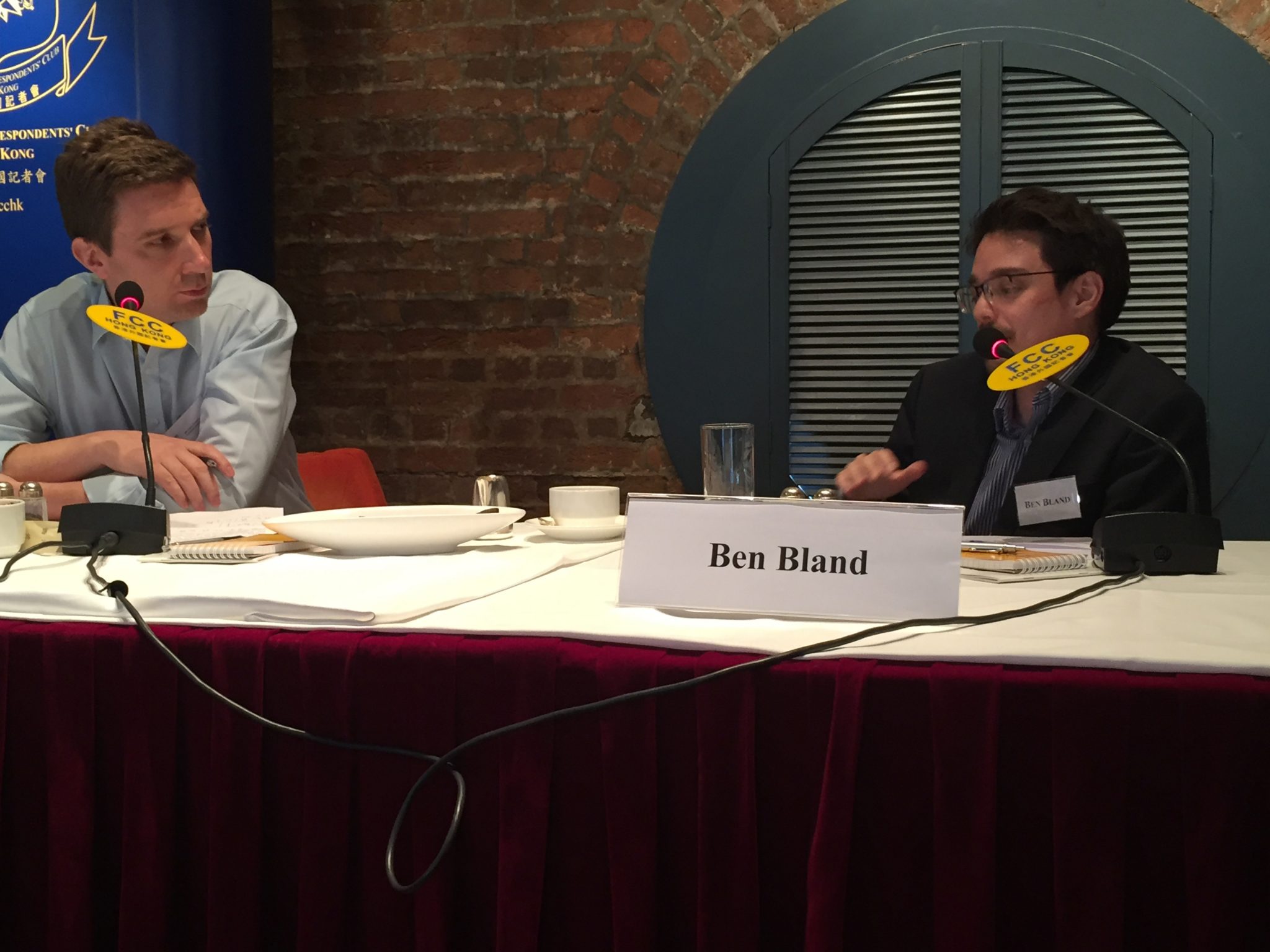 Generation HK, a new Hong Kong nation and a collision course with Beijing

During the July 3 club lunch, Bland, the South Asia correspondent for the Financial Times, defined Generation HK, a term he himself coined: “In basic terms it’s those who came of age since the handover… perhaps those who were 18 or younger in 1997.”

He explained that his book Generation HK: Seeking Identity in China’s Shadow, was a series of portraits of young people from varying backgrounds who have grown up in post-handover Hong Kong but feel little connection to the British colonial era, nor do they associate with China. Instead, he said, they are trying to carve out their own identity as Hongkongers, with some even imagining a new “Hong Kong nation”.

In a Q&A session after Bland had given a short reading from his book, he said fuelling this search for an identity was an element of frustration with inequality in terms of housing and employment in the city. Since 2014’s Occupy Central protests, he said, young Hongkongers had become more radical while at same time the Chinese government was increasingly stamping its authority on the city and that “as a result young people are pushing back harder.” Bland added that he believed there was a real risk that young people and Chinese government are on “a quite worrying collision course”.

When asked how much Generation HK could be racked up to the natural youthful impatience of all young people, and how much of it reflected the idea of being “spoilt children”, Bland said: “That’s one of the unanswered questions… At a time when, in many places in the world, people are worried about apathetic youth, these people have gone to exceeding lengths to fight for what they believe in.” He added that he didn’t believe these were “annoying young people who are inpatient”.

But he said he believed part of the push back against China happens because “China talks to Hong Kong young people on a different frequency”. Bland said the challenge for China was to engage young Hongkongers.

Bland revealed that writing the book had at times been challenging because wealthier young Hongkongers were reluctant to share their thoughts on universal suffrage and the Chinese government. He did manage to get one man from the “tycoon classes” to talk to him who told him that his British passport had felt meaningless. Bland said Hong Kong’s identity issues don’t just affect the lower classes, but reach across to business people too. But for those with money and business interests it is often easier to do a deal and put moral worries on the back burner.

Generation HK: Seeking Identity in China’s Shadow is published by Penguin Books and is available on Amazon Kindle.