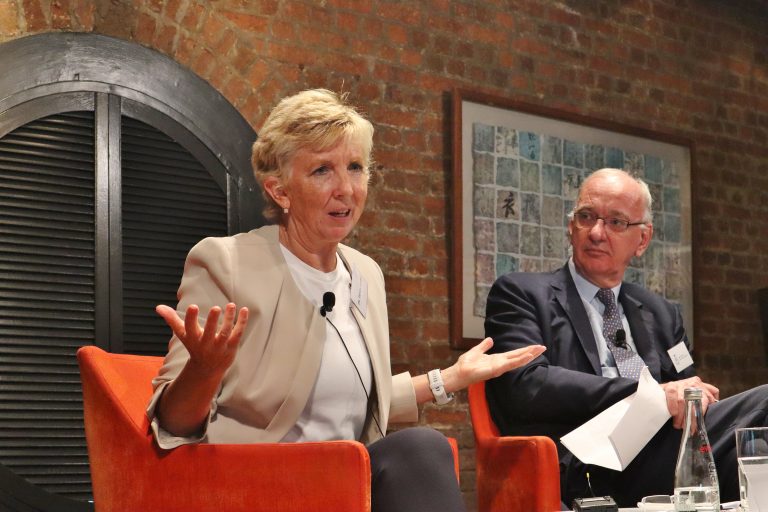 How Hong Kong Athletes Found Success at the Tokyo Olympics

On September 1, Dr. Trisha Leahy, chief executive officer of the Hong Kong Sports Institute (HKSI), joined the FCC for an in-person discussion about the lead-up to Hong Kong’s Olympic success. “These are the results of the system we’ve been building for the last eight to 12 years,” said Leahy.

When Edgar Cheung Ka-long earned a gold medal in fencing – ending Hong Kong’s 25-year gold medal hiatus – some spectators expressed surprise. Many did not realise that the city had a strong fencing culture, let alone an international star competing in the sport. But anyone who had been following Chinese-language coverage of Hong Kong’s elite athletes would have known Cheung was among the favoured competitors, said Leahy.

“I’d really like to see more English-language coverage – I’ve been complaining about the lack of it for years,” said Leahy. Chinese-language media has covered Cheung and his Olympic teammates for some time, making them household names for Hong Kong’s athletics fans, she explained. But English-language coverage of Hong Kong’s athletes has been lacking, creating a sense of surprise when the city brought home Olympic medals.

Hong Kong’s efforts to become a hub of world-renowned athletes started a long time back, said Leahy. Some factors – like population size, physiological profiles, familial support, and self-motivation – are nigh-impossible to manipulate. But funding for proper facilities, coaches, medical staff, and education support can be controlled. That’s where the government has stepped in, said Leahy.

In the 2021-2022 budget, the government invested HK$737 million in HKSI via the Elite Athletes Development Fund – roughly 42 percent more than in 2017-2018. What’s more, construction workers broke ground on the Kai Tak Sports Park in 2019 and the government allocated HK$990 million in August 2021 to expand the HKSI facilities.

When it comes to training, Hong Kong elite athletes start young, practising regularly and eventually train full-time to reach a goal like the Olympics. By the time athletes make it to the Games, it’s generally clear who has the potential to rank in the top tier.

“We’re not surprised because we’re constantly tracking results,” said Leahy. Groups like the HKSI monitor the four-year cycles of junior and senior competitions. Athletes who can place in the top three globally in the two years prior to the Olympics tend to have the best chance of winning a medal, said Leahy.