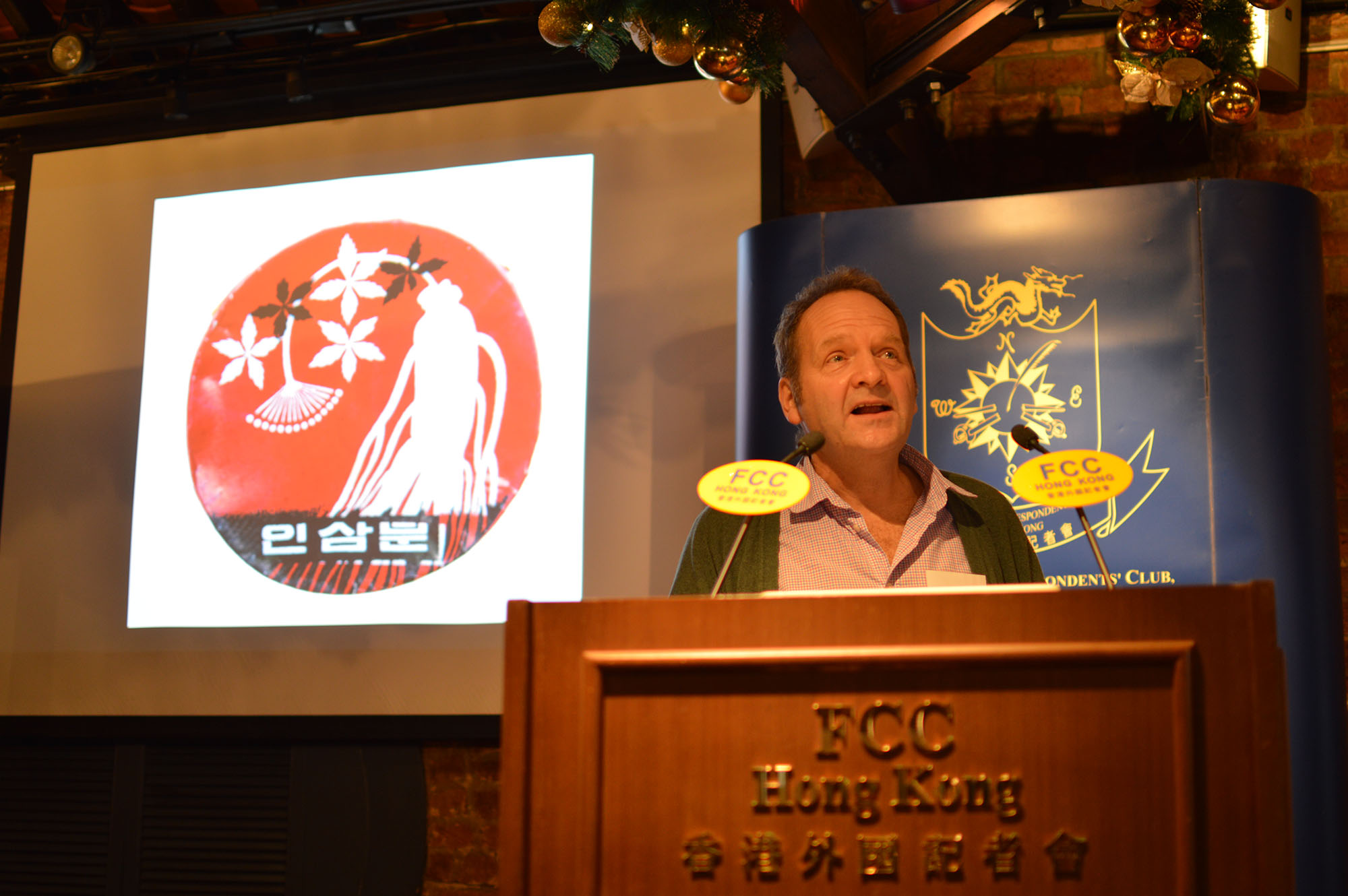 The traditional picture painted by the media of North Koreans as an impoverished people is outdated thanks to a burgeoning middle class – but the dark days of starvation may not be far away if sanctions continue to be imposed on the world’s most isolated nation.

That was the opinion of Nick Bonner, author, filmmaker and founder of a North Korean tour group who shared his insights into the DPRK having spent the last 25 years traveling to and from it.

Bonner’s new book, Made in North Korea: Graphics from Everyday Life, uses an extensive collection of graphics and North Korean propaganda artwork to tell the story of how the country has evolved over the last two decades.

Through slides showing various graphics and products, like cigarette packets, he explained how colour illustrated eras the country was going through: vibrant primary colours in the 1970s to promote the country’s virtues, against the greys and browns of the 90s during North Korea’s economic crisis which resulted in widespread famine.

The landscape architect first visited North Korea in 1993, which then inspired him to start Koryo Tours – a Beijing-based travel agency specialising in travel to North Korea. Bonner has produced three award-winning documentaries about the country, as well as North Korea’s first ‘girl power’ movie — ‘Comrade Kim goes Flying’ — which became the first-ever North Korean film to be shown to a public audience in South Korea.

But today’s North Korea – particularly its capital, Pyongyang, paints a different picture. Using his own photographs – one showing a child on a shiny red bicycle carrying a dried fish – Bonner showed the wealth element in the country’s everyday life. Some of this influence came from China, he said.

“Shops in the Metro are full of Chinese (made) rubbish – things that glow, things that are shiny,” he said, adding that market reform in 2002 meant that the import of foreign products brought about greater prosperity. “With products coming in from abroad…it’s given North Korea a kick to make their own products and repackage them.”

However, sanctions imposed as a result of leader Kim Jong-un’s ongoing spat with United States President Donald Trump could see a return to the North Korea of old, Bonner warned, adding that it would be more productive to engage the country rather than isolate it further.