News News How to reinvigorate democra... 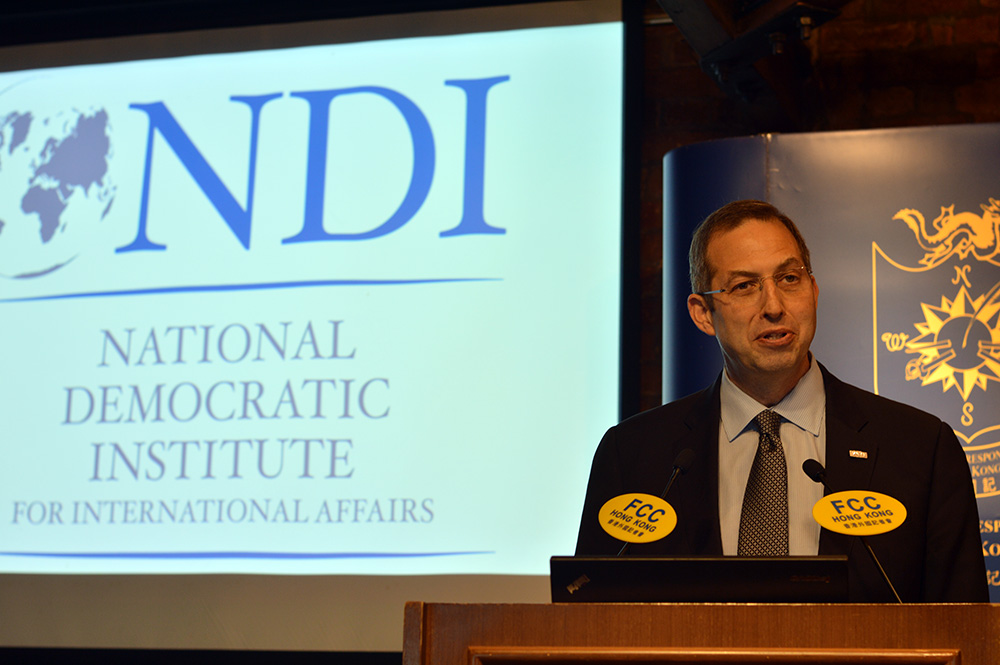 How to reinvigorate democracy around the world

Democracy has been in decline globally in recent years, exacerbated by the arrival of digital technology, the emergence of demagogues, the rise of assertive autocratic states, and a failure in too many places of democracy to deliver tangible results.

This was the message delivered by Derek Mitchell, president of the National Democratic Institute, and former U.S. Ambassador to Myanmar, when he discussed reinvigorating democracy around the world at the November 26 club lunch.

He began by congratulating Hongkongers for having their voices heard in the recent district elections, which saw a landslide victory for the pro-democracy camp. Ambassador Mitchell also discussed the rise of authoritarianism.