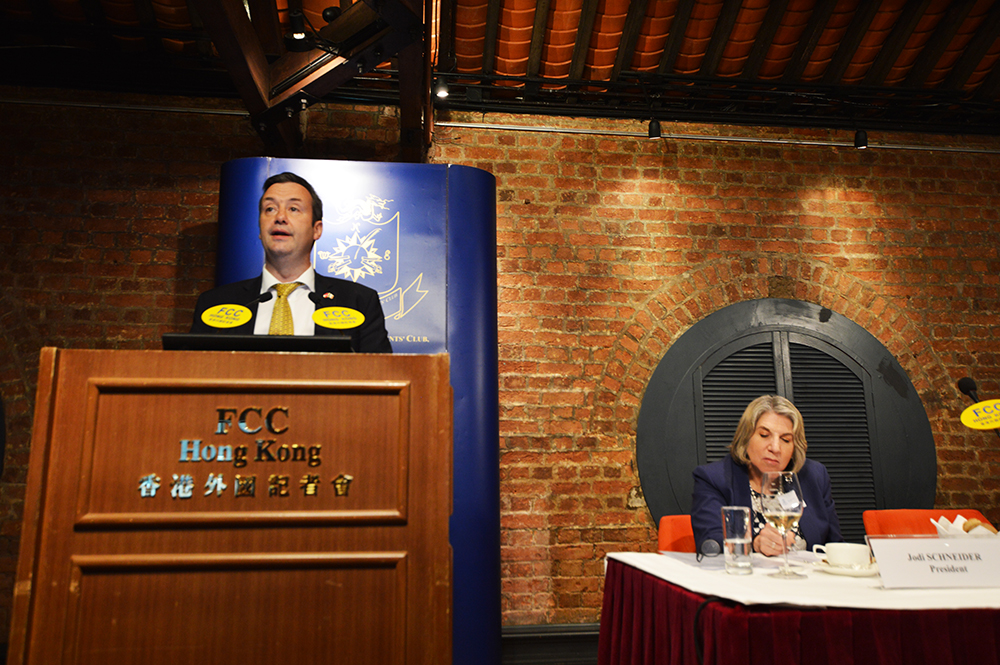 Ireland’s finance minister says his government is prepared to listen to any alternative solutions the United Kingdom may have to the question of the backstop, but stressed that so far Prime Minister Boris Johnson had failed to put any forward despite the fast-approaching deadline for Britain to leave the European Union.

Minister of State at Ireland’s Department of Finance, Michael D’Arcy, at the FCC on September 2. Photo: Sarah Graham/FCC

Speaking at the September 2 club lunch, Michael D’Arcy reiterated that the withdrawal agreement thrashed out between the European Union and former British prime minister Theresa May was now non-negotiable but said he personally felt a deal on the issue of the border between the Republic of Ireland and Northern Ireland could be done after the October 31 deadline passes. He said Ireland was committed to exploring alternative agreements with the EU to avoid the return of a hard border which he said put the island’s prosperity at risk. D’Arcy added that avoiding a hard border was not just about economics, but about protecting the Good Friday Peace Agreement.

Referring to his controversial tweet last week in which he compared Prime Minister Johnson’s “anti-democratic” move to prorogue UK Parliament to Oliver Cromwell’s establishment of the Protectorate government, D’Arcy conceded he “shouldn’t interfere with UK Parliament” but added that he felt the current direction of discourse in politics internationally was “disappointing”.