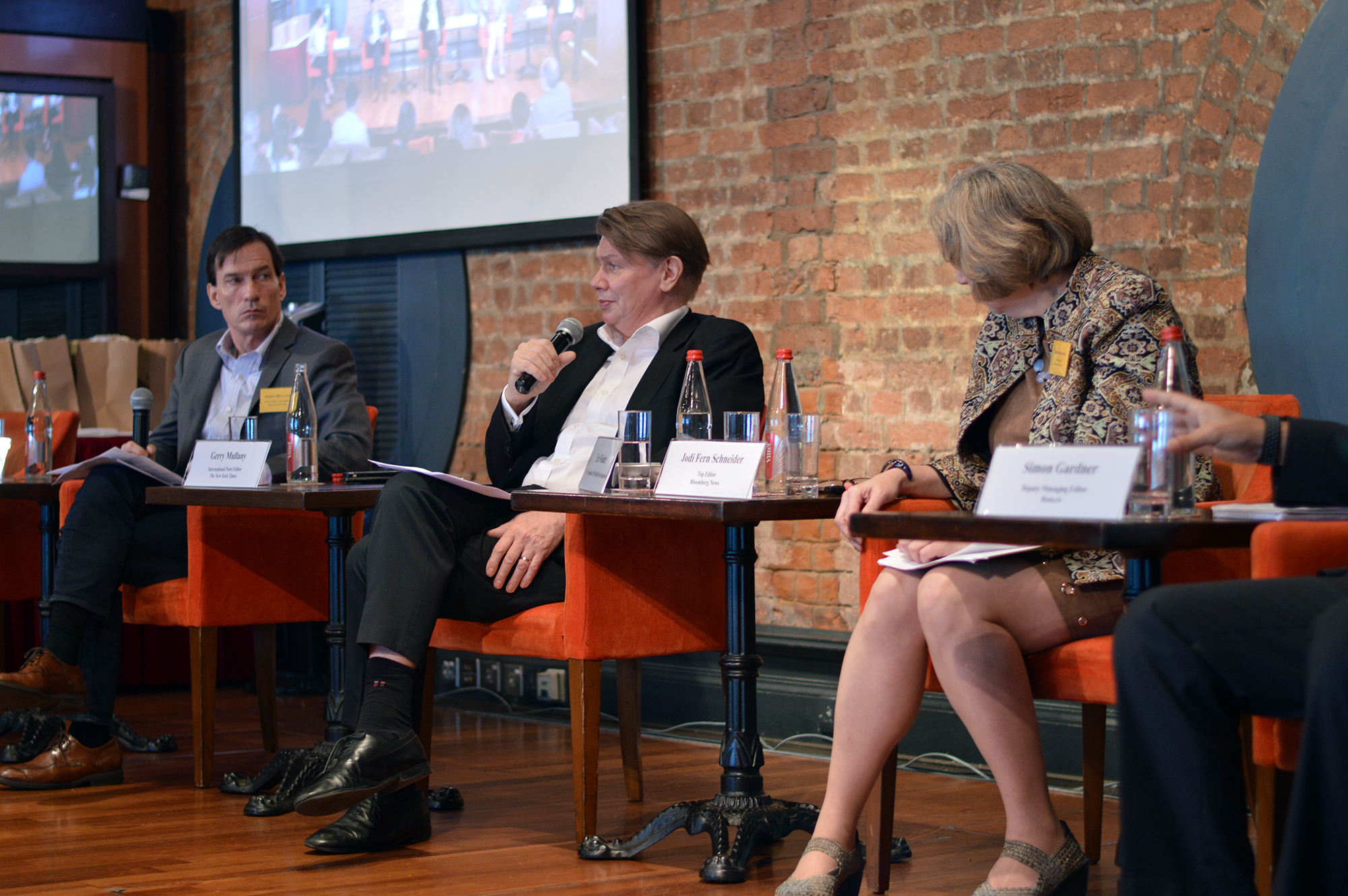 Journalists need to fact check more than ever to stamp out fake news, conference told

Journalists must “double down” on their jobs now more than ever to fight the tidal wave of fake news, the FCC Journalism Conference was told.

Verify your information, quote your sources and use data to ensure you become a trusted source was the message from the opening panel.

The cream of the region’s reporters and editors gathered to discuss the challenges facing news organisations with the rise of unverified news, much of which has been blamed as contributing to the recent election of U.S. President Donald Trump.

Introduced by moderator Eric Wishart, FCC President, Gerry Mullany of the New York Times joined Bloomberg’s Jodi Schneider; Simon Gardner of Reuters; and Yumiko Ono of the Wall Street Journal at the opening of the April 29 conference. They discussed how difficult it has become to report political developments under Trump’s administration.

Schneider said journalism was harder now “because the agenda is being set by Trump through tweets” and the way that Whitehouse press briefings were now being controlled. Those tweets can’t be ignored, she added, but it was important now more than ever to use data to verify them. She said research showed “where there’s no name attached to a quote people tend to disbelieve it” and said she hoped that in times of crisis people would go to the trusted sources for their news.

Mullany described attacks on the press by Trump as “very dangerous” but added that “there are so many fake news stories because there’s an audience for it”.

Social media was also highlighted as a vehicle for the spread of fake news. Ono said the Wall Street Journal was doing “a lot of soul-searching” in trying to discover who its audience is and what they want as the organisation tries to combat fake news.

Reuters’ Simon Gardner revealed the head teacher at a Hong Kong school he recently visited said the school was trying to teach pupils about fake news and the importance of verified news sources – he added: “I hope next year we’ll be talking about the death of fake news at this conference.”

The FCC’s second journalism conference kicked off with an interview with the New Yorker’s Evan Osnos, who has been covering Trump’s administration for the magazine. He talked about America’s white nationalist media and how it subjected him to antisemitic attacks.

He said he believed that before the Trump administration is out it will “make a serious effort to try to stifle the press”, but added that “there is an accountability… I think Donald Trump is in a much more precarious position…” than the administration thinks in a legal sense.