Coronavirus: Life in Hubei during lockdown

A virus that began in China is now sweeping the world. Streets are emptied as countries go into lockdown and travel is grinding to a halt. The death toll from coronavirus, or COVID-19, has passed 53,000 and the number of cases had just gone over a million at the time of going to press. The Correspondent looks at a pandemic that is changing life everywhere.

‘Birds were taking over the streets, and I wondered what they would think of this sudden retreat of bothersome humans’

Like millions of Chinese, Robert Hu and his parents travelled to see their elderly relatives in Hubei province for Chinese New Year. Suddenly he was in lockdown for more than two months. They made it home to Shenzhen just as we were going to press. Robert is now considering journalism graduate school options

This was supposed to be another routine family reunion during Chinese New Year in Yichang, Hubei, my hometown famous for its rivers, mountains and fried carrot dumplings. I had travelled there with my parents from Shenzhen, where we now live. Everything should have followed the same script as for generations before me. Instead, the Year of the Rat started with anything but a normal routine, for almost everyone that I know.

I’m not totally unfamiliar with the notion of fear and uncertainty. From social unrests in Hong Kong, to the deadly conflicts in Jerusalem – where I was on a study abroad programme on conflict resolution – I have several times voluntarily got myself into the midst of tumultuous moments to observe and document.

But nothing could fully prepare me for what happened right here in my birthplace, even though I had been following the news of a possible outbreak since the end of December. From January 20, when a civilian expert finally admitted that what is now known as COVID-19 is indeed infectious among humans, the situation went into freefall in front of our eyes. 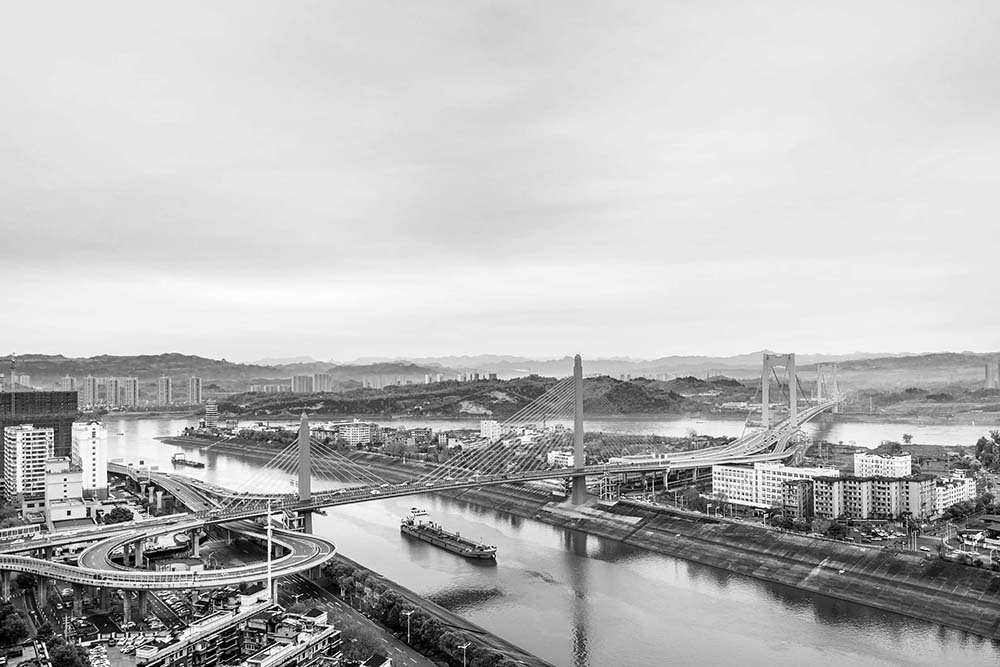 All shops ran out of masks on January 22. I saw a man lose his composure, yelling on the phone about the seriousness of the situation according to “directives from the central government” on a near-empty street, and by January 25 everything stopped in Yichang, including any chance of making my way back to Shenzhen.

Compared with this outbreak, the peak of an epidemic called fear came much earlier. On the eve of January 25, the far from merry first day of New Year and the night before my scheduled flight, I felt a sudden chill. The timing was uncanny. At the time we were not informed of the planned cancellation of all flights out of Yichang. Although we had by then realised there was a strong possibility of that eventuality, we still maintained hope that we would be able to get out.

My parents and I were staying in our Yichang apartment as usual when we visited our elderly relatives, and the possibility of me infecting them plus the uncertainty of this virus filled me with dread. There was even a moment when the terrible thought that I wouldn’t make it out of this situation wormed its way into my mind. That night was the most difficult time during this whole period. Compared with this outbreak, the peak of an epidemic called fear came much earlier. 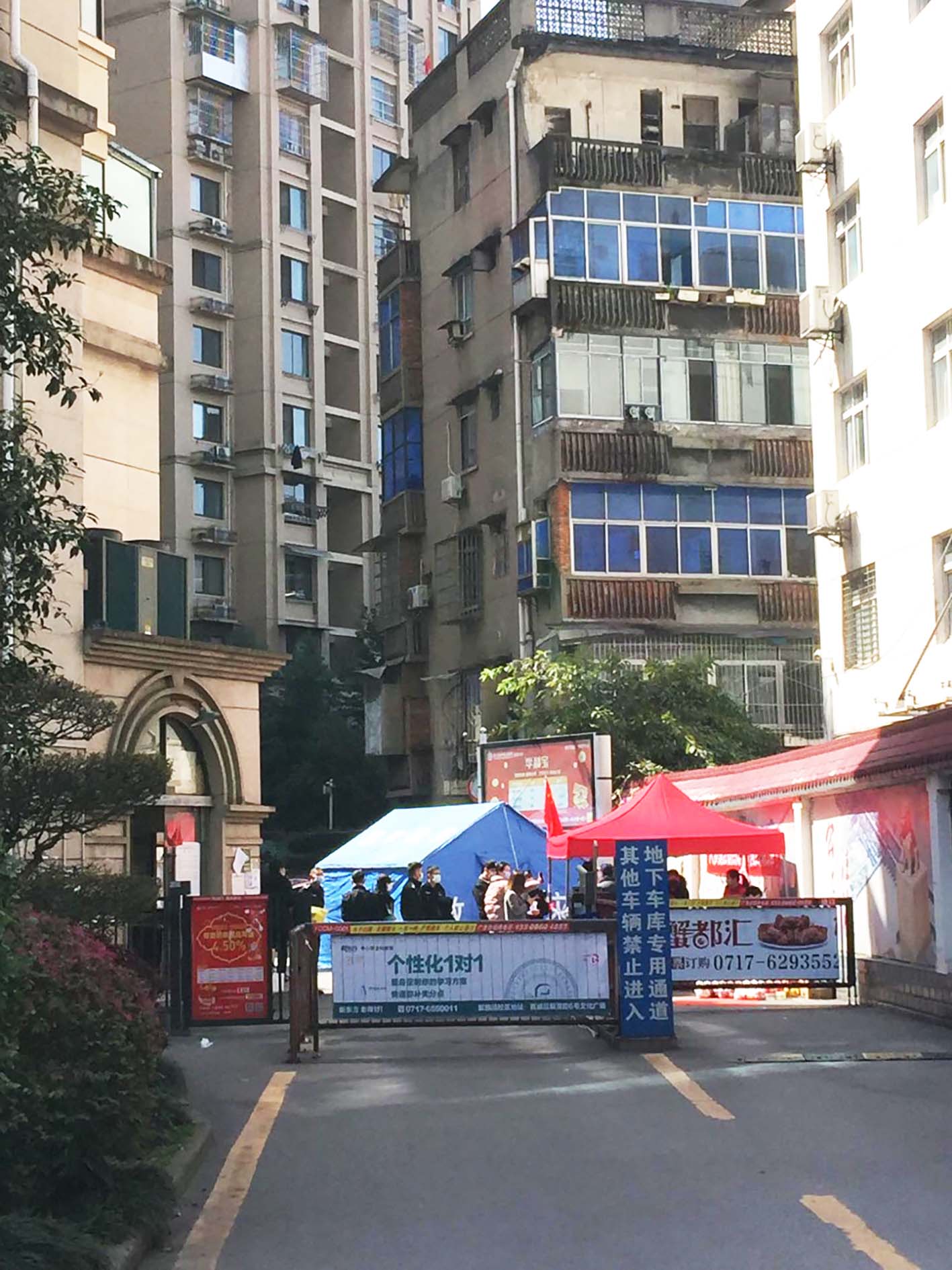 ‘Near every entrance to residential compounds there was a blue tent labelled as “disaster relief”, a surreal scene that I never would have imagined happening so close to home.’

When you are immersed in fear, you will try anything to stay afloat. I began to comfort myself with logic; for example, the chance of us contracting the disease and getting seriously ill was low. After all, Yichang is hundreds of kilometres away from the epicentre of Wuhan, and we were not aware of having close contact with anyone who came from there.

Despite the lockdown, and increasingly draconian measures that were slowly but surely tightening, we insisted on venturing out of our residential compound every day to get some fresh air. In the early days we could still find someone on the street taking their daily walk or jogging alongside the riverbank. A few days later, all non-essential personnel in Hubei province were confined to their homes in a mandatory quarantine.

Our time of total confinement began.

Fortunately, all of us tried to make the best of our situation, and often joked away the tension and stress that lingered between us. We found that doing family activities such as singing and pep talks helped. Not everyone was lucky to have such company. There were many trapped in Yichang without a place to stay, quickly running out of supplies and with no one to turn to. Social media were full of chat groups and desperate pleas asking for assistance for supplies or a way out of the province. I was in one group where many did not have a stable income to weather the storm.

I found it was crucial to find simple pleasures and focus on positive things that happened around me. Without mass transport and factories in operation, the usually smog-thick sky became clearer. Birds were taking over the streets, and I wondered what they would think of this sudden retreat of bothersome humans. One of them would land outside my window every day, linger for a few seconds and then freely fly away with a stick in its mouth. It reminded me that in nature, everything was carrying on as if nothing had happened. 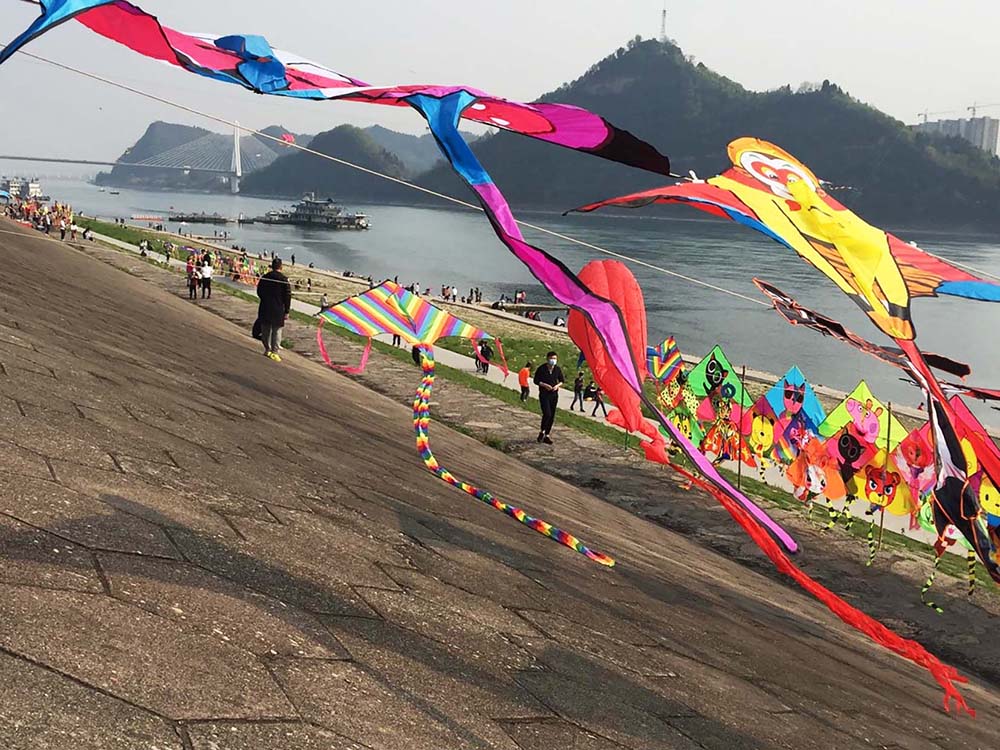 ‘By March 20, armies of kites were in the skies. Mine eventually broke free, but I didn’t mind one bit.’

Soon, we created a daily routine in our confinement, fear gradually subsided, and our basic needs were being better addressed by government-sponsored deliveries and the apparent improvement of the official statistics. It is true what they say – given time we are capable of adapting in adverse situations.

After nearly a month, outdoors seemed less attractive than before. We nonetheless were excited to get out of the main gate, only to find a largely deserted city criss-crossed by barricades of various kinds serving as improvised checkpoints everywhere. Near every entrance to residential compounds there was a blue tent labelled as “disaster relief”, a surreal scene that I never would have imagined happening so close to home.

Gradually some shops, especially barber shops, began to open in secret. By March 20, armies of kites were in the skies. Mine eventually broke free, but I didn’t mind one bit.

At the time of writing this, Hubei is gradually returning to normal on all levels. Travelling outside the province is still restricted, but this is relaxing daily. Since early March, the situation outside China has been rapidly deteriorating. As I find countries are adopting some of the draconian methods I thought would never happen outside China, I have become less critical about our earlier efforts to contain the disease.

For anyone who is experiencing what we have been through, I would say this: The situation will get much worse before it gets better in the coming months. But rest assured, if we all do our bit, everything is going to be fine.