News News Me and the Media: Francis M... 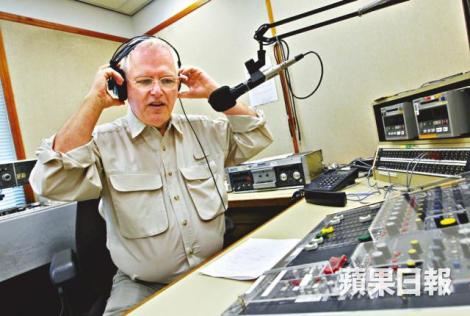 Me and the Media: Francis Moriarty’s career highlights – and a missed golden opportunity

The media – a term that did not appear in its collective form taking the singular until well into my career – was never that I sought to join. Not unlike other callings, journalism came out to find me. A nun teaching the eighth grade at St. Mary the Morningstar school volunteered me as the editor of the class newspaper. That led into being subsequently volunteered, also by the Sisters of St. Joseph, as a competitor at the statewide speech festival in the radio broadcasting category. My voice had not yet changed and I still had peach fuzz. I found myself finishing as a runner-up to a guy who looked like he needed to shave twice a day and sounded like a young Walter Cronkite. It was a crushing experience but a learning one. Several years later, I saw a student-wanted post on a school bulletin board seeking a part-time writer on the local paper’s sports desk. I’m not sure if anyone else even applied, so they hired me. That was exactly 50 years ago and the paper was the Berkshire Eagle in Pittsfield, Massachusetts. I now write a regular column for them. Such is progress.

I’ve been extremely fortunate in my career and have had a lot of high points. Hitchhiking across the United States and ending up in the MJ degree program at U.C. Berkeley was one early high point. Another game-changer was being selected as a visiting fellow in the Journalists in Europe fellowship program in Paris, France, a decade on. This would turn out, years later, to lead me to Hong Kong.

One of the more satisfying career moments was getting sacked as editor a weekly paper in California after doing a lengthy series of articles that really angered some of the paper’s major advertisers. The publisher caved in to the pressure. Though it stung, and felt like a low at the time, it led to my moving from Silicon Valley up to San Francisco, opening a whole new world of opportunities and major stories, including the People’s Temple, the arrival of the Boat People from Vietnam, the rise of the gay political movement and the double assassination of San Francisco Mayor George Moscone and gay Supervisor Harvey Milk. One of the more dramatic moments was being in Chicago for the first election of Barack Obama and seeing him and his family on the election night. There’s a fairly lengthy list of other major stories, including 4 June 1989, and the many events leading to Hong Kong’s handover.

Don’t just do jobs, interesting though they may be, but conceive of a longer-range career and then seek to manage it – while remaining flexible and spontaneous. Also, should anyone ever again offer you the chance to be a full partner in the world’s first computer-game company, this time say yes.