News News Me and the Media: Freelance... 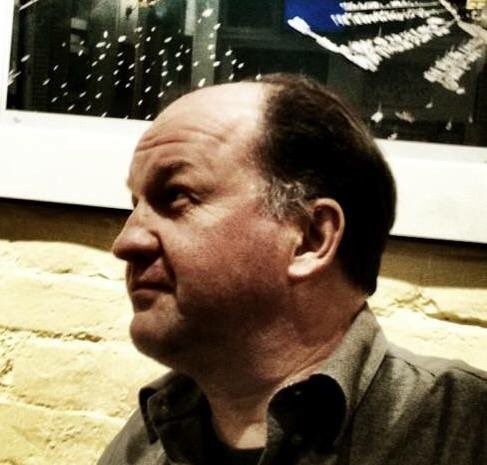 Me and the Media: Freelance business writer George W. Russell

George W. Russell, an FCC member since 1988, combines freelance writing (mostly about business) with the pursuit of his interest in the history and practice of journalism as a part-time research assistant at the University of Hong Kong’s Journalism and Media Studies Centre.

A favoured aunt taught me to read as a toddler, using the pages of The Herald, a defunct Melbourne evening daily. So my literacy was founded on the news of the day. I was a typical teenager with no clue about the future and I’d done badly in my final year of high school. I was rescued from having to make further decisions by a delightful old hack named Pat Tennison, who ran the cadet course at Southdown Press in Melbourne (part of the Murdoch empire). He saw something no one else could see and offered me job as a copy boy on The Australian.

I’ve never been a true hard news reporter, or a proper foreign correspondent. I’ve kind of worked in trade and other fringe media. But I have fond memories of working for Variety, the US showbiz bible, putting in 20 hours a day editing a daily newspaper at the Cannes film festival and fuelled by pizza and rosé, and driving the Mac page files at high speed along the A8 in a Renault minivan to the printers in Nice. My present life is a high point, too. It’s my third time in Hong Kong and it’s great here with a family I love and helping out at the Journalism and Media Studies Centre at the University of Hong Kong. It’s inspiring to work with the students and learn new things about media myself.

There have been so many. It’s not so much burned bridges as a conflagration of crossings. Another low is when a title has closed on me, and there have been a few of those. Another was thinking I could survive as a freelance editor in Seattle in the 1990s. It was my first experience of watching the dying print media in a small, insular city. I was sleeping in an abandoned car at one point. Another was when a man named Stanley Asimov at Newsday on Long Island who, after I’d done a week’s tryout on the copy desk, suggested I consider a career outside journalism.

Accumulate more and better skills and experience. Look beyond what’s happening in your own personal clique and pay more attention to the big media picture. It’s important to be able to readjust your own settings to better fit the market, especially as a freelancer. Go to seminars and conferences, talk to as broad cross-section of society as you can. And I can’t think of how much I’ve made from selling stories that were inspired by an FCC lunch speaker.