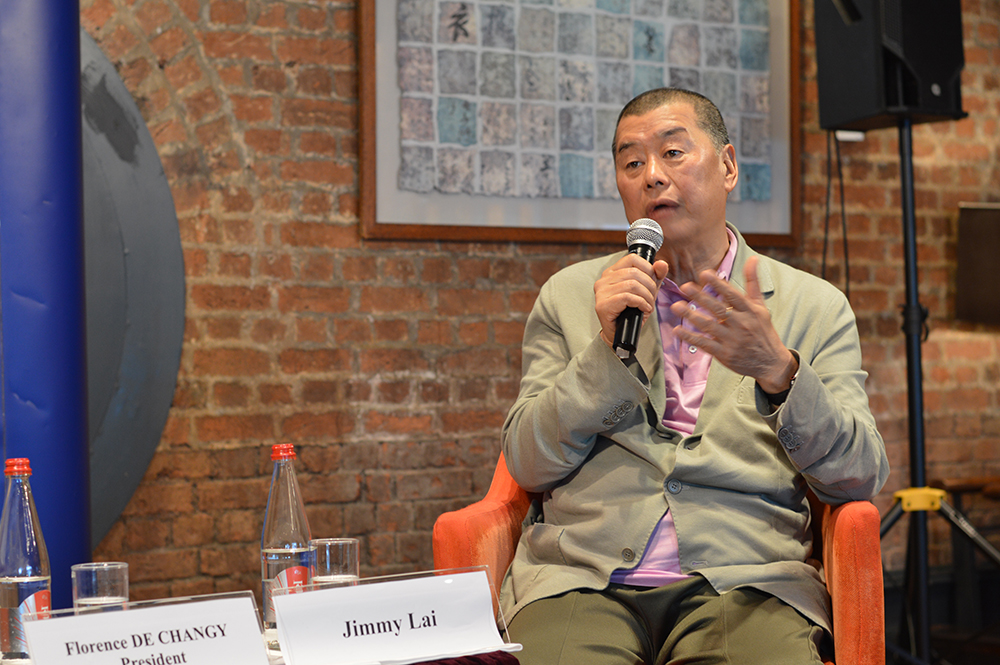 Media entrepreneur Jimmy Lai: Hong Kong Extradition Law is ‘the battle against the massacre of our freedom’

Hong Kong’s proposed changes to its extradition agreement with China will finish Hong Kong, warned media entrepreneur Jimmy Lai, as he called on residents to protest.

Jimmy Lai, founder and chairman of Hong Kong-listed Next Digital, at the May 20 club lunch. Photo: Sarah Graham/FCC

If the bill passes, many foreign businesses will leave Hong Kong, Lai predicted, quoting a new and as yet unpublished survey that found 90% of businessmen in the city were against the proposed Fugitive Offenders Ordinance amendment bill that would allow the city to accept extradition requests from countries where there is no prior agreement.

“This is the last battle. This is the battle against the massacre of our freedom,” Lai said at the May 20 club lunch.

The founder and chairman of Hong Kong-listed Next Digital, publisher of Apple Daily and Next Magazine, also described Hong Kong Chief Executive Carrie Lam as “evil” and gave this advice to young journalists: “It’s a risky business… but you’re fighting for society, which is worth fighting for, and that has a lot to give us as a person – the dignity, the pride, the reason to live.”