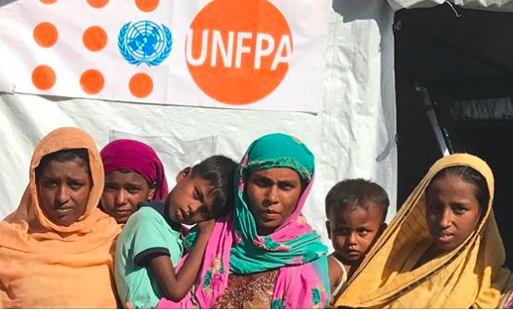 Media guidelines for reporting on gender-based violence in humanitarian contexts

The UN Population Fund (UNFPA), which specialises in gender-based violence and sexual and reproductive health, has published the following media guidelines for reporting on GBV in humanitarian contexts such as the Rohingya Refugee Emergency.

I. Purpose and Audience

At its best, media reporting on sexual and other forms of gender-based violence (GBV) in emergency contexts facilitates advocacy with decision makers and communities to ensure protection for refugees, internally displaced persons (IDPs) and other vulnerable groups and supports fundraising for comprehensive GBV programs. However, media reporting on GBV in emergency contexts – when it fails to take into account basic ethical and safety principles – can also put GBV survivors, their families and those who are helping them at risk.
The guidelines are intended to ensure that all actors who play a role in facilitating or engaging in media reporting on GBV are aware of and able to prioritize the ethical and safety considerations that preserve the safety, confidentiality and dignity of survivors, their families, their communities, and those who are trying to help them.
The audience for these guidelines is two-fold: first, the guidelines are meant to support those actors who are working in humanitarian contexts to address the needs of GBV survivors, e.g. as part of a UN, NGO or Government entity, including senior management of these organisations. Second, the guidelines propose best practices for journalists and other media professionals who are reporting on GBV in emergency contexts.

Any efforts to document GBV for the purposes of media reporting must first prioritize survivors’ safety and best interests. Considerations around a survivor’s best interest must take precedence over other objectives, including drawing attention to particularly grave GBV violations, such as mass rape. Concretely this means that journalists, reporters and other media professionals, as well as those actors who may be supporting access to survivors, must prioritize survivors’ rights to dignity, privacy, confidentiality, safety, security and protection from harm or retribution and should consider if and how a story could potentially violate any of these core principles.
Survivors’ best interests are deeply impacted by the context in which a story is reported. Prior to facilitating access and/or covering any story on GBV, there must be a clear purpose for the story (beyond “human interest”) and the implications of publicising the issue in that context must be carefully considered. Both those entities that are facilitating access to affected populations and the media professionals who are reporting the story must remain aware of the changing dynamics within crisis-affected communities, and the possible negative impacts that such a singular focus on sexual and other GBV could have on their well-being. The potential positive impact of reporting on GBV for survivors and others within the affected population must be clearly articulated beyond simply raising awareness, promoting an organization to increase their visibility and/or generating greater donor interest.

Journalists and other media professionals play a critical role in not only raising awareness of GBV but also in counteracting myths and outdated attitudes that may persist on the issue. Drawing attention to positive stories of empowerment and resilience, for example, can assist in illustrating how survivors often act as advocates and agents of change. Below are some additional suggestions for journalists and other media professionals to guide safe and ethical reporting on GBV in humanitarian contexts:
Important Consideration: Working with Internal Media Professionals
It is important to consider the possible power differentials that may factor into reporting of a GBV-related story that is generated from within an agency versus from an external media source. For instance, if a communications staff from headquarters or regional offices requests access to survivors for the production of communication materials, a country office may feel obligated to provide such access. In such cases, if a country office believes that granting access could jeopardize current efforts to address GBV or to provide services to survivors, field staff should reach out to relevant GBV, Gender, RH, or Protection focal points at HQ or regional office for support and to ensure that all staff are aware of these guidelines. However, depending on the country context, field staff may establish that there are no risks involved and that, as long as communication staff respect interview guidelines, access to survivors can be provided.
For more information on “Words to use, words to avoid’ see Reporting on Sexual Violence: A Guide for Journalists, MNCASA, http://www.mncasa.org/index_451_3523309454.pdf, 3 Since the name of the survivor or any other identifying information must be changed in the story, there is no need to write it down. In fact, once a name is in the notes it can put confidentiality at risk: journalists or media specialists could be stopped by parties to the conflict at a checkpoint and the notebook or computer could be confiscated or stolen, putting the survivor and family at risk even for having spoken to the media.
Due to the potential repercussions on the safety, security and psychological well-being of the survivor, facilitating individual interviews between journalists and GBV survivors is not recommended. Agencies and organizations who are providing direct support for survivors should not be responsible for “finding” survivors for journalists to interview. Instead, aid workers can assess the environment and consider if and how survivors could be directly or indirectly engaged.
If a survivor volunteers to tell her/his story, these are the key steps to be taken by humanitarian professionals before an interview is arranged:

How to ensure a decision is “informed”

In advance of the interview, journalists and other media professionals must:
For additional information, go to: www.unicef.org/media/media_tools_guidelines.html.

The following are some of the most common type of GBV in emergency contexts. Journalists and other media professionals should adhere to the below definitions in reporting on GBV.7
TYPE OF GBV
DEFINITION/DESCRIPTION*
Rape
Non-consensual penetration (however slight) of the vagina, anus or mouth with a penis or other body part. Also includes penetration of the vagina or anus with an object. Rape includes marital rape and anal rape/sodomy.
Sexual Assault
Any form of non-consensual sexual contact that does not result in or include penetration. Examples include: attempted rape, as well as unwanted kissing, fondling, or touching of genitalia and buttocks.
Sexual Exploitation
The term “sexual exploitation” means any actual or attempted abuse of a position of vulnerability, differential power, or trust, for sexual purposes, including, but not limited to, profiting monetarily, socially or politically from the sexual exploitation of another. Some types of “forced prostitution” can also fall under this category. 8
Sexual Abuse
The term “sexual abuse” means the actual or threatened physical intrusion of a sexual nature, whether by force or under unequal or coercive conditions. 9
Physical Assault
An act of physical violence that is not sexual in nature. Example include: hitting, slapping, choking, cutting, shoving, burning, shooting or use of any weapons, acid attacks or any other act that results in pain, discomfort or injury.
Domestic Violence/ Intimate Partner Violence
Intimate partner violence refers to violence that takes place between intimate partners (spouses, cohabiting partners or boyfriend/girlfriend). Domestic violence is often used interchangeably with intimate partner violence, but also can include violence by family members other than a spouse. This type of violence may include physical, sexual and/or psychological abuse, as well as the denial of resources, opportunities or services.10
Forced Marriage
Forced marriage is the marriage of an individual against her or his will.
Early or Child Marriage
Early or child marriage (marriage under the age of legal consent) is a form of forced marriage as the girls are not legally competent to agree to such unions).11
Psychological/ Emotional Abuse
Infliction of mental or emotional pain or injury. Examples include: threats of physical or sexual violence, intimidation, humiliation, forced isolation, social exclusion, stalking, verbal harassment, unwanted attention, remarks, gestures or written words of a sexual and/or menacing nature, destruction of cherished things, etc. Forms of sexual harassment may be included in this category of GBV.
Denial of Resources, Opportunities or Services
Denial of rightful access to economic resources/assets or livelihood opportunities, education, health or other social services. Examples include a widow prevented from receiving an inheritance, earnings forcibly taken by an intimate partner or family member, a woman prevented from using contraceptives, a girl prevented from attending school, etc. “Economic abuse” is included in this category. Some acts of confinement may also fall under this category.
Trafficking in Persons
“…the recruitment, transportation, transfer, harbouring or receipt of persons, by means of the threat or use of force or other forms of coercion, of abduction, of fraud, of deception, of the abuse of power or of a position of vulnerability or of the giving or receiving of payments or benefits to achieve the consent of a person having control over another person, for the purpose of exploitation. Exploitation shall include, at a minimum, the exploitation of the prostitution of others or other forms of sexual exploitation, forced labour or services, slavery or practices similar to slavery, servitude or the removal of organs.” 12
Harmful Traditional Practices
Cultural, social and religious customs and traditions that can be harmful to a person’s mental or physical health. It is often used in the context of female genital circumcision/mutilation or early/forced marriage. Other harmful traditional practices affecting children include binding, scarring, burning, branding, violent initiation rites, fattening, forced marriage, so-called “honour” crimes and dowry-related violence, exorcism, or “witchcraft”.13
Female Infanticide
Sex selection typically occurs because of discrimination against women and girls and a systematic preference for boys.14 This can lead to neglect and/or discrimination against girls in access to care, food and other resources and in extreme cases to female infanticide.
Son Preference
“Son preference refers to a whole range of values and attitudes which are manifested in many different practices, the common feature of which is a preference for the male child, often with concomitant daughter neglect. It may mean that a female child is disadvantaged from birth; it may determine the quality and quantity of parental care and the extent of investment in her development; and it may lead to acute discrimination, particularly in settings where resources are scarce. Although neglect is the rule, in extreme cases son preference may lead to gender-biased selective abortion or female infanticide.”15
6 Child Rights and the Media: Putting Children in the Right: Guidelines for Journalists and Media Professionals; International Federation of Journalists, Jan. 2002 (http://www.unicef.org/magic/resourc…) 7 Managing Gender-based Violence Programmes in Emergencies, E-learning Companion Guide, UNFPA 8 UN Secretary General’s Bulletin on Protection for Sexual Exploitation and Abuse (ST/SGB/2003/13).
9 ibid.
10 GBVIMS User Guide (2010). 11 Sexual and Gender-Based Violence against Refugees, Returnees and Internally Displaced Persons, (UNHCR, 2003). 12 Protocol to Prevent, Suppress and Punish Trafficking in Persons, especially Women and Children (2000). http://www2.ohchr.org/english/law/p… 13 “Rights of the Child” Note by the Secretary-General. 29 August 2006. http://www.unicef.org/violencestudy… 14 “Preventing Gender-based sex selection” (Inter-Agency Statement, 2011) http://www.unfpa.org/webdav/site/gl… biased_sex_selection.pdf
15 Fact Sheet No.23, Harmful Traditional Practices Affecting the Health of Women and Children (OHCHR, 1995)
http://www.ohchr.org/Documents/Publ…
**Please note: the definitions provided here refer to commonly accepted international standards. Local and national legal systems may define these terms differently and/or may have other legally- recognized forms of GBV that are not universally accepted as GBV.
*Unless otherwise noted, these Guidelines have been adapted from two key resources: Reporting guidelines to protect at- risk children, UNICEF (http://www.unicef.org/media/media_t…) and IFJ Guidelines for Reporting on Violence Against Women, Ethical Journalism Initiative (http://ethicaljournalisminitiative.org/… reporting-on-violence-against-women)
We measure site performance with cookies to improve performance.