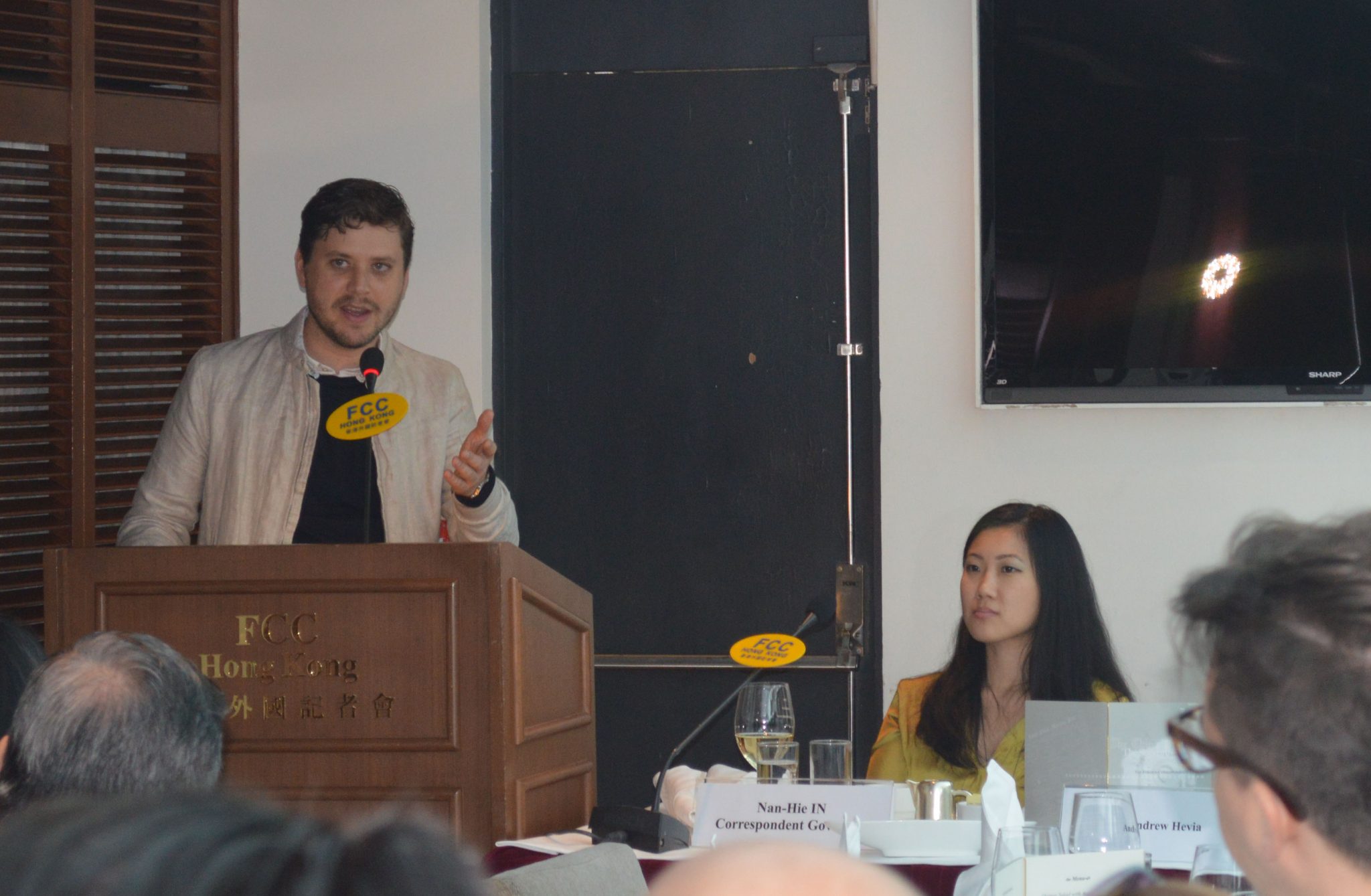 A crime thriller set in Hong Kong and featuring local actors is the next project for Andrew Hevia, co-producer of the Oscar-winning film, Moonlight.

Speaking at the March 27 club lunch, the young American revealed that the film is about a British-born Chinese photographer in the city who captures a crime on camera and becomes obsessed with solving it. The film is not yet in production but Hevia said he hoped to start shooting it within 12 months with Hong Kong actors in the key roles.

In a talk to members on the Verandah, Hevia talked about how he became involved with Moonlight, which picked up the Best Picture award at this year’s Oscars. He also gave amusing insight into this year’s infamous Oscars debacle, where Faye Dunaway and Warren Beatty wrongly announced favourite La La Land as the winner.

Hevia talked about how he got into film making and subsequently, as a 2015-2016 Fulbright Fellow, spent 10 months in Hong Kong. It was during that time he met commercial director Joshua Wong – with whom he is shooting the Hong Kong thriller – having gone to watch star Wars: The Force Awakens in the hope of meeting other fans of the movie that he could make friends with in the city.