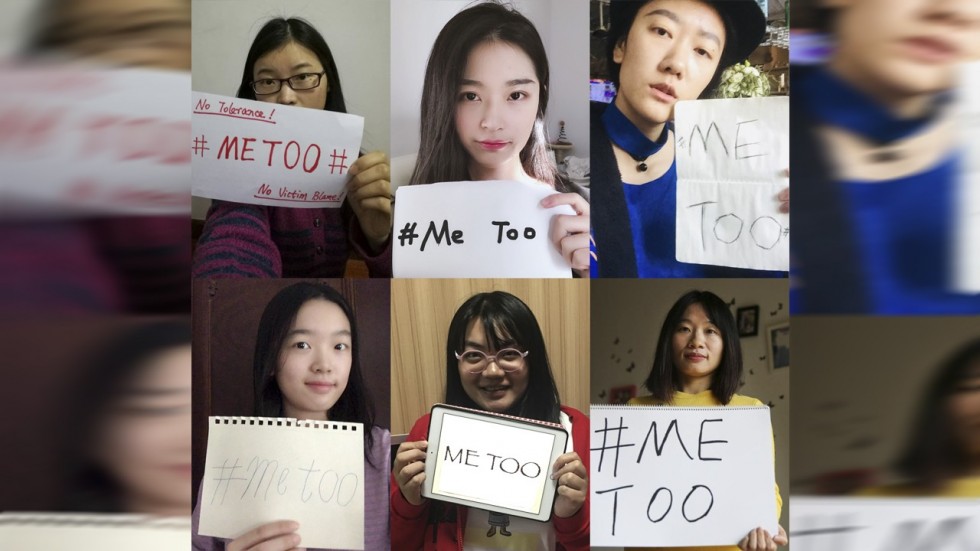 China’s media industry must do more to combat sexual harassment, according to a report that found that more than three-quarters of female journalists surveyed had been subjected to unwanted advances in the course of their work.

The online survey, A Report on Workplace Sexual Harassment of Chinese Female Journalists, comes in the wake of the Harvey Weinstein scandal, which saw the Hollywood producer accused of multiple sexual assaults, and spawned the global #MeToo movement.

Of the 83.7% of respondents who said they had been sexually harassed, more than half remained silent after the harassment, and only 3.2% reported their experience to their company’s HR department. Even fewer – just 0.6% – reported the harassment to police. Some reported suffering from mental distress and depression as a result of harassment, with a small number admitting suicidal tendencies.

The survey, by the Guangzhou Gender and Sexual Education Center, also found:

Launching the report at the FCC on March 7, Wei Tingting, Executive Director of the centre; and reporter Sophina Huang Xueqin; urged Chinese media companies to introduce measures to stamp out harassment in the workplace.

“Newsrooms and media companies should take the lead in establishing workplace anti-sexual harassment mechanisms which include prevention and education, investigation after the complaint, confidential counselling, punishment of the sexual offender, set up related departments, and introduce workplace anti-sexual harassment regulations that should be issued to all staff members,” said Wei Tingting.

Since the Weinstein scandal broke, allegations of sexual harassment have spread to almost every profession. In the media, The Washington Post, CBS News, NPR and NBC are just a handful of companies now dealing with sexual harassment claims. According to research published last November from the Center for American Progress, sexual harassment occurs across all industries.

“Sexual harassment is a persistent problem in the workplace and one that affects people across industries and at every level,” the report said. 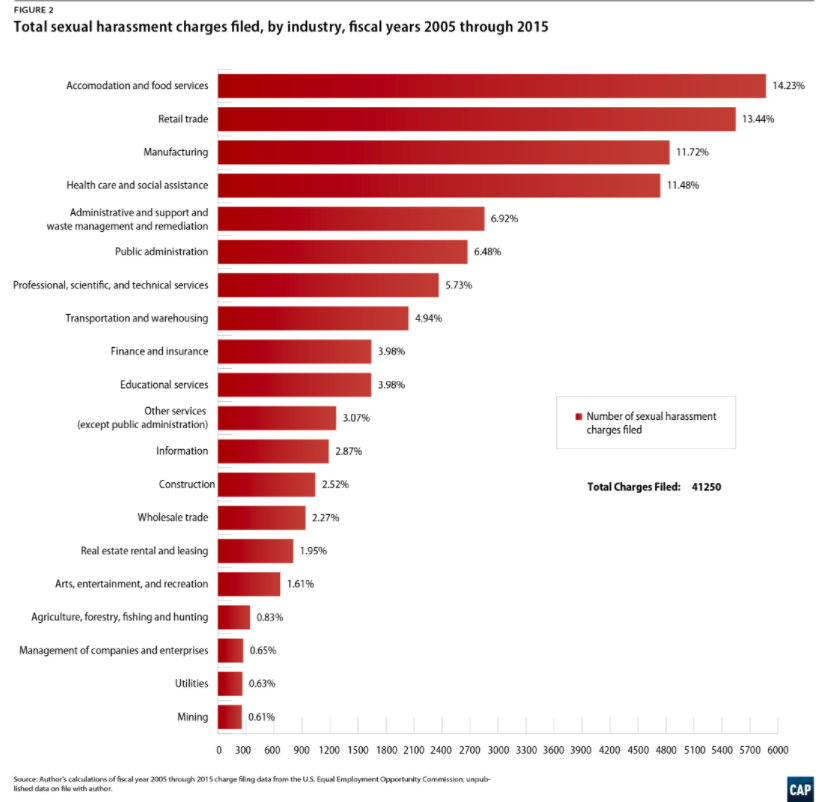 Chart by Center for American Progress

Female Chinese journalists were surveyed over a period of a month with 416 valid samples being taken from 1,762 responses from 15 provinces in China, including Guangdong, Beijing, Shanghai, Hubei, Zhejiang, Shandong and Sichuan.

For 61.4% of the victims surveyed, sexual harassment caused a decline in their self-esteem and confidence. Among the 176 victims who encountered sexual harassment 2-4 times, 44 of them said the encounters brought severe impact on their personal relationships and social lives, 22 of them resigned or changed their jobs, 29 of the victims suffer from mental distress and depression, and 10 of them admitted self-harm and suicidal tendencies.