News News My battle to bring my newly...

My father would have laughed at the irony of it all. A Fleet Street veteran dying during the biggest story, perhaps, since World War Two. 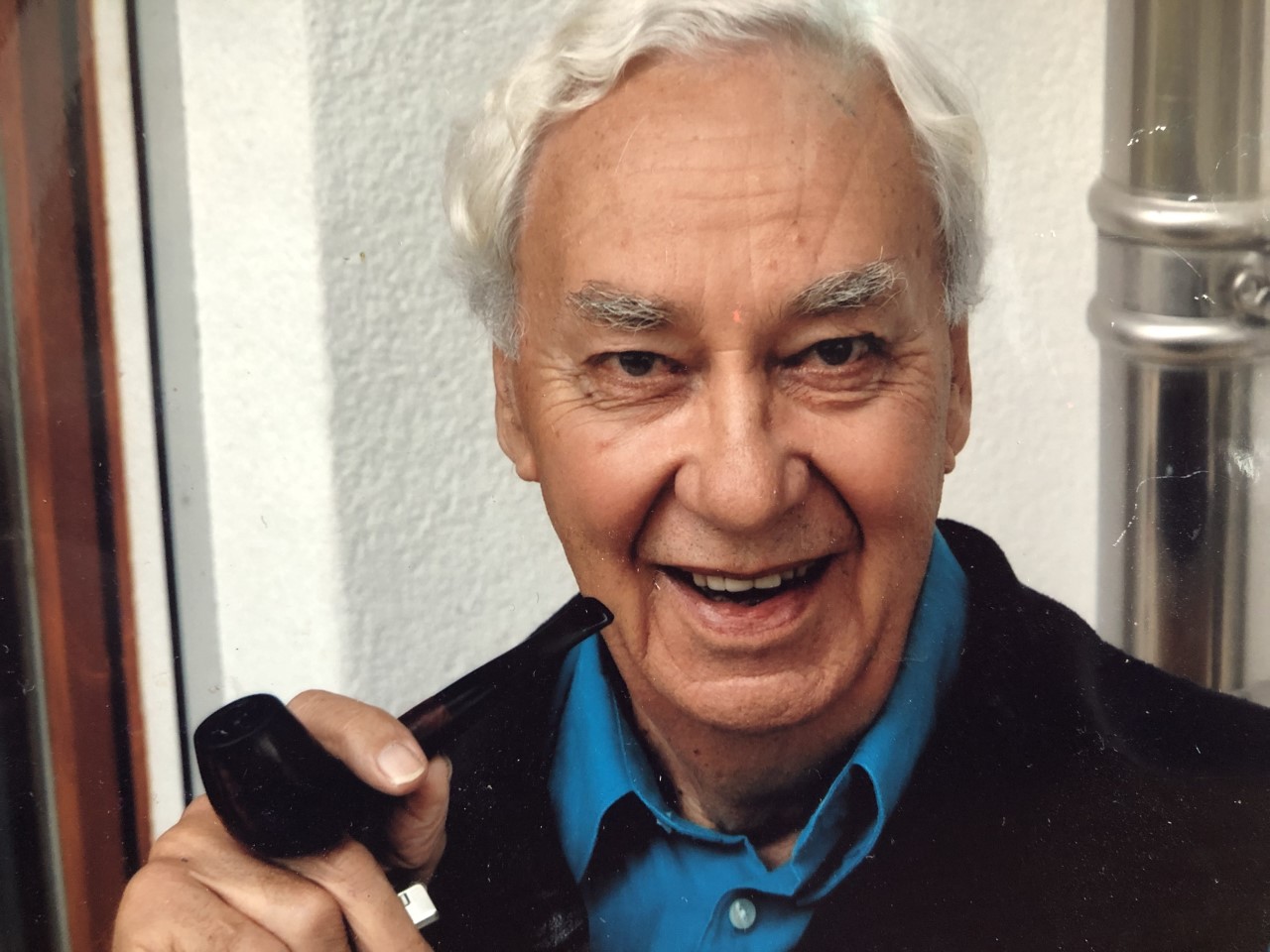 Michael Brown was the reason I went into journalism. And it was his death that led directly to the most important, and painful, assignment I have ever undertaken.

It began on Friday, March 13 when his body suddenly began to shut down bit by bit. He was 91 and had been battling dementia for almost a decade.

I was on my way to the airport when I got the call from my sister. He had passed away just minutes earlier. If I had left a day earlier I would have been there for the ending. Instead, I missed the deadline his body had set for him.

He passed away in the early hours of Sunday morning, March 15… the Ides of March, a portent of doom in William Shakespeare’s Julius Caesar.

The 13-hour flight from Hong Kong to London would offer plenty of time for silent reflection. I sat numb, unable to cry or think.

The backdrop for his death could hardly be worse. I had spent the past few weeks reporting on the coronavirus outbreak. Now it had spread to England. The family home is in London, by now the worst affected part of the country.

But rather than mourn my father I began to realise there was a higher imperative. I had to get my mother out of England. At 86, recovering from cancer, she is extremely vulnerable to this disease. Yet if she remained in London she faced the prospect of up to three months self-isolation in an apartment where she had watched my father’s gradual mental disintegration. I did not want her to endure yet more torment.

Yet I had arrived in London expecting to stay longer. I knew from my mother that there was an acute shortage of face masks and sanitiser, just as there had been in Hong Kong a few weeks earlier.

In the new era of social distancing, how do you comfort a grieving mother? We are told that to win this war we must keep apart from those we love.

As my sister and I attended to the insensitive administration of death, we were simultaneously booking flights to Hong Kong. But confirmations evaporated as ever more flights were cancelled.

I knew we had the narrowest of windows to get out. But nothing could happen until we had a death certificate for my father. That finally happened on the Wednesday, less than 36 hours before our flight departed.

All my mother wanted to do was mourn the man she had loved for 66 years.

In the new era of social distancing, how do you comfort a grieving mother? We are told that to win this war we must keep apart from those we love.

Wrongly or rightly I was taking her to the other side of the world on a journey inherent with risk. Covid-19, after all, has infected airline passengers.

My mother’s neighbour, who is a doctor, came to offer condolences. In passing, she mentioned she was being drafted to a hospital ward that is specifically treating Covid-19 patients. She also confided that she was preparing to fight the virus without an N95 face mask, which offers more protection than regular, disposable face masks. We handed her as many of my masks as we could spare, including 5 N95s. That incident seemed to neatly sum up the National Health Service’s state of preparedness.

It was a grey, damp morning when my mother and I took a cab to Heathrow airport. Like so many other people the driver wasn’t wearing a mask. My sister was joining us. As British passport holders they can enter and stay in Hong Kong for six months without a visa. But our window was narrowing.  A day earlier the Hong Kong government announced that all arrivals would have to undergo 14 days self-isolation at home, in hotels or government quarantine centres.

But the check-in staff were confused. A death in the family is both distressing and stressful and the young woman behind the counter was about two make our day even worse.

She told my mother and sister that they wouldn’t be boarding the flight because they weren’t Hong Kong residents. I sat my mother down, bags piled beside her. She looked broken and forlorn. My escape plan was falling apart. She was born in the run-up to World War Two, now in the final years of her life she was facing dislocation again.

Resignation was now spreading through my body. My sister wasn’t giving up though. A supervisor was called. Eventually, he accepted the regulation had been wrongly interpreted by his junior colleague. With an hour before our flight left, we were finally handed our boarding passes.

During this public health emergency your ears are attuned for certain sounds, like a persistent hacking cough. Like the cough coming from the seat one across from my mother. A kind Chinese student near the back of the cabin agreed to swap seats. After a few blunt words from me, the coughing passenger reluctantly put on his face mask

The risk of bringing my mother to Hong Kong was borne out by a phone call I got from my travel agent a few days later. There had been at least two infected passengers on our flight.

We are now under 14 days self-isolation in my small but comfortable apartment in a remote secluded corner of Hong Kong. We do twice-daily temperature checks and so far so good. But as I was writing this the police paid a visit. I have been spotted on the roof of my flat which I am told is a breach of my quarantine regulations. A vigilant, but understandably concerned neighbour , has raised the alarm. I point out that the roof is part of my property. They seem unsure and warn me not to go up again.

A few hours later two health workers wearing visor shields and white protective clothing are at the front door with instructions to move the three of us to a government quarantine centre in Sha Tin. I explain that we have already been self-isolating in my apartment for four days. It’s unclear why they want us to leave. In fact they seem as bemused and confused as I am. I explain that we are managing fine at home and that it would be best for my mother to remain where she is. I also add that in a few hours’ time my father is being cremated on the other side of the world and that we were planning to mark the moment with a small ceremony.

By now my mother and sister are in tears. The nightmare that began 10 days earlier seems never-ending.

A public health emergency can bring out the very best and worst in people. In this crisis I have seen both. The two health workers make a phone call and then without a word return to the street where the van to take us to the centre is parked.  The vehicle and its occupants remain there for two more hours. During this time we are left in limbo, unsure what the next minute will bring. I call the Health Department hotline to seek clarification. It’s busy…as it has been on the seven other occasions I have tried to call.

We press on with the ceremony, knowing that another knock on the door maybe imminent. On the dining room table, a small makeshift shrine has taken shape. A photo of dad from his 80th birthday, a lit candle and two small bunches of roses and carnations left at the front door by my wife earlier.

At the exact moment my father’s body was being placed into the cremation chamber, my mother, sister and I held hands listening to the song that we had also requested be played during the service: ‘ Bring me sunshine,’ by the former British comedy duo Morecambe and Wise. The lyrics include the line “in this world where we live, there should be more happiness.” Words that seem to mock these dark times.

Poignantly my sister has just shown me a letter my father wrote to all three of his children on March 25, 2004..exactly 16 years to the day that he was cremated.  It begins: “This is a letter to all three of you— something I have never done before…and I probably won’t do another of these for a long time.” It’s a letter of love and thanks from a proud parent.

I hope he thought I did the right thing.

Adrian Brown is a journalist with Al Jazeera, and a member of the FCC, Hong Kong.