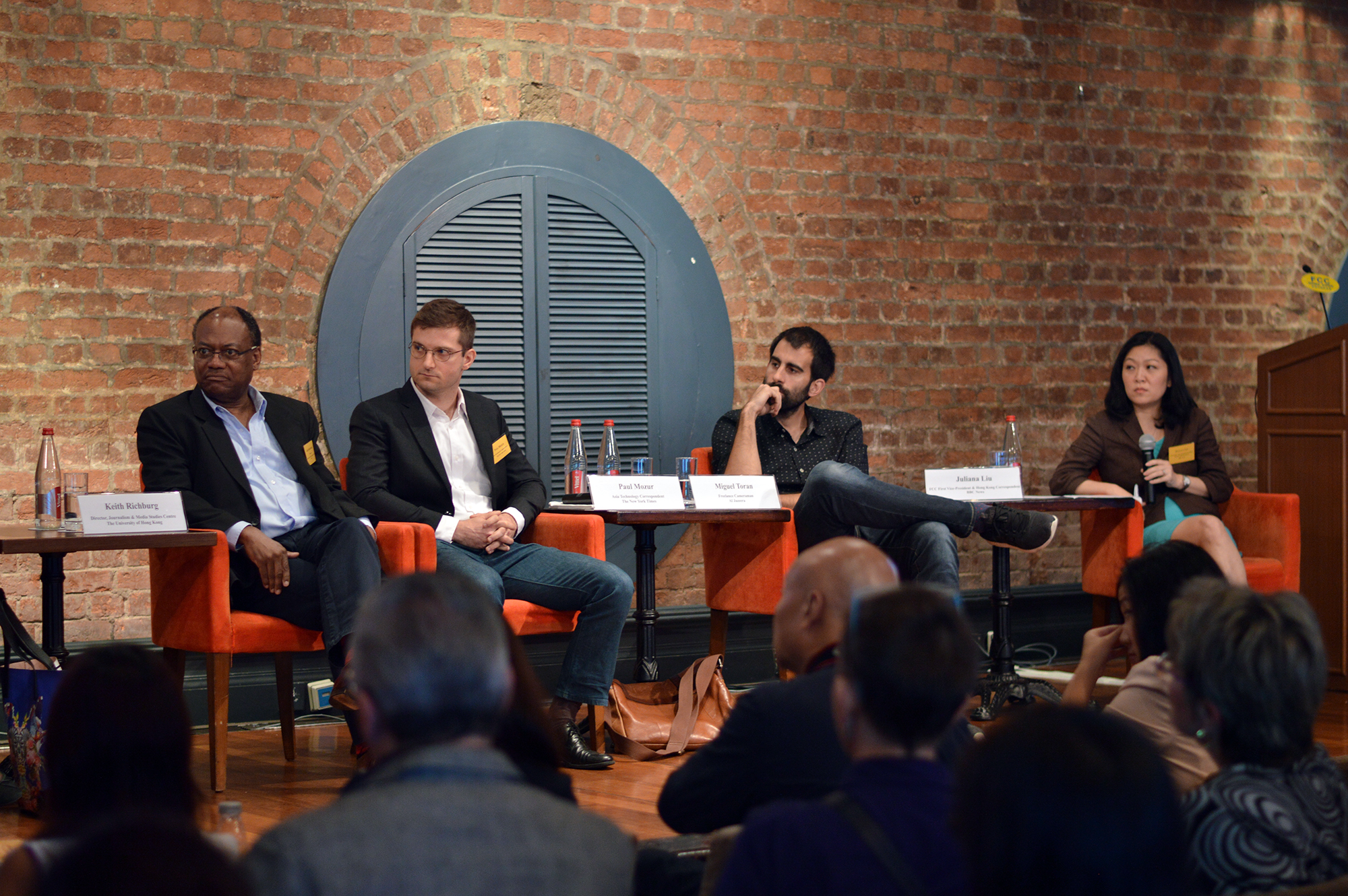 Some of the region’s most talented journalists shared tips and views on reporting in an era censorship, fake news and tweeting presidents during the FCC’s second journalism conference.

The day-long event saw panels and workshops tackling the everyday struggles of reporting from Hong Kong and China. Special guest Evan Osnos, staff writer at the New Yorker, joined via Skype to talk about the difficulties now faced by U.S. reporters writing about the Trump administration.

“I don’t think there’s a more exciting time to be a journalist,” said FCC president Eric Wishart as he closed the conference on April 29.

Earlier in the day guests heard from top editors and reporters on the challenges of reporting the facts at a time when fake news was so prolific it could sway an election result.

Workshops focused on writing to length under pressure and how graphics are being increasingly used to effectively tell stories to an audience bombarded with facts from different multiple sources.

In the workshop for freelancers, tips were shared by a panel including FCC board member Kate Whitehead, Zach Coleman of Nikkei Asian Review, Mark Jones of Cedar Hong Kong, and freelancer Vaudine England.

“As a freelancer you should have a website and pay attention to your LinkedIn account,” said Whitehead, who added that she often uses the social network to find potential story leads.

England advised freelancers to “go to places where there aren’t staff correspondents. Laos, Vietnam… are places that aren’t covered.”

Coleman’s advice was to build relationships, and build a reputation for yourself as a freelancer.

Telling the Hong Kong story to the world was the subject of a later workshop featuring foreign correspondents from the Guardian, Reuters, Financial Times and Bloomberg. Anne Marie Roantree, Hong Kong Bureau Chief at Reuters, said that during Occupy Central in 2014, her team used spot news to tell a wider story about the protests, bringing those stories together for special report on Beijing tracking down activists.

Benjamin Haas of the Guardian said Hong Kong had appeal globally because “there’s a lot drama in Hong Kong that you don’t get in stories on mainland China”. Panel members agreed that covering investigative stories on corrupt business practices in Hong Kong was expensive and time consuming, with time being a luxury most reporters don’t have.

Similarly, the panel on covering China focused on how difficult it is to work in a country where the government refuses to give out basic information requested by journalists.

FCC president Eric Wishart said after the conference: “At a time when fake news and alternative facts seem to be dominating the discussion,  the conference showed that  journalism is stronger, more diverse and more vibrant than ever.

“And as we approach the 20th anniversary of the Hong Kong handover, the conference also confirmed the FCC’s role as a beacon of press freedom in an increasingly difficult and dangerous environment for journalists.”