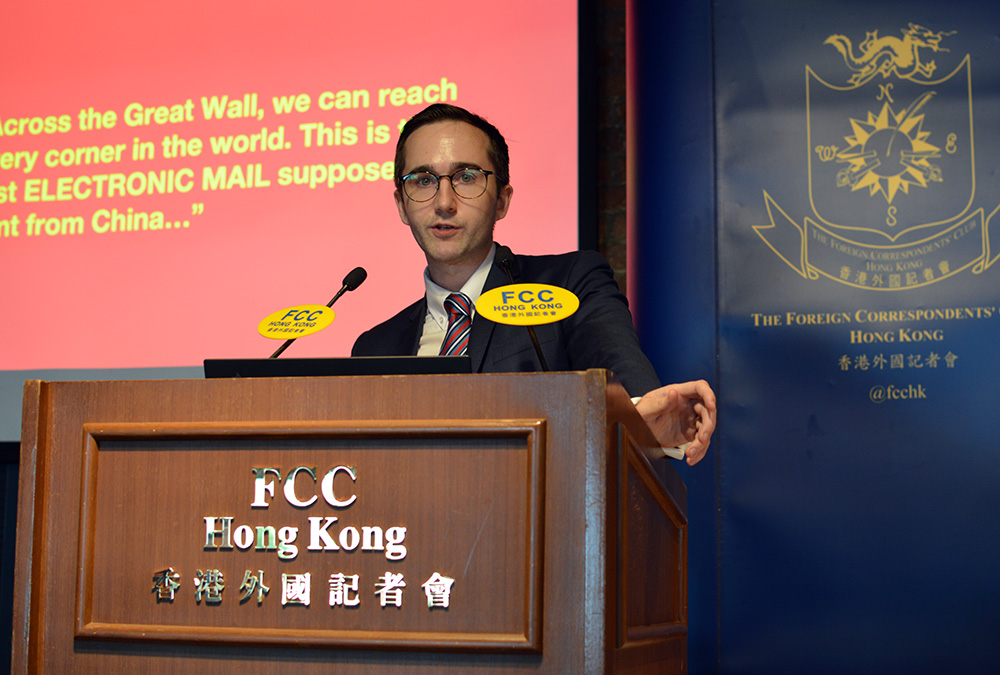 China’s Great Firewall is designed to block solidarity, and not to prevent its people from knowing what’s going on in the country in the first place, says the author of a new book on censorship.

Rather than impose a blanket ban on VPNs – virtual private networks that encrypt information such as location – Chinese authorities choose only to censor content that might lead to organised uprisings against the ruling Communist Party, said James Griffiths. What’s more, VPNs are used by many offices, banks, and embassies in China during their daily business activities, so the government is loathe to completely crack down on the networks.

China’s censorship model is one that is gradually being replicated around the world, warned Griffiths at the March 19 club lunch. Vietnam recently introduced a cybersecurity law with a similar framework to China’s, while Russia is also considering tightening up its laws, taking its lead from Beijing.

Griffiths, a senior producer at CNN and author of a new book, The Great Firewall of China: How to Build and Control an Alternative Version of the Internet, said skepticism of the internet and big tech companies could pave the way for democratic countries to introduce strict cybersecurity laws.

He outlined two current models of internet use. The first – favoured by Silicon Valley – was based on the premise that information will set us free, and is one that is in the process of failing as it faced numerous recent challenges over privacy and the sharing of user information, Griffiths said. The second was the hyper-control model favoured by autocracies.

“Both models are unattractive for their own reasons,” he said, adding that a third model was needed.