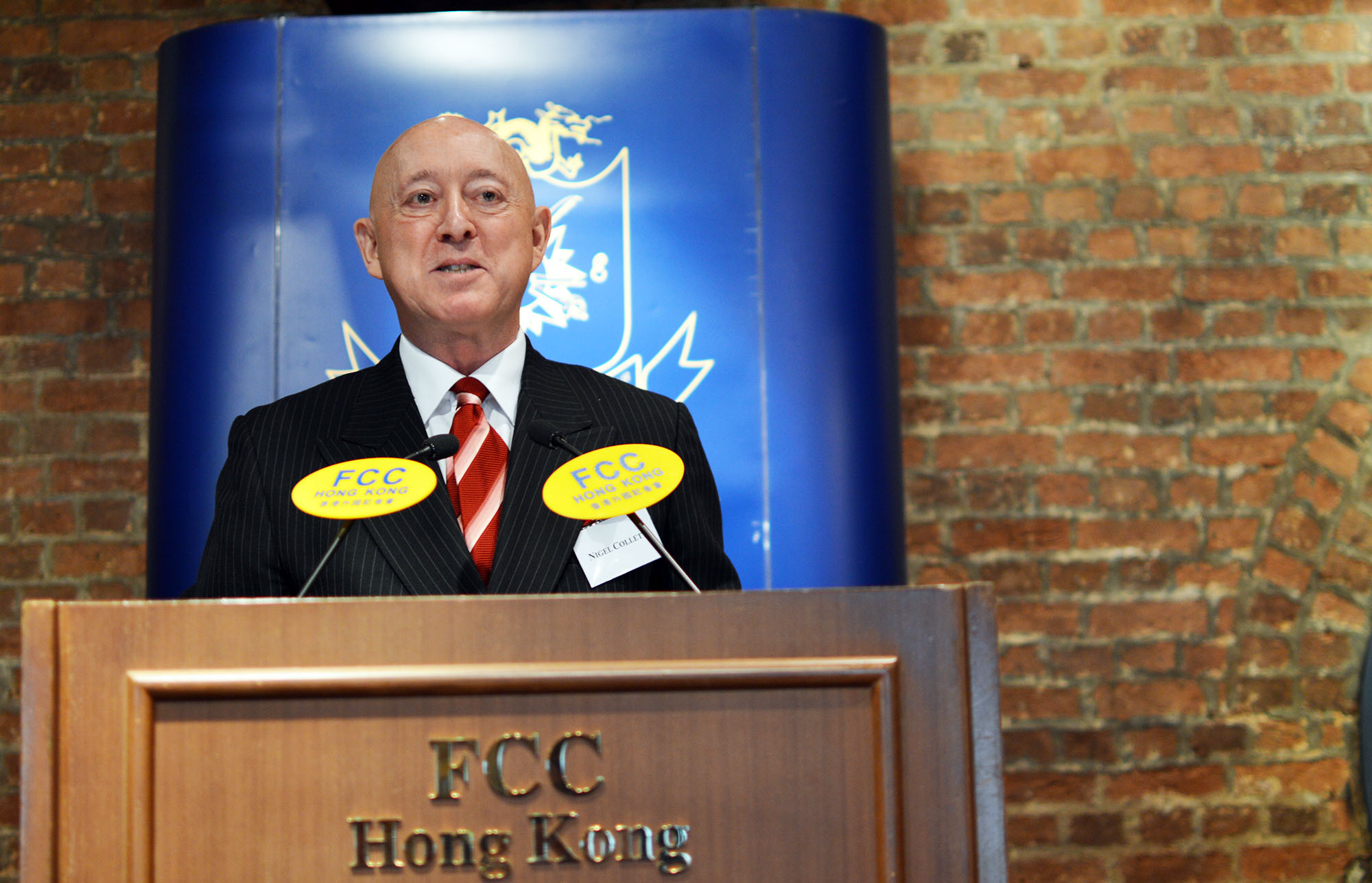 The sexual exploitation of underage boys by prominent figures in Hong Kong during the late 1970s and into the Eighties was covered up, according to a new book which examines the death of a city police inspector.

Author Nigel Collett’s book exposes the sexual exploitation of underage boys by prominent figures in Hong Kong during the late 1970s and into the Eighties. Photo: Sarah Graham/FCC

Painstakingly researched by former British Army Lieutenant-Colonel Nigel Collett, the book A Death in Hong Kong: The Suppression of a Scandal, centres around the suicide in 1980 of 29-year-old Inspector John MacLennan, a gay Scottish police officer who was about to be arrested on charges of gross indecency with male prostitutes. His body was discovered in his locked flat – he had been shot five times in the chest. A suicide note, and the fact that the two doors into his flat were locked from the inside, led police to assume suicide, although others suspected foul play.

MacLennan had been targeted, the book claims, as part of a crackdown on homosexuality – then illegal in Hong Kong – among the judiciary and government following the jailing of a top lawyer for having sex with underage boys. John Richard Duffy, in a bid to reduce his sentence, had provided several lists of names to the police of members of the establishment to whom he was supplying teenage boys. So long was the list that the Royal Hong Kong Police set up the Special Investigations Unit (SIU).

Additionally, MacLennan had said he had seen the name of the future Commissioner of Police, Roy Henry, on a Special Branch list of suspected homosexuals.

“MacLennan was bisexual and not a paedophile, but he was a casualty in a phoney war being conducted by the SIU on the part of the Hong Kong government, a war supposedly being waged against named paedophiles and homosexuals in the Hong Kong establishment, but which was actually a smoke screen for hiding the scandal of their activities,” Collett told the March 8 club lunch.

The book pieces together the information Duffy gave to the police and, although it stops short of naming all on the lists – none of which included MacLennan – it provides a startling picture of the abuse of young boys by the very people society holds up as examples of those we should trust.

Among those named were the then Chief Justice Sir Geoffrey Briggs; his successor, Sir Denys Roberts; the then Commissioner of Police, Brian Slevin; his successor, Roy Henry; Chief Superintendent Ron Redpath; and the then Director of Public Prosecutions, Neil MacDougall. Others, who remain unnamed, include lawyers, businessmen, publishers and doctors.

The outcry and suspicion surrounding MacLennan’s death led to a public inquiry – the most expensive in Hong Kong history – which called 110 witnesses from pimps and prostitutes to the city’s most celebrated. After seven months, the commission, headed by Justice TL Yang, found that MacLennan had committed suicide. No police officer or official was prosecuted for any part in the case.

Collett said the case “casts light on the old British habit of appointing a commission of inquiry with the aim, not so much to uncover the truth of an issue, but rather to provide the public an explanation of an issue in order to bury it”.

“The MacLennan inquiry was set up to deflect public anger and to ensure that detail of the Duffy allegations never saw the light of day,” Collett said.

The Q&A session following Collett’s talk was equally compelling, with further insights offered by retired police officers attending the club lunch, prompting the author to say he would like to include additional accounts in a second edition of the book.