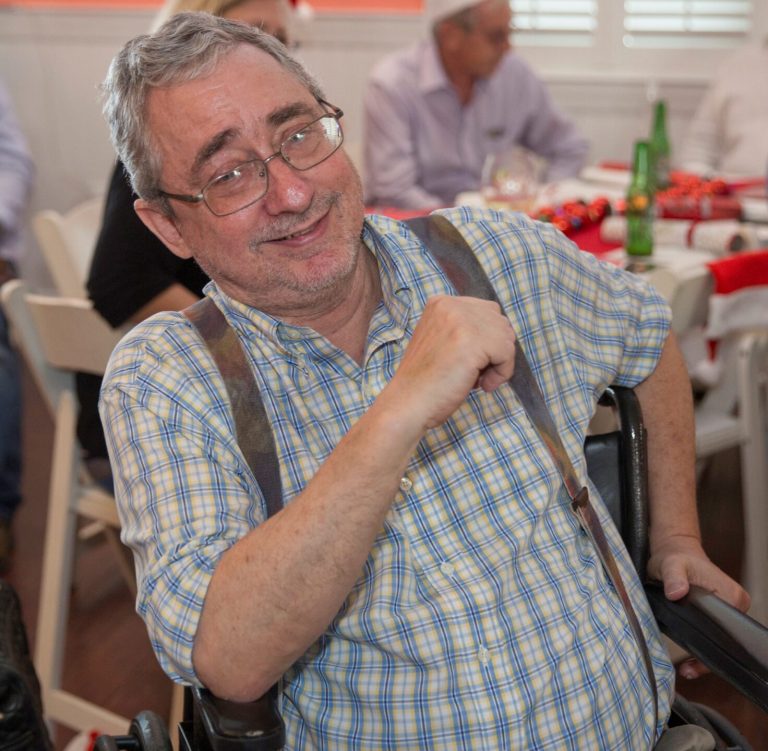 Obituary: Tad Stoner – ‘Hot as a pistol, but cool inside’: journalist, publican, guitarist and very much more

Tad – Bartine Albert Stoner III – was a character of the highest order. He was loud, witty, smart and kind-hearted, though he would have denied this with a deep, full-throated laugh. What he wouldn’t deny is an affinity for whimsical braces (aka suspenders), a sartorial flourish for which he became renowned.

Born in Philadelphia in 1951, Tad attended Swarthmore High School and Pennsylvania State University. He later studied journalism as a postgraduate at the University of Missouri, where he met his future wife, Iris. “Tad was a cutie,” she recalls. “When I met him, he had long hair and the most amazing blue eyes. Hard to resist!”

Tad travelled to Beijing in 1981; Iris arrived six months later, and they were married the day after she landed. Following two years sub-editing at Xinhua News Agency, they spent a holiday in Hong Kong and fell in love with the place. “It had everything Beijing didn’t,” says Iris, “including a vibrant press, an abundance of energy and a thriving entertainment scene. Plus, back then, it was free of the oppression that was prevalent all over China from both a journalistic and social perspective.”

The couple moved to Peng Chau, living in the same hilltop home for 20 years, raising their three children – Erin, Ben and Adam – and, at one point, co-owning and operating The Forest bar and restaurant. “It was the first place in Hong Kong to serve the Belgian wheat beer, Hoegaarden, which required effort to ensure its continued freshness,” recalls Iris. “Tad would happily regale each patron with the story of the beer, regardless of whether they were ordering it, asked about it or were there for a completely different drink.

“He also was in charge of the music and kept a tight rein on his CD collection. As time went on, he loosened up a bit and would take requests. But when Jerry Garcia died in 1995, he played his very extensive collection of Grateful Dead CDs nonstop for several days, which did not go down well with all of the regulars.”

Tad’s first job in Hong Kong found him reporting for Commercial Radio. He also wrote for the South China Morning Post, TIME and The Hollywood Reporter. He put in a stint as executive speechwriter and corporate communications officer for STAR TV, and later became chief reporter for the Eastern Express. After selling The Forest in 1998, he joined PCCW as corporate communications officer.

After more than two decades in Asia, in 2005 the couple decided they wanted to be closer to their ageing parents and their daughter, who was at university in the US, but they didn’t want to live there. Iris had a connection to the Cayman Islands through a friend, and after a successful interview with the then-daily newspaper, Caymanian Compass, they moved there and worked as reporters. Other jobs followed.

Over the last few years, Tad renewed his focus on playing the guitar, despite having lost a few fingers to a rare, chronic autoimmune skin disorder. “He and our son Adam practised enough to develop quite a repertoire of mostly classic rock,” says Iris. “For the last year or so, they performed together at open-mic nights every week around Grand Cayman.”

Tad bravely fought several medical battles over the years. That he lived with courage and grace and humour throughout is an inspiration.