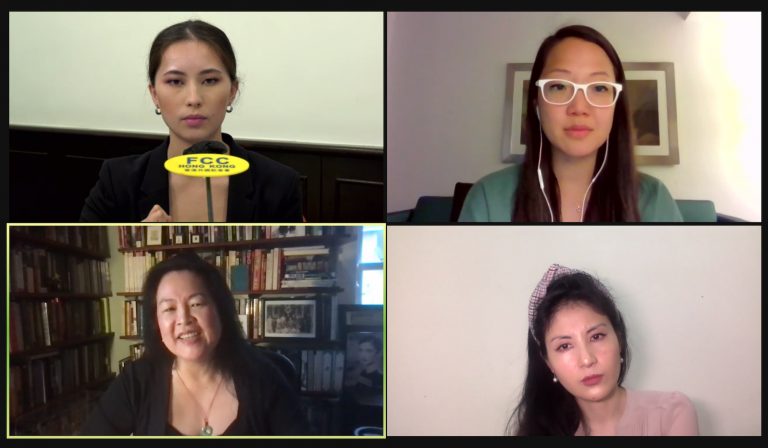 Panel: Long History of Anti-Asian Violence in the U.S. Must Be Fought With Education and Awareness

The mass shooting in Atlanta that took the lives of six women of Asian descent is another tragic event in the United States’ long history of anti-Asian violence and discrimination, three Asian American women writers and journalists — Eileen Cheng-yin Chow, Jiayang Fan and Michelle He Yee Lee – said in a panel hosted by the FCC.

“Anti-Asian rhetoric may feel more scornful right now, but I think it is important to talk about the fact that this is not new,” said Lee, a reporter for The Washington Post and president of the American Asian Journalists Association. “This is part of our lived experience in this country.”

Chow, a visiting associate professor at Duke University, summarised a long history of anti-Asian legislation in the U.S. but noted that the country isn’t unique in this regard.

“You can never talk about the U.S. or Europe and their anti-Asian sentiments without talking about a larger and longer history of colonialism and empire, and the ways in which, say, hypersexualisation of [Asian] women, are baked into the stories of these nations,” she said.

Fan, a staff writer at The New Yorker who published a piece titled “The Atlanta Shooting and the Dehumanization of Asian Women” in the wake of the killings, said the reactions to her story had been eye-opening. On March 16, a gunman killed eight people, including six women of Asian descent, at three Atlanta area spas.

“What struck me most deeply as I read through some of the responses to that piece is almost every Asian American woman I know has experienced some kind of sexualized racism, and how mundane and pervasive that sort of experience has been for us, to the extent that we almost brush it off as part of the American experience,” Fan said in the panel moderated by FCC First Vice President Eric Wishart.

“I think that should really make us question what the American experience is for Asian American women.”

Moving forward, the panelists agreed that more education and awareness are needed for both journalists and the general public in order to combat anti-AAPI (Asian American Pacific Islander) hate.

Chow said that government funding should be given to small grassroots organisations doing work in local communities like Red Canary Song, CCED (Chinatown Community for Equitable Development), The Butterfly Group and others.

Fan said that money should be spent on the most vulnerable members of the community to assist with issues like mental health, financial literacy and finding employment.

Lee added that the Atlanta shooting had revealed the “cultural incompetency of newsrooms” and said that media outlets needed to do more to educate their journalists about AAPI communities year-round and not only in times of crisis. She also argued that it was time for Asian American journalists to be empowered to become more vocal.

“As Asians and as journalists, we’re not really wired to talk about ourselves or our experiences, but we’ve seen how far that has taken us and this is where we are now,” Lee said. “It needs to become the norm for journalists to share what it’s like to be an AAPI journalist during this moment so the rest of the country is aware.”