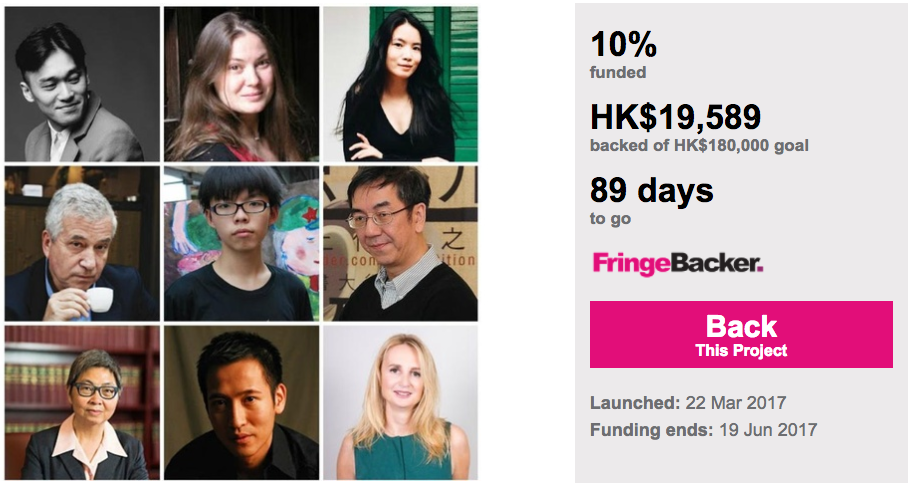 Writers from Hong Kong will contribute to an anthology marking the 20th anniversary of the Hong Kong Handover this year.

PEN Hong Kong plans to publish an anthology of non-fiction essays, short stories, poems and cartoons by some of Hong Kong’s brightest literary and creative minds to mark the 20th anniversary of the handover of Hong Kong from Great Britain to China.

It has launched a crowdfunding campaign on FringeBacker and is appealing for your support.

Each piece in the collection will offer a unique and personal commentary on the city’s past, present, and future. The book’s working title is Hong Kong 20/20: Reflections On A Borrowed Place.