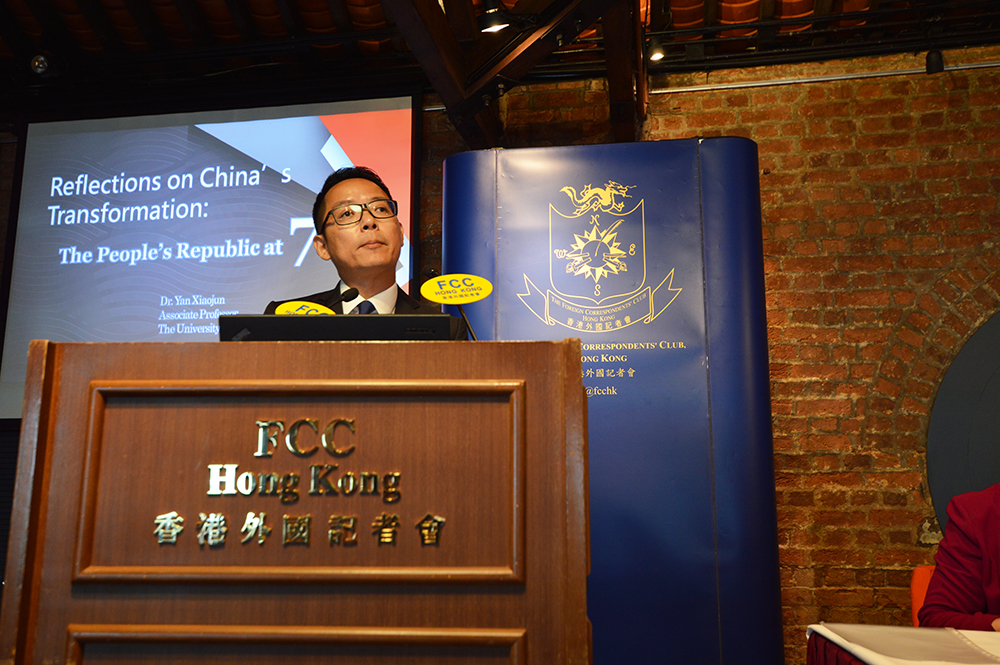 China’s Communist Party has learned from the past and wants to resolve conflicts without force, a tactic it is currently trying with regards to the current unrest in Hong Kong, according to an expert in Chinese politics.

Professor Yan Xiaojun, Associate Professor in Politics and Public Administration at the University of Hong Kong, said that China wants to uphold One Country, Two Systems and believes that the city’s government and police were managing the crisis adequately. He said the likelihood of China using military force in Hong Kong was “quite low”.

Prof Yan appeared at the FCC on October 3 to reflect on 70 years of the People’s Republic of China. He said China had transformed from one of the poorest nations into one of the strongest over the last seven decades because the Communist Party had learned lessons from its own history and that of the collapsed Soviet Union.

He said the party understood it had to continue to learn in order to survive.