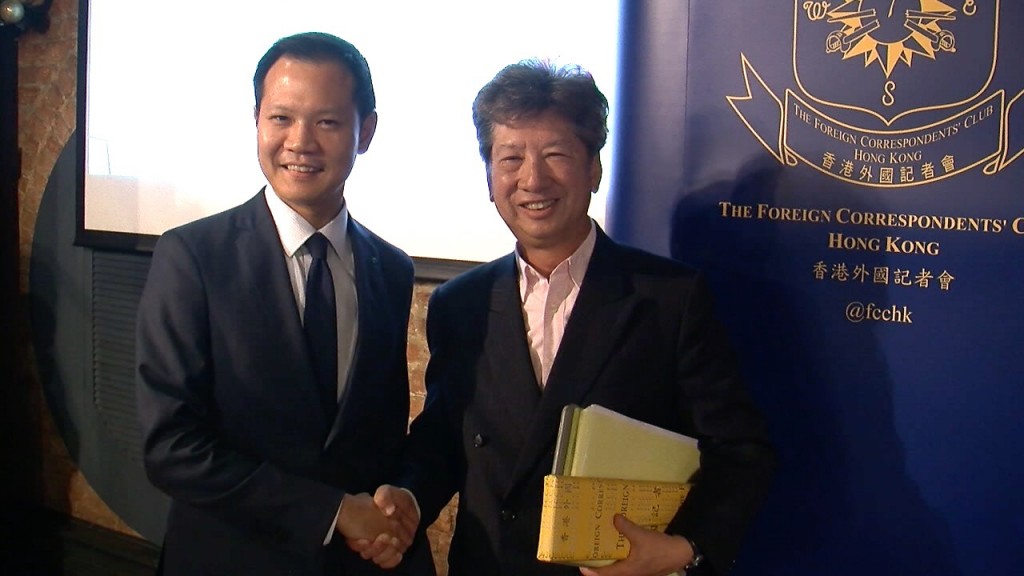 The record number of seats won by pro-democracy candidates in elections to select the committee that will choose Hong Kong’s next Chief Executive is one of the implications of Beijing’s recent controversial interpretation of the Basic Law, according to barrister and Legco member Dennis Kwok.

On the day after Hong Kong voters went to the polls, Kwok told a packed FCC club lunch that Beijing’s interference after two pro-independence candidates refused to swear allegiance to China following their election to the Legislative Council was an overt political move and warned the next battleground in this ‘far from over’ saga would be about whether others have breached their oaths.

Kwok joined former chairman of the HK Bar Association and Legco member Ronny Tong to discuss the reverberations of Beijing’s interpretation of the Basic Law – Hong Kong’s mini-constitution – at the club lunch on December 12. Tong kicked off the talk by outlining how Beijing’s interpretation merely reinforced what was already written in local law about what an oath meant and how anyone who makes a false oath or acts in breach of it should be dealt with.

However, he added that what the rare interpretation did “was reinforce the perception that Beijing is not trustworthy of our judicial system or the integrity of our judges”.

Kwok, who organised a protest of more than a thousand lawyers after Beijing stepped in following the oath controversy in October, criticised pro-independence ‘Youngspiration’ candidates Sixtus “Baggio” Leung Chung-hang and Yau Wai-ching for their ‘irresponsible and childish’ actions when, during their oath-taking ceremony, they refused to swear allegiance to China, used bad language and sported banners that read “Hong Kong is Not China”.  They were later disqualified from taking office.

Next battleground in oath-taking saga will be whether you have breached your oath, warns Dennis Kwok pic.twitter.com/CjDBM0ZlOw

Both Kwok and Tong agreed that the pair’s behaviour had presented an opportunity for Beijing to step in and flex its political muscles, with Tong adding that he thought the Chinese government had been genuinely afraid that its Hong Kong counterpart would lose a court case requested by Chief Executive CY Leung in which he directed judges to disqualify them.

The club lunch talk, entitled The Implications of Beijing’s Recent Interpretation of Hong Kong’s Basic Law, came just days after Leung announced he would not stand for a second term as Chief Executive. In a Q&A after the talk, Tong and Kwok were asked their thoughts on this latest development.

“I was flabbergasted,” said Tong: “I thought it’s just too good to be true.”

Kwok added: “I was happy for about five minutes, then I thought about all the other candidates who would come out.”