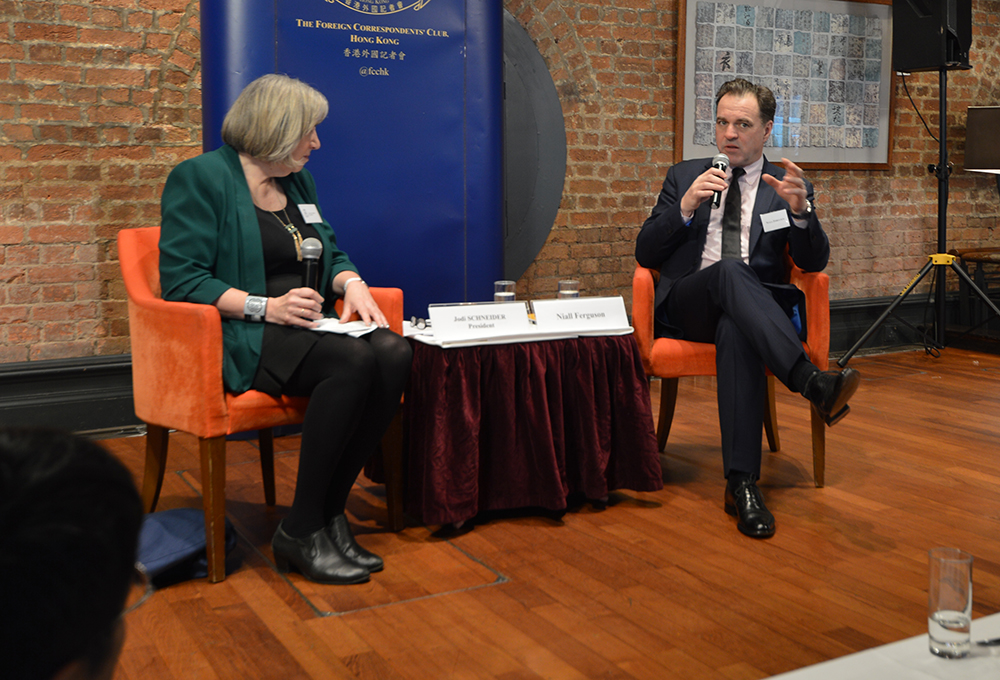 China and the United States are embroiled in a Cold War in which a naval showdown in 2025 is plausible, according to historian and author, Professor Niall Ferguson.

This was one of several predictions made by the Harvard fellow and visiting professor at Tsinghua University in Beijing during a conversation with club president, Jodi Schneider, on January 9.

Prof. Ferguson, author of 15 books including The Pity of War: Explaining World War One, discussed global current affairs such as the ongoing Hong Kong protests, the Iran/US tension, the Middle East, Brexit and Scottish independence.

Among his other predictions was the belief that the Hong Kong unrest would reach an “uneasy equilibrium” with no long-term damage to the city’s economy, and that Boris Johnson would still be British Prime Minister in 2025.