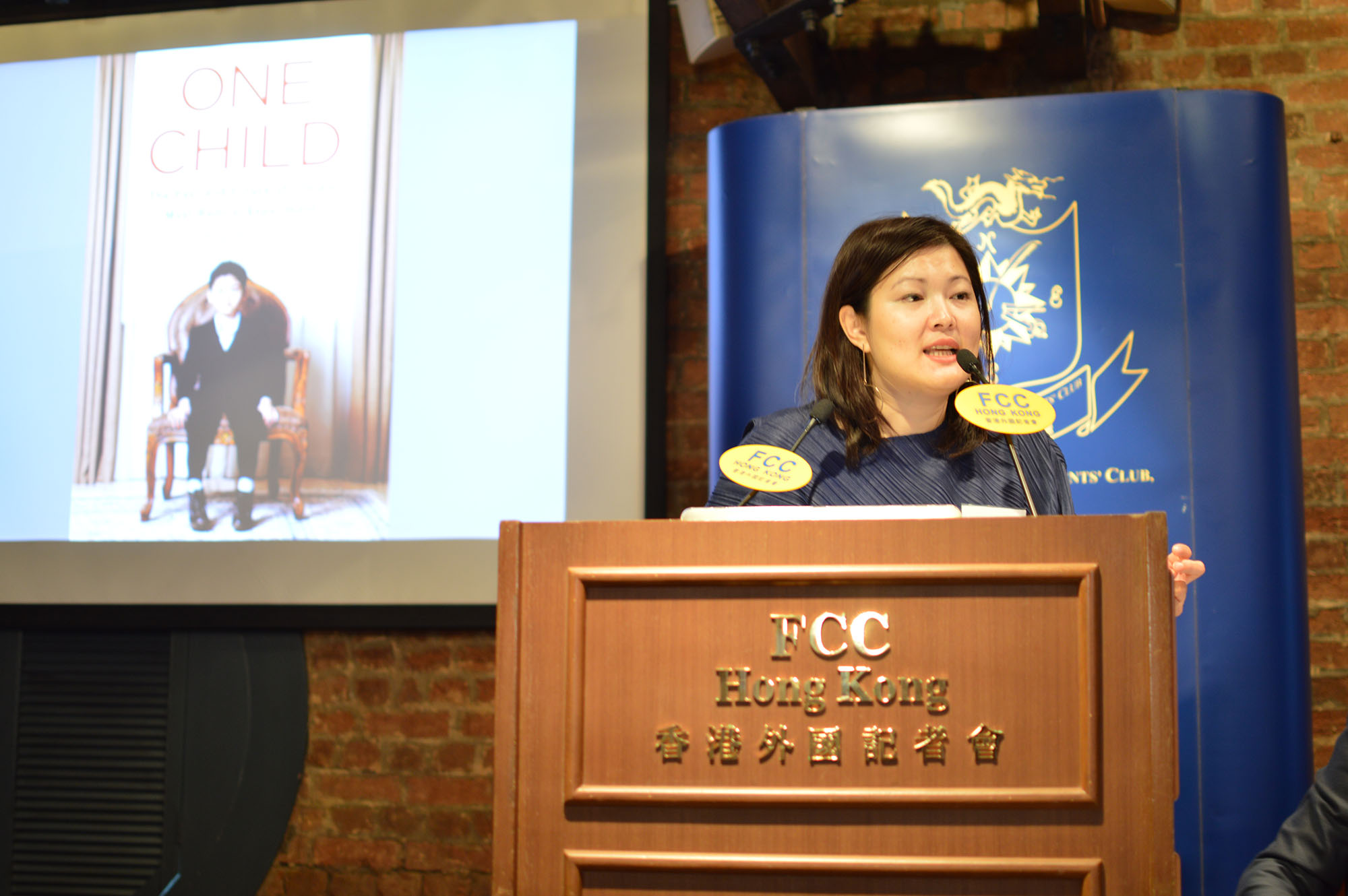 China’s One Child Policy will likely leave the world’s second largest economy with a workforce shortage as its ageing population grows, according to a Pulitzer Prize-winning journalist and author of a book on the subject.

The Chinese government’s recent relaxing of its controversial One Child Policy, introduced in 1979, to allow families two children has probably come too late to head off a series of issues that will have a knock-on effect on the country’s prosperity, said Mei Fong at the November 27 club lunch.

Promoting her book, One Child: The Story of China’s Most Radical Experiment, Ms Fong outlined the repercussions of the policy which was dreamed up not by sociologists, but by China’s missile defence team. Song Jian, a top Chinese official, worked with a group of mathematicians to determine the optimum size for the country’s population in order to limit the demands for water and other resources, and alleviate potential social and economic problems.

Aside from the issue of an ageing workforce and fewer young workers, a result of the policy has been a significant imbalance in the number of males versus females. According to a report by the National Population and Family Planning Commission, there will be 30 million more men than women in 2020, potentially leading to social instability, and courtship-motivated emigration. In fact, China’s ageing population is so large that by 2050 one in three will be retirees – making China’s seniors the world’s third largest nation behind China and India, Ms Fong joked.

It also means that China faces a public health burden as it is forced to care for its elderly population, some of whom would have lost their only children. Ms Fong said that around one million couples per year lose their only children. Care homes will often refuse to take elderly people who have no children and therefore no means to pay for their care.

Relaxing the policy would also have an effect on the global adoption market, she said. Since the policy’s introduction many parents abandoned their daughters in favour of having sons, resulting in the overseas adoption of 120,000 Chinese girls. The relaxation of the policy could lead to issues of trafficking and baby selling, Ms Fong said. Another side effect is that companies within China may be more inclined to hire men than pay two lots of maternity to female employees.

Ms Fong said a predicted baby boom in the year since the policy had been relaxed had failed to materialise, in part because girls born without brothers had been sent to university in their place, and were now educated career women who didn’t want larger families.

The idea for Ms Fong’s book came when, as a journalist for the Wall Street Journal, she covered the Sichuan earthquake of 2008, which claimed the lives of more than 69,000 people and struck just months before the Beijing Olympics “where the narrative was The Olympics: China rising”, she said.

“What I discovered was that this area was a test ground for the One Child Policy before they (government) launched it nationwide,” said Ms Fong, adding that many families she encountered there lost their only children. As a result, some were asking hospitals for reverse sterilisations; others wanted compensation, arguing that they lost out by following the rules of the policy.

While her book tells the story behind the One Child Policy, and its subsequent effects, it is also a personal account of Ms Fong’s journey to starting her own family. She is the mother of twins. But the book is a labour of love on another level: Ms Fong has struggled to get it published in Hong Kong and mainland China. The book was published in Taiwan and a free download has been made available in Chinese for anyone on the mainland who can access it. As there is no payment trail those who read it cannot be traced by authorities, she said.