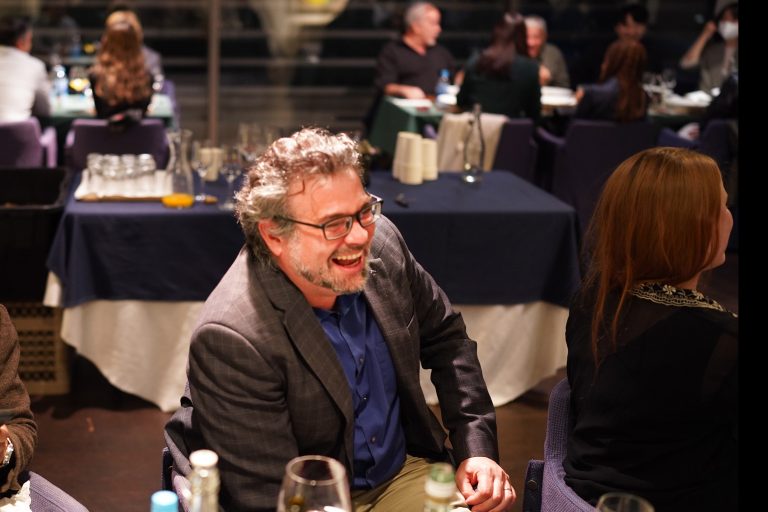 By Austin Ramzy and Dan Strumpf

Carlos Tejada, an editor for The New York Times who mentored generations of journalists in Asia and helped guide coverage of the COVID-19 pandemic and China’s oppression of ethnic minorities, died of a heart attack on 18 December 2021 in Seoul. He was 49.

Tejada became the Times’ deputy Asia editor in 2020 and helped lead the transfer of much of the paper’s Asia operations from Hong Kong to Seoul last year. He previously served as Asia news editor, China news editor and deputy Hong Kong bureau chief for the Wall Street Journal.

Colleagues at both newspapers remember him as a gifted editor who elevated stories with seeming ease and faced the burdens of the job with joy and humour. He held reporters to high standards, coaxing out their best work through both scrutiny and compassion. He made long sentences short and vague ideas clear.

Yuan Li, a business columnist for the Times who also worked with the late editor at the Journal, said Tejada was always willing to help Chinese journalists like herself who wanted to write in English.

“In our 17 years of working together at the Journal then at the Times, he had never laughed at my English,” she says. “As my editor, he just patiently corrected the numerous grammatical mistakes I made, made my sentences comprehensible and my columns shine.”

Josh Chin, deputy China bureau chief at the Journal and a longtime colleague of Tejada, said he was “like a Jedi master of newspaper editing.”

“He could always mind-trick you into doing a story his way, which was usually the right way,” Chin says. “He constantly devoted energy to reporters and their stories in a way that seems unfathomable, and that can only be explained by the fact that he believed with so much infectious conviction in the goodness and value of old-school journalism done properly.”

Tejada also helped nurture young reporters and editors outside his own newsrooms. “The best stories are about conflict,” or where “the stated intent or purpose goes horribly awry,” he told a writing seminar at the FCC’s journalism conference in 2017.

He edited early stories on China’s response to the coronavirus pandemic cited in the Times’ 2021 Pulitzer Prize for Public Service. In addition, he contributed to coverage of Beijing’s crackdown on predominately Muslim minority groups that was a Pulitzer finalist in 2020.

After the Times decided to move much of its editing operations in Asia from Hong Kong due to difficulty obtaining visas and the uncertainty created by the National Security Law, Tejada helped spearhead the establishment of a new regional hub in Seoul last year.

Tejada grew up in Arizona, the son of an immigrant from El Salvador and an English teacher from New Hampshire (his parents met when his father took his mother’s ESL class). The family lived for a time in a salvaged mobile home.

“There were javelina [a pig-like hooved animal] in the creosote [a desert shrub] and scorpions in the kitchen sink, but no telephones and no neighbours,” he said of that point in his childhood. “It was more fun than it sounds.”

He joined the Wall Street Journal as a spot news reporter in Dallas, Texas, before moving to New York to work as an editor.

He served as the Journal’s deputy bureau chief and Asia news editor in Hong Kong, then moved in 2011 to Beijing, where he was the paper’s China news editor. He returned to Hong Kong in 2016 when he became the Times’ Asia business editor.

Tejada met his wife, Nora, at the University of Kansas, where he studied journalism. They had a son, Marco, and a daughter, Gianna.