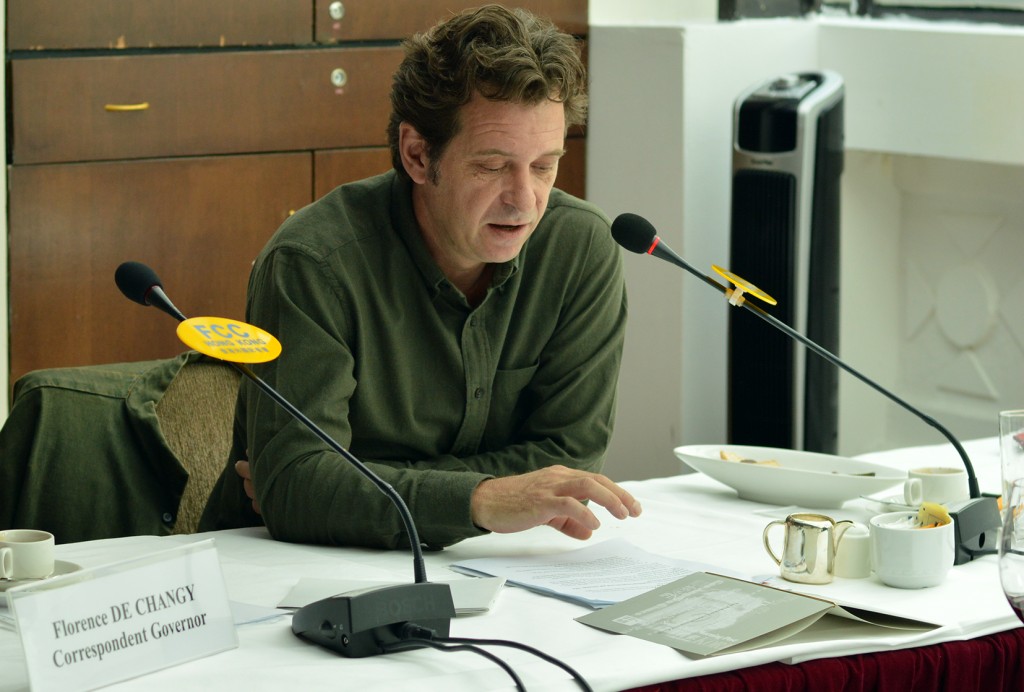 Rémi Carrier: War on terror could lead to a battlefield without doctors

A change in military strategies due to the war on terror risks a battlefield without doctors. That was the stark warning from guest speaker Rémi Carrier, executive director of Medecins San Frontieres (MSF) during a talk about the increasing level of attacks on hospitals and aid convoys in war-torn areas.

Carrier appealed to all governments to revoke their ‘license to kill all’ and once again guarantee protection to those brave medics working at the front line. He was also critical of the UN Security Council and U.S. government in failing to help establish responsibility for recent attacks on hospitals in Syria and Afghanistan.

“We seek accountability, not justice,” he said.

Speaking on November 3 at a talk titled Targeting Hospitals and Aid Convoys: Old War Crime or New Tactic?, Carrier explained how previously governments in war-torn countries had honoured the Geneva Conventions that cover the rules of war, as well as other international laws designed to protect hospitals and medical staff. However, in recent years the war on terror has led to a change in the rules and many countries now do not safeguard hospitals on the frontline. This has led to devastating attacks on medical facilities including Aleppo and last year’s atrocity in Kunduz, Afghanistan.

Of the Kunduz incident, in which 42 people – including medical staff – were killed after a sustained bombing of the hospital, Carrier said that the only official response to questions of why it had happened had come from the U.S., who had produced a report citing ‘mistakes’ and technical errors. Carrier told how the raid had begun in the early hours and lasted 45 minutes, during which time patients burned and those fleeing the hospital were shot from the air. There had been a strict no weapons policy at the hospital, meaning there was supposed to be an understanding that it was not a legitimate target.

He said MSF did not accept the findings of the report and was pushing for an independent inquiry to provide accountability. When pressed, Carrier said: “(There were) Special Forces on the ground. There was technology. A very expensive plane. A report about technical issues and radios with no batteries. It’s a bit too much… We’re doubting and we do not believe what we have read.”

Carrier said new anti-terror framework now meant that international laws were being ignored, and that governments believed they could go after their enemies in ‘unrestrained fashion’ – meaning ‘today everybody is an enemy’.

He added that the recent escalation in attacks on medical facilities had led to extremely low morale among some of the 35,000 medics working for MSF. “It’s terrible. It has been a big shock for the organisation.”

MSF plans to reopen the hospital at Kunduz, although it is seeking a new facility because ‘our staff on the ground are saying they don’t want to work again in places their colleagues have been killed’.