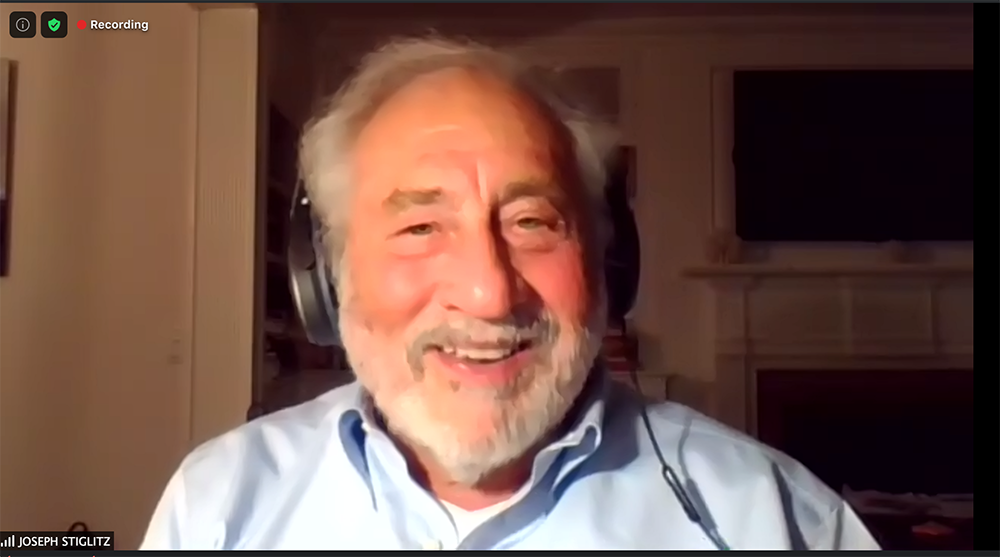 He said the possibility of decoupling between the two nations depended on the results of the election, adding that there were ‘very strong strands in the United States that are very concerned’ about China’s human rights record and believe America should express its views on the matter.

Stiglitz, who was awarded the Nobel Memorial Prize in Economics in 2001, said the Trump administration had moved the relationship between China and the U.S. into issues of ‘second-rate importance, away from issues of real importance’.

“I hope we can cooperate, because we can cooperate if there is a restoration of democracy to Hong Kong, there’s respect for human rights, the Uyghurs… if there’s a movement away from the surveillance state… there’s lots of room for cooperation. But I worry about whether we’ll achieve that,” said Stiglitz.

On Hong Kong, Stiglitz – a professor at Columbia University – warned of the ‘profound effect’ the national security law would have on China’s relationship with the West.

The ‘ambiguity’ of the law itself is already making people ‘nervous’ about going to China, he said.

“I’m not very optimistic about Hong Kong. I think that the national security law is going to have big reverberations for all of China. I know a lot of people who are now nervous about going to China because they’ve been outspoken about democracy, about Hong Kong, about human rights and they worry ‘will they be entrapped by the new law?’” he added.

Stiglitz, author of several acclaimed books on economic policy, said Hong Kong is not being forgotten by the rest of the world, adding: “I think what is happening to Hong Kong is going to have a profound effect on the relationship between China and the West.”

Turning to the coronavirus pandemic, Stiglitz, author of People Power, and Profits: Progressive Capitalism for an Age of Discontent, said America’s handling of COVID-19 was ‘an utter disaster’ because the ‘pre-existing conditions were already bad’. He cited lower life expectancy under Trump, a lack of hospital beds and vital protective equipment, and the defunding of the Center for Disease Control as pre-existing conditions.

He said Trump’s ‘vaccine nativism’ was an ‘ugly aspect’ of the aftermath of the pandemic, which he said could only be solved by global solidarity, not by attempting to hoard a vaccine.

Stiglitz said Trump’s ‘America first’ stance had made it increasingly difficult for the United States to cooperate with other countries. He added that Trump ‘seems to have a love affair with every authoritarian figure in the world’.

“This is a global issue of the democracies of the world – Europe, the United States, Canada, Australia, New Zealand – versus authoritarian governments. It’s not a battle over the ideologies in the way that it was communism versus capitalism – it’s really a very simple battle between democracy and authoritarian respect for human rights,” he said.