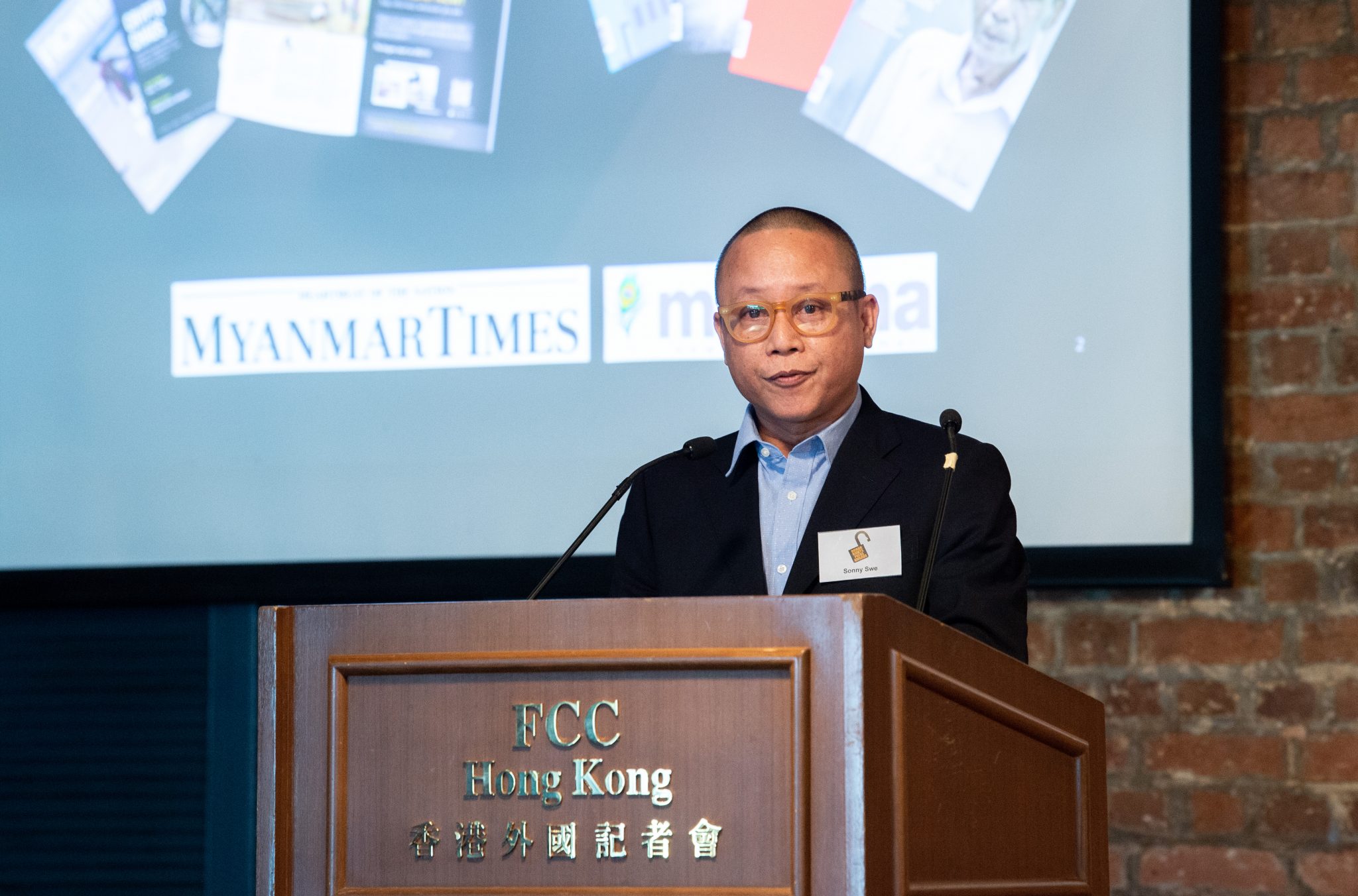 Myanmar media pioneer Sonny Swe spoke of his struggle to maintain press freedom in Myanmar, where he was jailed for eight years in a media crackdown.

Speaking at the 22nd Human Rights Press Awards, Sonny said that the state of press freedom in Myanmar currently resembled the dark days of military rule, adding that it was a “critical moment” for the media there.

When Aung San Suu Kyi, a former prisoner herself, won the 2015 Myanmar election, Sonny said, there was hope for press freedom under the new government. in the same year, Sonny launched the Frontier Myanmar magazine. However, he said under the new government more journalists than ever had been arrested, many of them covering the Rohingya crisis in Myanmar’s Rakhine state.

Sonny said access to information was also becoming a bigger challenge, and self-censorship was on the rise.

He said the issue of press freedom had always been an “uphill travel” in Myanmar, and vowed to continue fighting for it.

The Human Rights Press Awards recognise top rights-related reporting from around Asia, with the goal of increasing respect for people’s basic rights and focusing attention on threats to those freedoms.