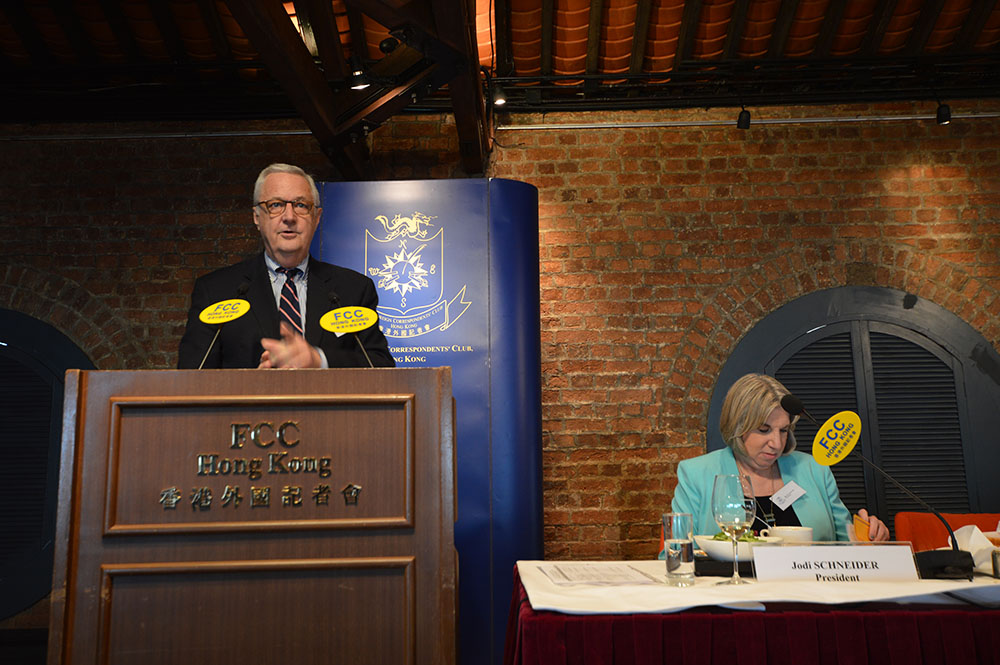 China’s foreign relations have come a long way in the last 70 years, but major powers are held to higher standards and more is expected of Beijing, according to an expert on contemporary China.

Professor David Shambaugh outlined some of the major challenges facing China, including how it manages its reputation among its neighbours, and globally.

Speaking at the October 22 club lunch, Prof Shambaugh said another challenge the country faced was its relationship with the United States, which he said had deteriorated in recent years because the previously dominant cooperative element had been superseded with a competitive element. At the same time, China had significantly strengthened its relationship with Russia, he said, a relationship that at its core was driven by anti-Americanism.

“The so-called strategic triangle is back and orientated again at the United States at this time,”  Prof Shambaugh, the Gaston Sigur professor of Asian Studies, Political Science & International Affairs, and director of the China Policy Program in the Elliott School of International Affairs at George Washington University in Washington, said.

He pointed to China’s multibillion-dollar investment in overseas propaganda as an example of its push for soft power but suggested it wasn’t getting a “return on its investment” as it slips down the global image rankings.